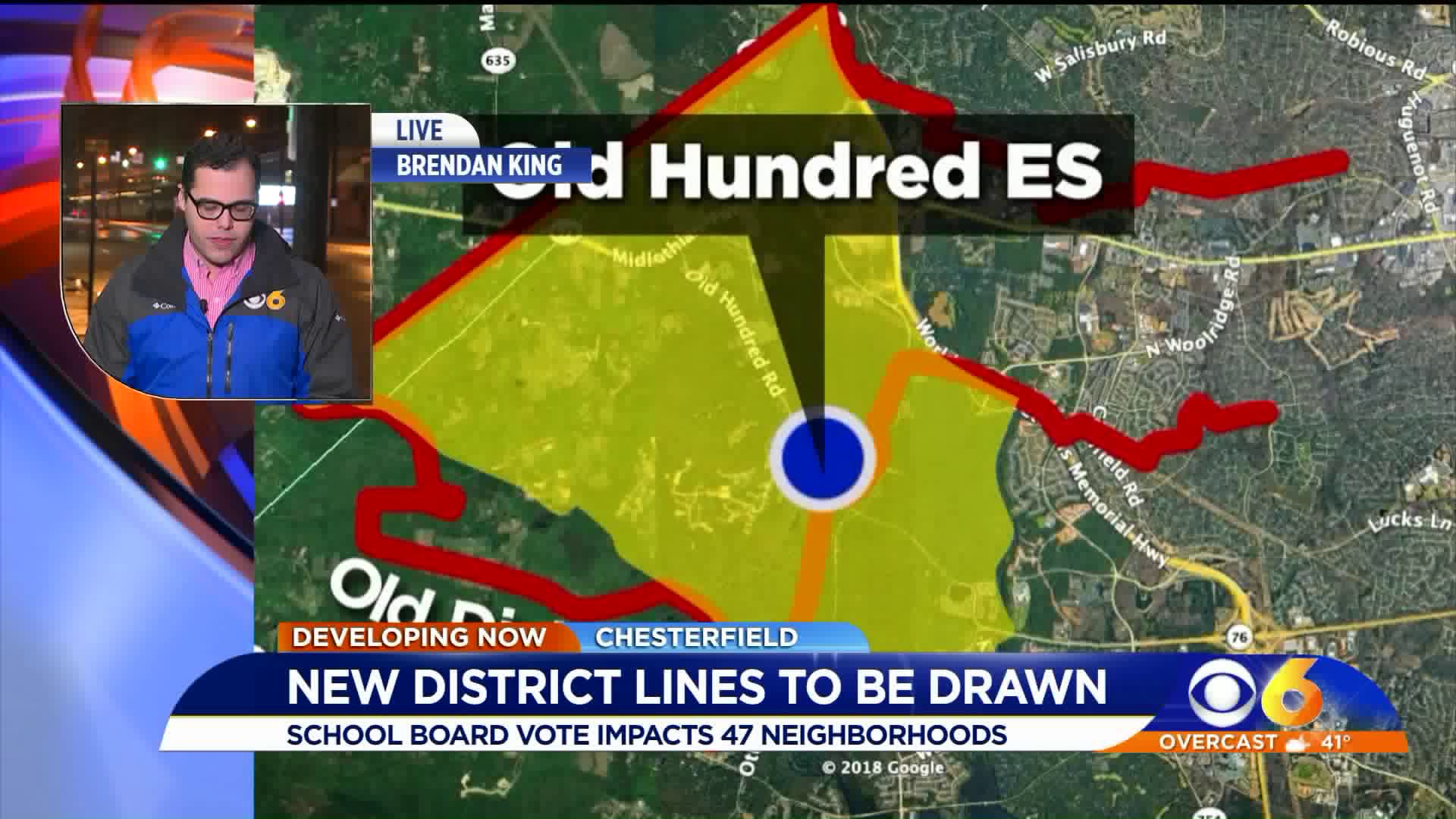 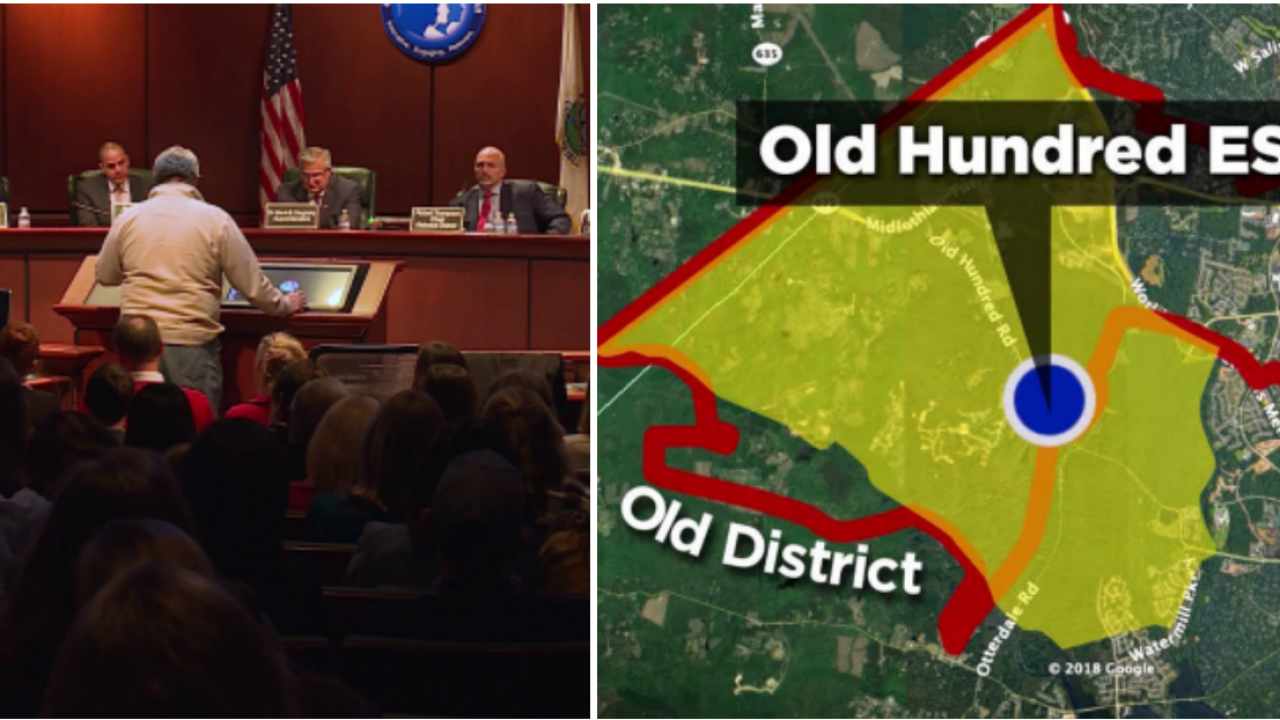 As progress in the construction of Old Hundred Elementary moves forward for a fall of 2019 opening, the new school was designed to ease overcrowding at multiple elementary schools, including Watkins, Swift Creek, and Evergreen.

The vote was originally scheduled for January, but was delayed after concerns from parents that their children would attend schools miles away from their homes under the drawn boundaries.

Multiple redistricting plans discussed by board members over the past several months brought outcries from the Watermill community, which would have seen half their elementary students attend the new school, while the other half would continue to attend Swift Creek Elementary School.

The School Board called the redistricting plan "unique" because the plan impacts three magisterial districts.

Two parents spoke in opposition to the plan, while one parent supported the item during the public comment period.

Tricia Laux was one parent who asked the board to delay the vote and revisit the plans because of "inconsistencies."

Dianne H. Smith, who represents the Clover Hill District, called for a motion to adjust the Watermill subdivision from Swift Creek to Old Hundred Elementary. The motion was denied.

Smith said the county attorney determined she did not have a conflict of interest despite her son and grandchildren live in the areas impacted by the redistricting.

Bermuda District representative Carrie Coyner said, "I don’t think our numbers are still right to this day. I brought up the fact that the data we were provided with the first time around wasn’t accurate. I think that has been proven right."

Coyner stated her concerns with the projected growth the booming neighborhoods in the area could see in the upcoming years.

But, Board Vice Chair and Midlothian District representative Dr. Javaid Siddiqi said the purpose of a new Old Hundred Elementary was to relieve overcrowding at Watkins Elementary.

"There will not be trailers at Watkins come September. That will be a first in many many years. I’m excited for that. I think we will allow for more growth at Old Hundred because in reality they are coming," Siddiqi said.

Approximately 1,000 students would be impacted by the plan when Old Hundred Elementary opens in September.

Marcin Flisiaks' son attends an elementary schools miles from his home, with the new school only a mile away.

His neighborhood, though very close to the new school is not included in the new redistricting plan.

"When you look at the map and where the County builds the new school, the closest community to the Old Hundred Elementary is our community, Watermill," Flisiak told CBS 6 last month.

The Edgewater neighborhood, which is further away is on the re-districting list.

When Flisiak is asked if that makes sense he says "No, to me, no."

The School Board voted three to two approving the redistricting plan, while Smith and Coyner voting against the item.