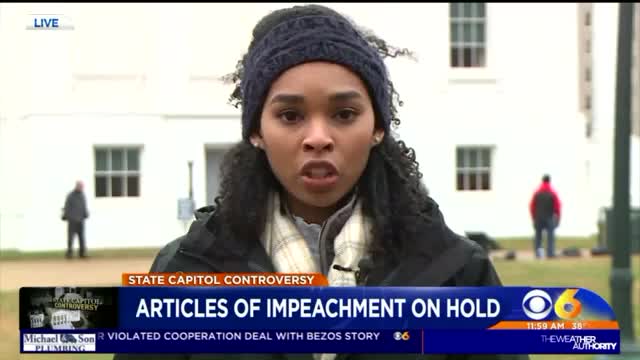 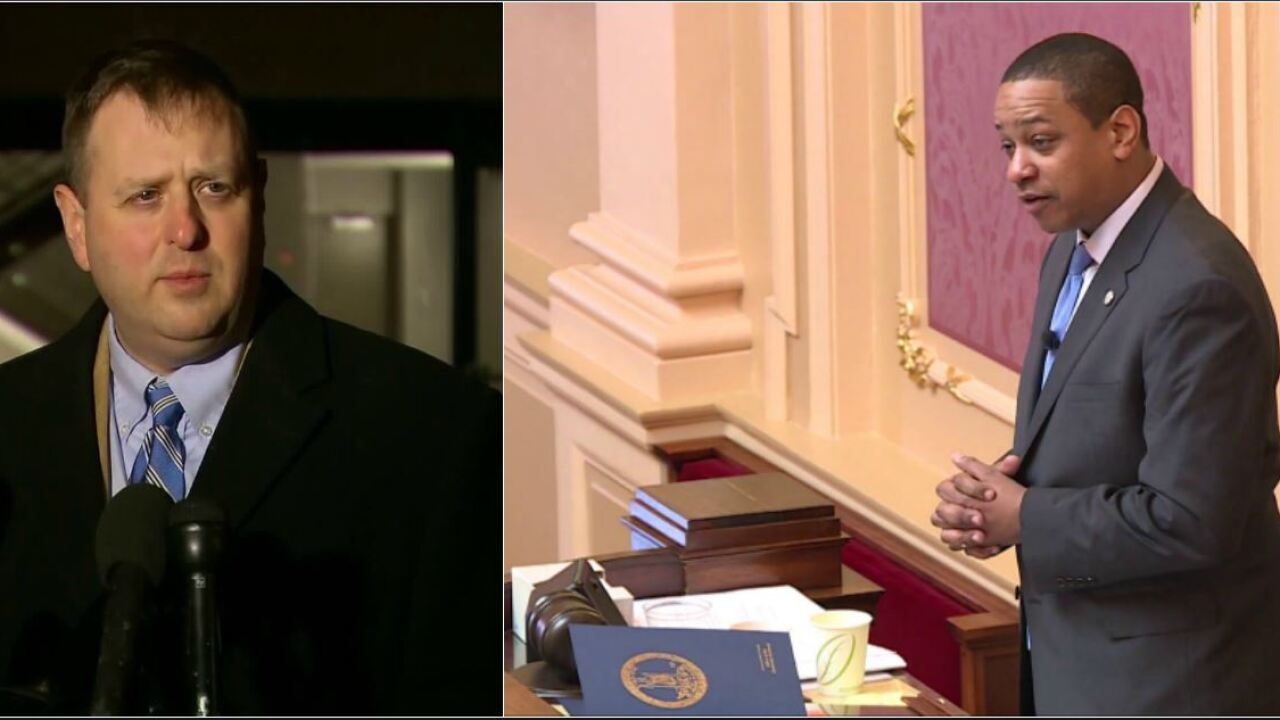 "Yesterday I sent draft language to my colleagues on the first step of an impeachment action regarding the Lt. Governor. There has been an enormous amount of sincere and thoughtful feedback which has led to additional conversations that need to take place before anything is filed," he wrote in a tweet early Monday.

Hope's decision came during a conference call Sunday night with Democratic members of the Virginia House of Delegates in which members voiced their strong opinion to Hope that the caucus was not prepared for articles of impeachment to be introduced, according to a source familiar with the talks.

In another tweet, Hope said, "We owe it to all parties involved - especially the victims - to make sure that we have thought through every option the General Assembly has," adding that he believes the two women who have accused Fairfax of sexual assault. According to the source, Hope was assured during the call that Democrats will support some form of an independent investigation into the matter.

"I promise that my work on this issue will be tireless until we have a process and outcome that treats these women with the respect they deserve going forward," he wrote in a third tweet.

Yesterday I sent draft language to my colleagues on the first step of an impeachment action regarding the Lt. Governor. There has been an enormous amount of sincere and thoughtful feedback which has led to additional conversations that need to take place before anything is filed.

Hope's plan to introduce articles of impeachment had been in the works since at least Friday. In an email sent to his House Democratic colleagues, he said that he planned to file a resolution first thing Monday morning that lists the reasons he believes that Fairfax's conduct warrants removal from office.

The lieutenant governor was accused by two women of sexual assault, including rape by one of the women. Fairfax released a statement on Saturday acknowledging both interactions with the women, but said both instances were consensual.

Had Hope introduced the resolution, it would have been the first step in the removal process. The process begins in the House, and if it passes with a majority vote, it moves to the Senate, where a trial would be held to determine if Fairfax will be removed.

The resolution must have the support of the Speaker of the House, Republican Kirkland Cox, in order to even be brought for a vote for the house floor. He had not indicated if he would allow that to happen.

The resolution would have come at a time when the top three elected officials in Virginia are embroiled in scandal. A photo surfaced from Virginia Gov. Ralph Northam's decades-old medical school yearbook showing one person wearing blackface and one person wearing a white KKK hood and robe. Northam said he has no plans to resign despite mounting pressure. Virginia Attorney General Mark Herring also admitted last week he wore blackface at a 1980 party.

A copy of the drafted resolution, obtained by CNN, reads, "the House of Delegates believes all allegations of sexual assault must be taken with the utmost seriousness," and describes the allegations made by the two women as "credible in nature."

The resolution reads: "now, therefore, be it RESOLVED by the House of Delegates, That proceedings for the impeachment of Lieutenant Governor Justin E. Fairfax shall be initiated."

The resolution also would have directed the House Committee for Courts of Justice to hold hearings "to inquire into the allegations made against" Fairfax, and whether his alleged actions against the two women "constitute conduct sufficient to provide grounds for impeachment pursuant to Article IV, Section 17 of the Constitution of Virginia."

Fairfax's spokeswoman Lauren Burke issued a statement in response to reports that Hope was planning to introduce the resolution that reads, "The Lt. Governor is aggressively exploring options for a thorough, independent, and impartial investigation of these allegations. We hope, for example, that the FBI will show a willingness to investigate."

"It is especially important in the most difficult of times that we pay attention to our fundamental Constitutional values," the statement continues. "He believes that an inherently political process is not the most likely path for learning the truth."

"The Lt. Governor is confident in the truth that will emerge from an independent impartial investigation," the statement reads.