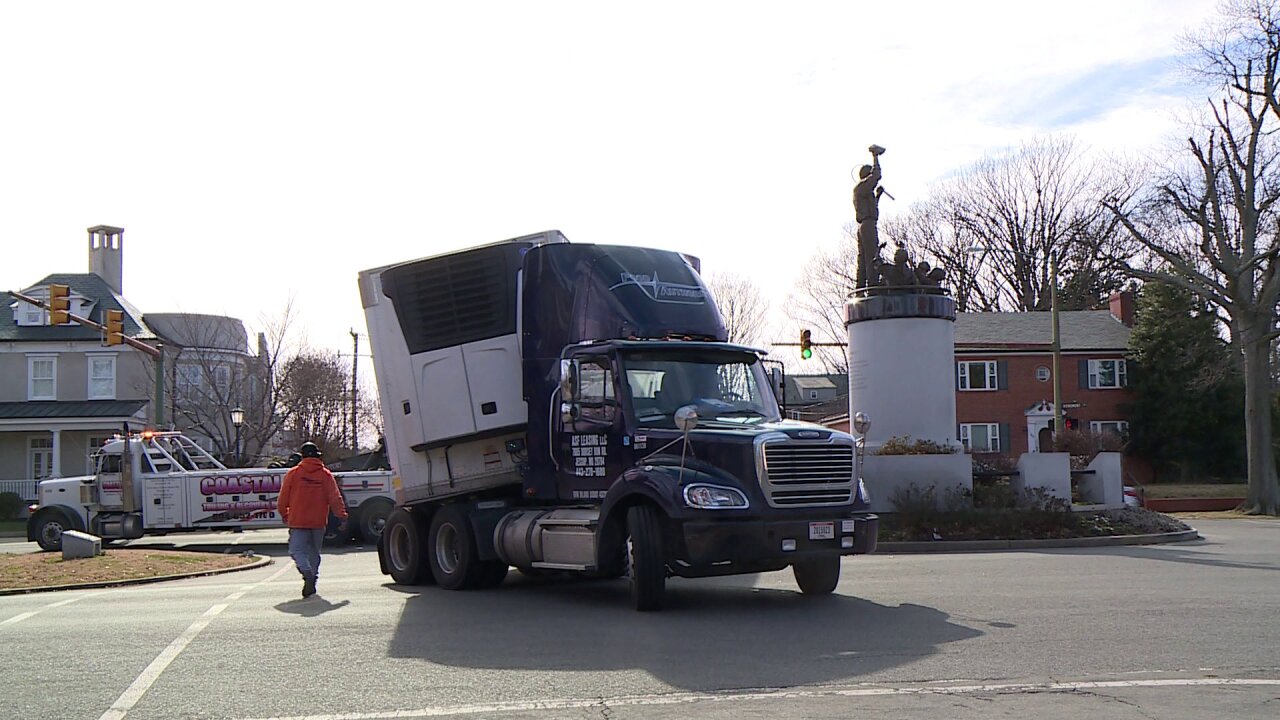 RICHMOND, Va. – Historic Monument Avenue in Richmond has reopened after a tractor-trailer got stuck trying to make a turn at the Arthur Ashe statue Saturday afternoon.

Richmond Police said the semi was trying to make a wide turn when the big rig became lodged on the statue’s concrete outer ring just after 1 p.m.

Officials said the monument’s base has “minor damage,” but that the statue itself was not impacted.

Police said a tow truck was able to extricate the truck from the monument’s base.

Investigators said the driver of the truck, who was not injured, was cited in the crash. 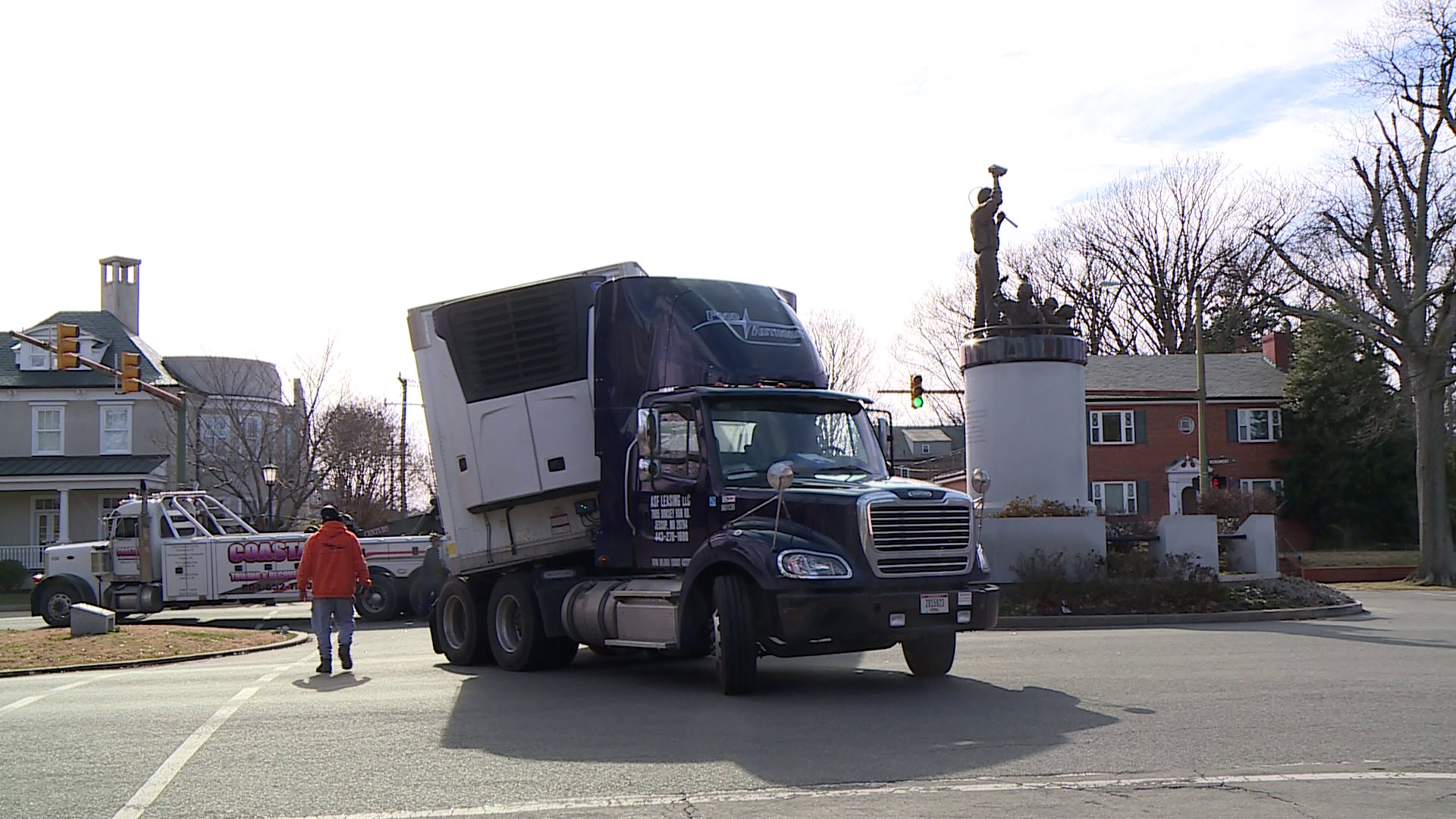