Ex-CIA and FBI director, both threatened by scammer, help put him in prison 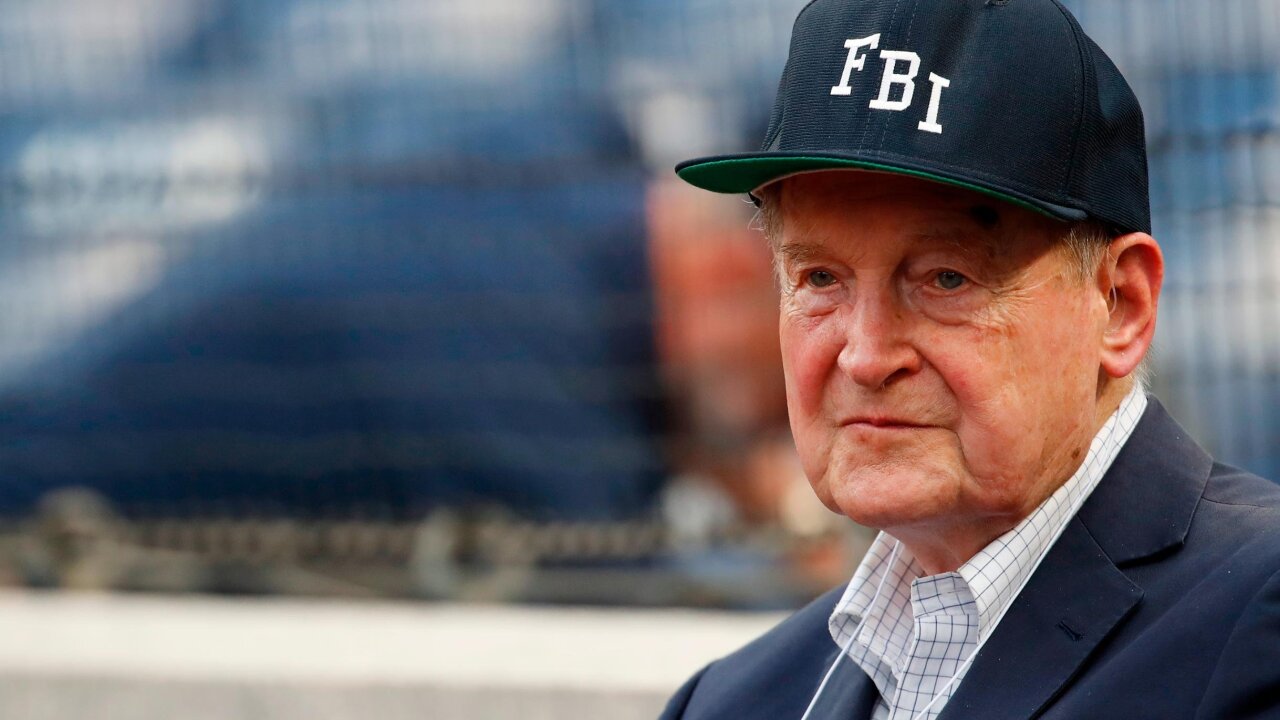 William Webster and his wife Lynda were targeted four years ago by a man who peddled a lottery scam over phone calls and emails.

A Jamaican man chose the wrong person to try to extort: the only one to lead both the FBI and CIA.

William Webster, who is now 94 years old, and his wife, Lynda, were targeted four years ago by a man who peddled a lottery scam over phone calls and emails. Over multiple phone calls, Keniel Aeon Thomas of Jamaica told the Websters he’d set their house ablaze or have a sniper shoot them in the back of the head if they didn’t pay him thousands of dollars, according to prosecutors’ filings.

The Websters say they used their knowledge of the FBI to help send him to prison, which a federal judge did on Friday after both spoke to the court.

“We are lucky that we have a few friends that could be helpful to us,” Lynda Webster told the judge.

William Webster received the first call. The caller, Thomas, identified himself as “David Morgan,” the head of “Mega Millions.” Thomas told Webster he had won $15.5 million and a Mercedez-Benz and needed to wire $50,000 to cover taxes before collecting the award. That’s when Webster first reached out to the FBI.

The caller tried again the next day, reaching William Webster once more, who told him he didn’t have the money readily available.

About a month later, Lynda Webster picked up a call from a blocked number on the Websters’ home phone. Again, it was Thomas. The scammer in Jamaica said he was watching the Webster’s house — even described to Lynda what it looked like — and knew they hadn’t been home the previous night.

Lynda Webster thought fast. She still remembers FBI numbers, she said, so while on the call with Thomas, she picked up her cell phone and dialed in an agent to listen.

This time, Thomas told her she needed to pay $6,000 or he’d find her at her white brick house and would put a bullet “straight to the head,” according to court filings.

Lynda Webster received two more calls from “David Morgan” in the following days. He said they needed to pay or she and William Webster would be killed.

Thomas “said that the FBI and CIA would never find him,” prosecutors wrote in their initial criminal complaint.

After his arrest in late 2017 as he got off a plane in New York to visit a friend, Thomas pleaded guilty to one extortion charge. He admitted to threatening the Websters.

“The threat of death to another person is a most serious offense,” William Webster, who is also a former federal judge, said in court at Thomas’ sentencing Friday. “We were not harmed physically, nor did we fall prey.”

The Websters’ identity as victims in the case wasn’t unveiled until the hearing Friday. Previously, case filings called them by their initials and referred to Webster only as “a judge.” He was the third director of the FBI, first appointed by President Jimmy Carter, then moved to the CIA’s top position in 1987. In addition to leading the FBI and CIA, Webster served as a federal district and appellate judge in the 1970s. He is currently chairman of the Homeland Security Advisory Council.

At his sentencing Friday, Chief Judge Beryl Howell of the district court in Washington noted that Thomas had more than 30 victims and had collected hundreds of thousands of dollars from them.

One of the victims, an 82-year-old Californian, responded to Thomas, who had called himself “Obama” on the phone, by sending him more than $600,000 in one year, prosecutors said. Another man in California paid Thomas $87,000.

Howell was astonished the Justice Department hadn’t brought Thomas to justice sooner after the Websters’ 2014 ordeal, for which prosecutors filed a criminal complaint. He was not extradited from Jamaica.

She commended the Websters’ quick thinking in the case. “You continued your public service,” Howell said to the Websters in court. “It is a real honor to have you in my court.”

After the hearing, Lynda Webster didn’t fault the FBI and the Justice Department’s four-year lapse in action.

“Our FBI has a very full plate,” she said. “They’re doing amazing work.”

Webster, who runs an event management company in Washington, said she and her husband spoke about their experience in court and to CNN as a way to draw attention to frauds targeting older people.

Prosecutors noted in their court papers that lottery scams like these have increased over the last decade. They often turn into violent threats when a target won’t pay. Some victims are warned not to speak to others about their supposed winnings and are scared by the threats and details the perpetrators learn about their targets from Google Earth and other data, prosecutors say.

The experience with Thomas also disrupted the Websters’ travel plans. They had traveled to Jamaica often, loving the country, and were even invited by friends to go this weekend. But the Websters won’t. They fear for their safety there, they said.

Thomas, who is 29, received a sentence of almost six years in prison and then will be deported to Jamaica. He has been in jail in New York and DC since his arrest, where his attorney says he’s been beaten multiple times because of his nationality.

Before learning his sentence, Thomas turned away from the judge to face the Websters, who were sitting in the courtroom. “I really didn’t mean to hurt you guys,” he said, before speaking about his home country. “We love you guys. We love tourists.”