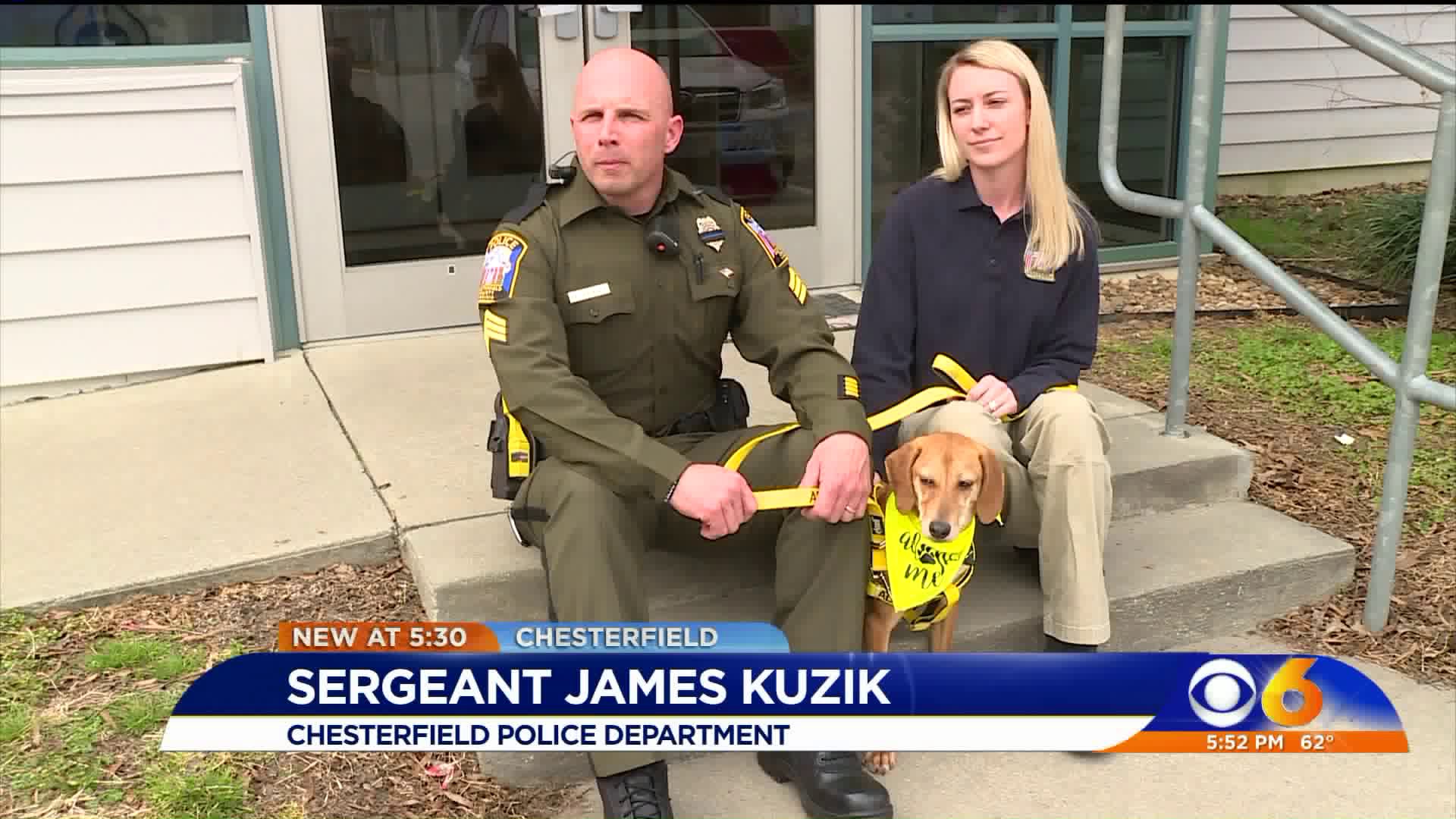 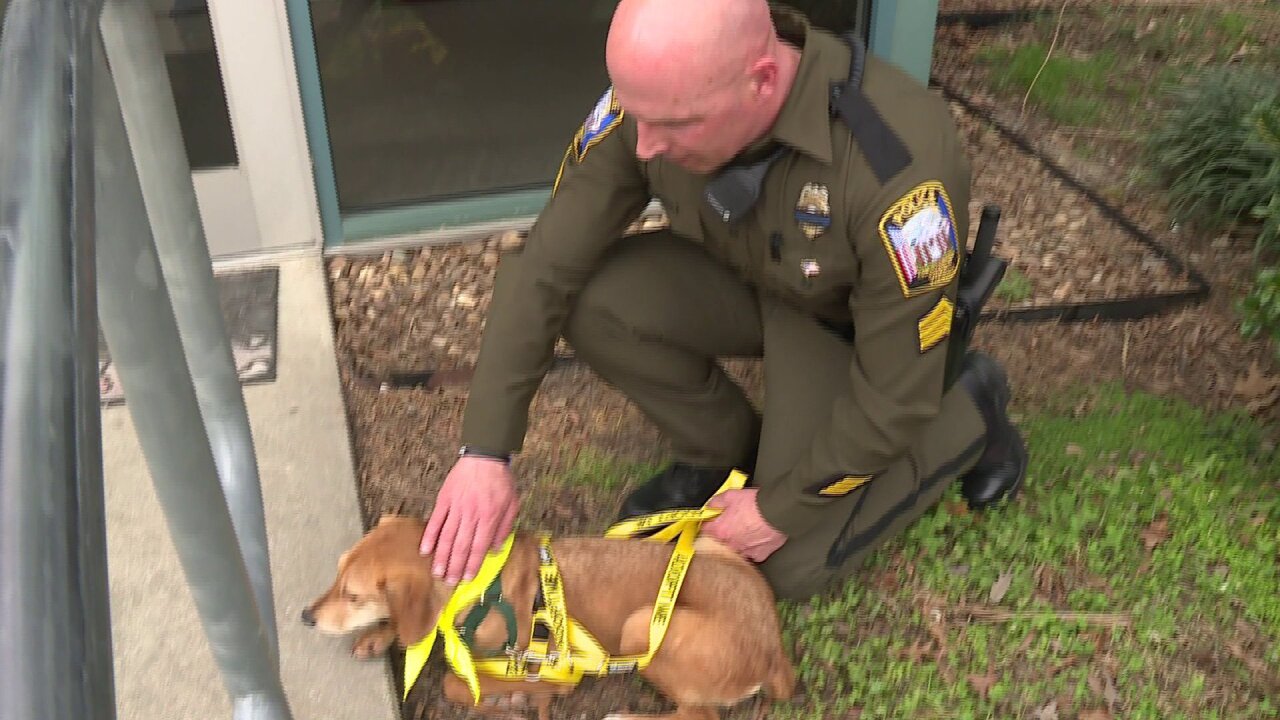 CHESTERFIELD COUNTY, Va. -- Some officers patrolling are now paired with dogs who are up for adoption as part of a new community patrolling program launched this week in Chesterfield County.

Dogs like Sassy, a one-year-old female hound mix, are up for adoption and was paired with Sgt. James Kuzik on Thursday.

The dogs wear a special yellow "adopt me" bandanna that say "adopt me" when they are out with officers, so they stand out and let people know they are looking for a family.

The manager for Chesterfield Animal Services said programs like this get adoptable dogs out to engage with the community.

Sgt. Kuzik said the dogs also help "build the bond" between police and the community.

Sgt. Kuzick said the first dog officers took out found a potential new family within minutes of meeting some new friends at a park.

We're excited to tell you all about this new program! If you see our Community Policing Officers and shelter dogs on Community PAWtrol, stop by and say hello! https://t.co/AGYA4s0dei

Roger was returned home to his owner through our Free Ride Home program. Did you know in 2018, our officers returned 663 animals home instead of taking them to the shelter? Make sure your animals have identification so we can reunite you with your pet. #freeridehome pic.twitter.com/xhR1oaDnsP