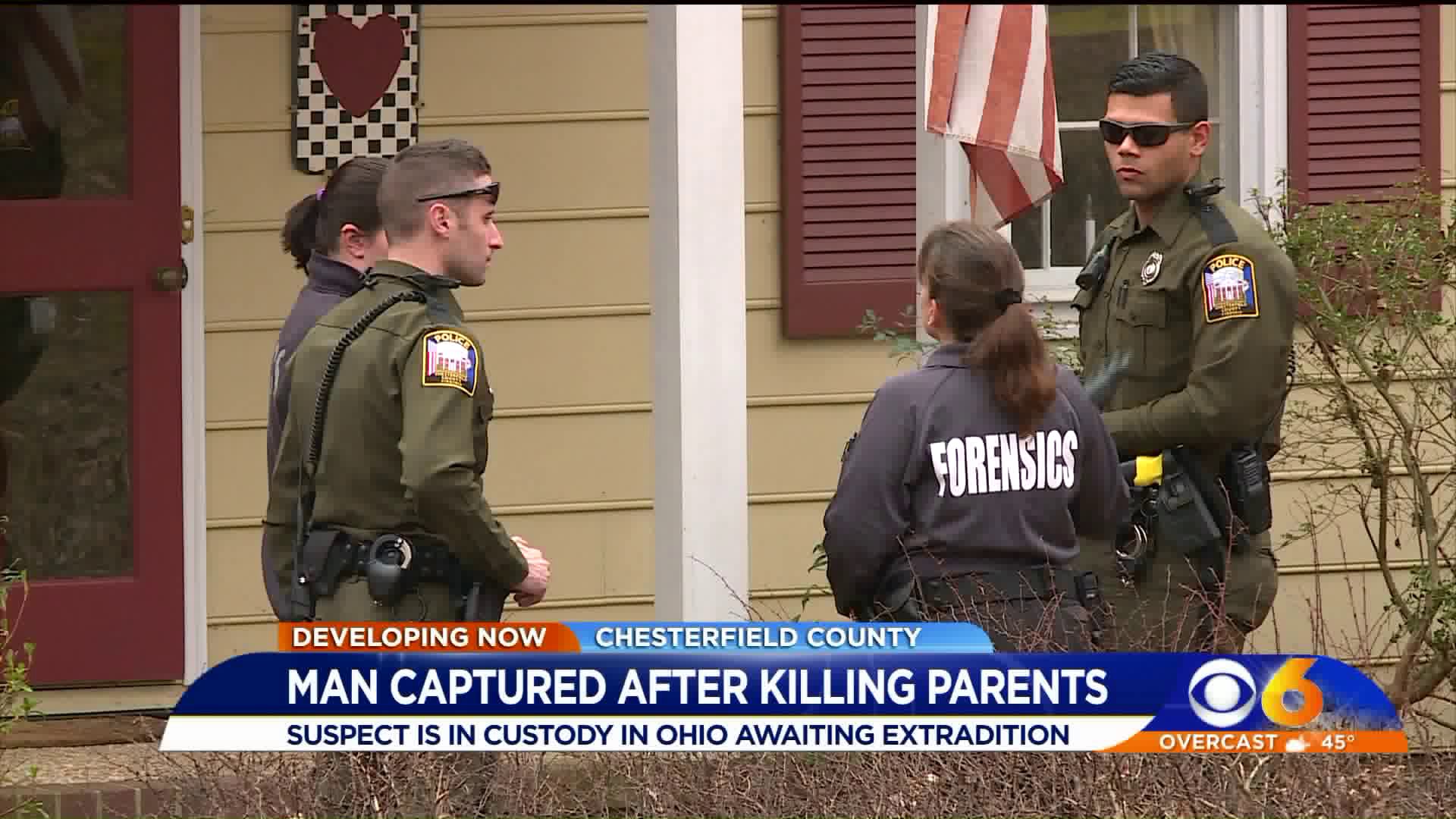 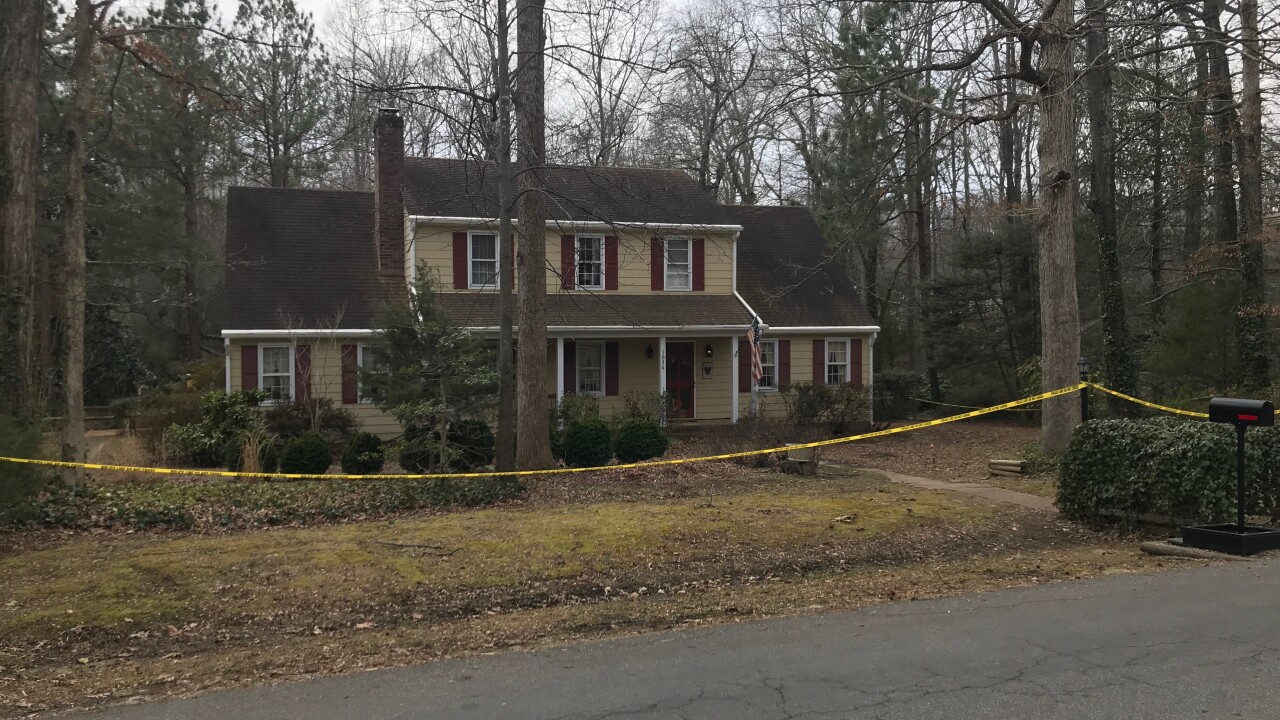 CHESTERFIELD COUNTY, Va. -- Police said the adult son of a Chesterfield couple found dead in their home Saturday has been arrested in Ohio for the murder of his parents.

Crime scene tape Sunday outside the home of Jan and Victoria Ralph.

Officers were called the home of Jan and Victoria Ralph in the 1000 block of Castle Hollow Road in Chesterfield around 4:30 p.m. Saturday to perform a welfare check.

Once officers entered the home, they found a body believed to be that of 86-year-old Jan Ralph.

Officials first reported Ralph's wife, Victoria Sophia Ralph, as missing. However, officers noted they were no longer searching for her just before 1:50 a.m. Sunday. Police later said officers discovered the 79-year-old's body after they obtained a search warrant for the home.

That is when officers began searching for the couple's 53-year-old son.

Once Raff was located by officers in Ohio, Chesterfield Police obtained warrants for him on two counts of first-degree murder.

Raff remains behind bars in Ohio awaiting extradition. Officials said those warrants will be served when he is back in Virginia.