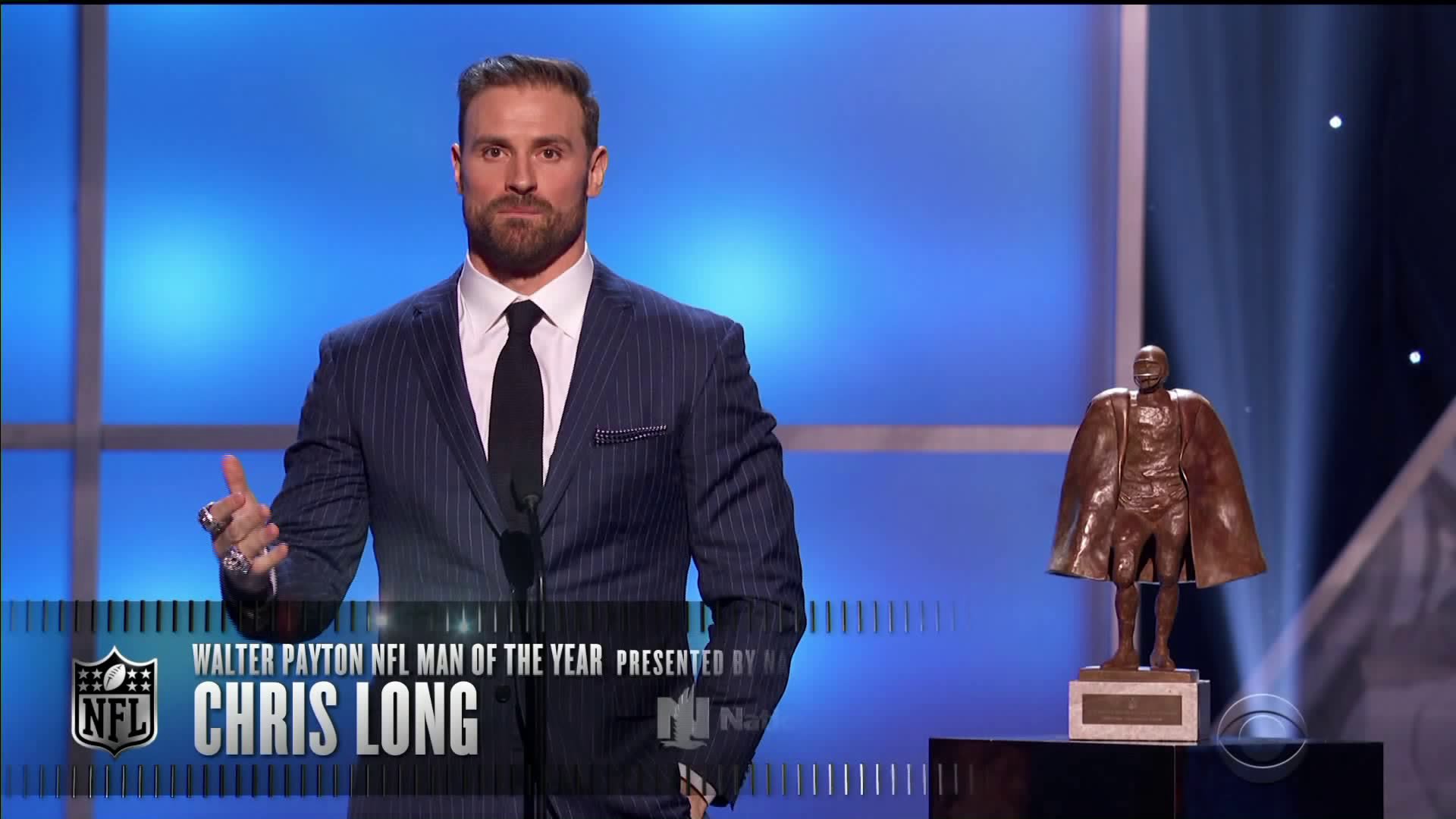 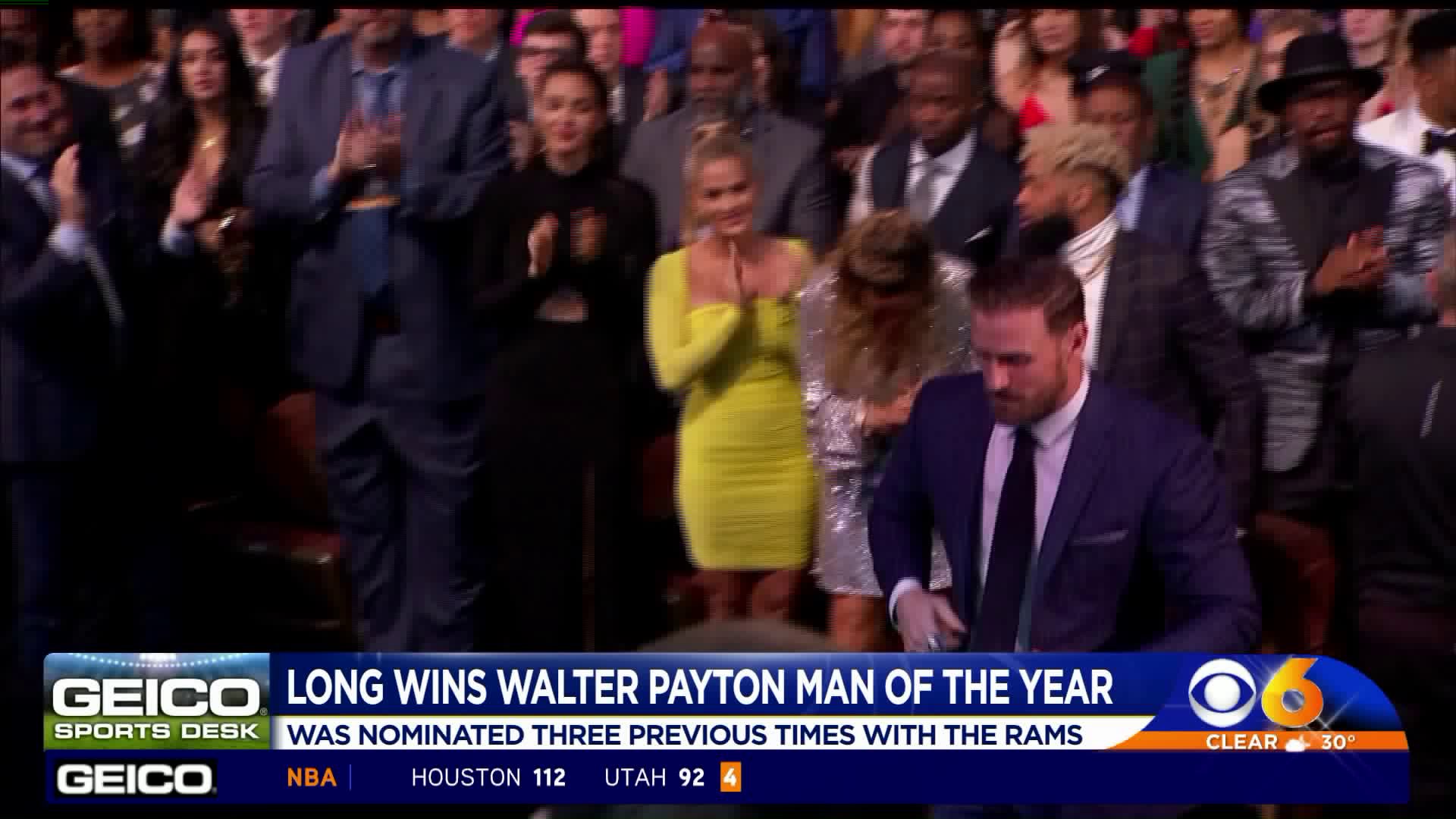 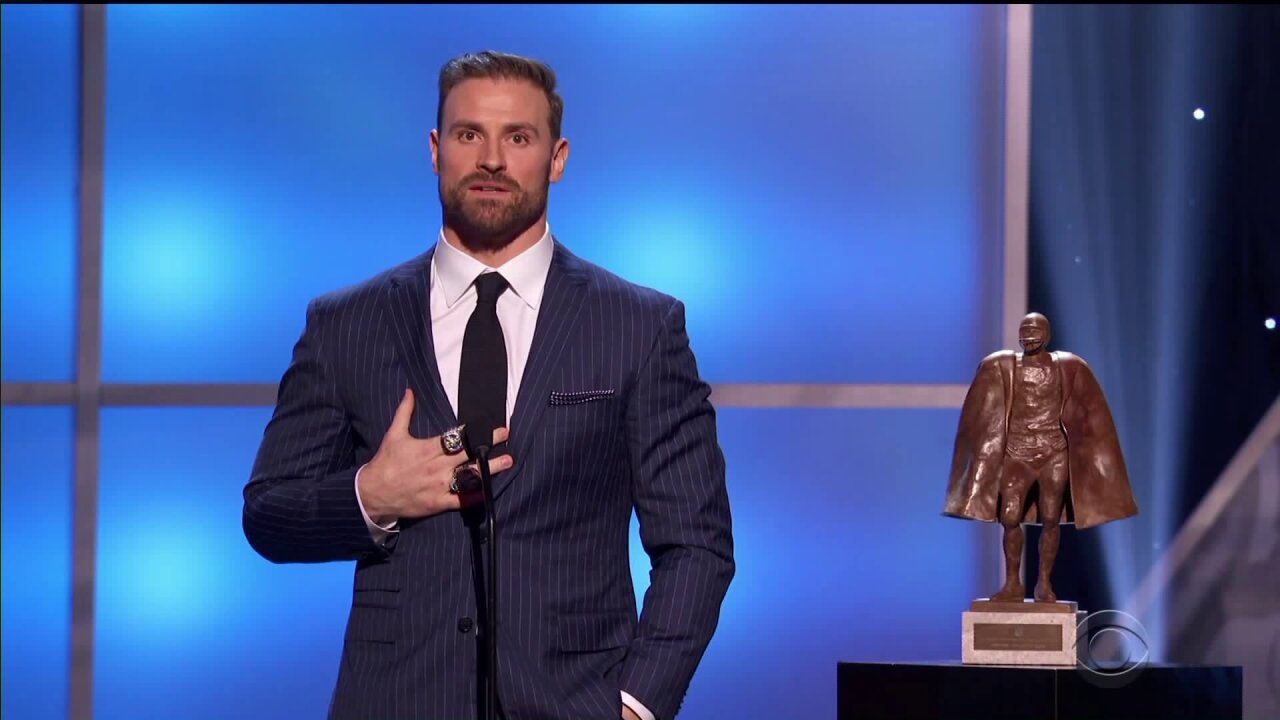 ATLANTA -- NFL star and former University of Virginia standout Chris Long has been named Walter Payton Man of the Year for his humanitarianism and excellence on and off the field.

Long, the son of Hall of Famer Howie Long, is well known for his charity work off the field, including donating his first four game checks of the 2018 season to fund his "First Quarter for Literacy" program. The initiative gives free books to children in underserved neighborhoods and promotes the importance of early childhood literacy

During the 2017-2018 season, Long donated his entire year’s salary, roughly $1 million, to support educational initiatives in his hometown of Charlottesville and three cities that he has played as a professional - St. Louis, Boston and Philadelphia.

This is Long’s first time winning the award after three previous nominations when he was with the Rams.

“Walter Payton set a tremendous example of what it looks like to succeed on the field while leaving an even bigger legacy off it. I accept this award humbly and undeservingly join the company of men that have been honored before me,” Long Tweeted.

“Thank you to everyone — players, friends and fans — who have supported our work to transform communities locally and around the world. If it was not for you guys this would not be possible.”

After winning the award, Long addressed the other 31 nominees during his acceptance speech.

"I see it as more of a challenge than an accomplishment," said Long. "To be who we say we are, not just on easy nights like this, but when nobody's watching. For all the evils in the world, I think that apathy is the most dangerous. So to the other 31 nominees, thank you for caring and doing what you do, even when it may not be your problem

For winning the award, the NFL will donate $250,000 to the The Chris Long Foundation and an additional $250,000 will be donated to the United Way in Long's name.