Terry McAuliffe on Governor Northam: ‘It’s time for Ralph to step down’ 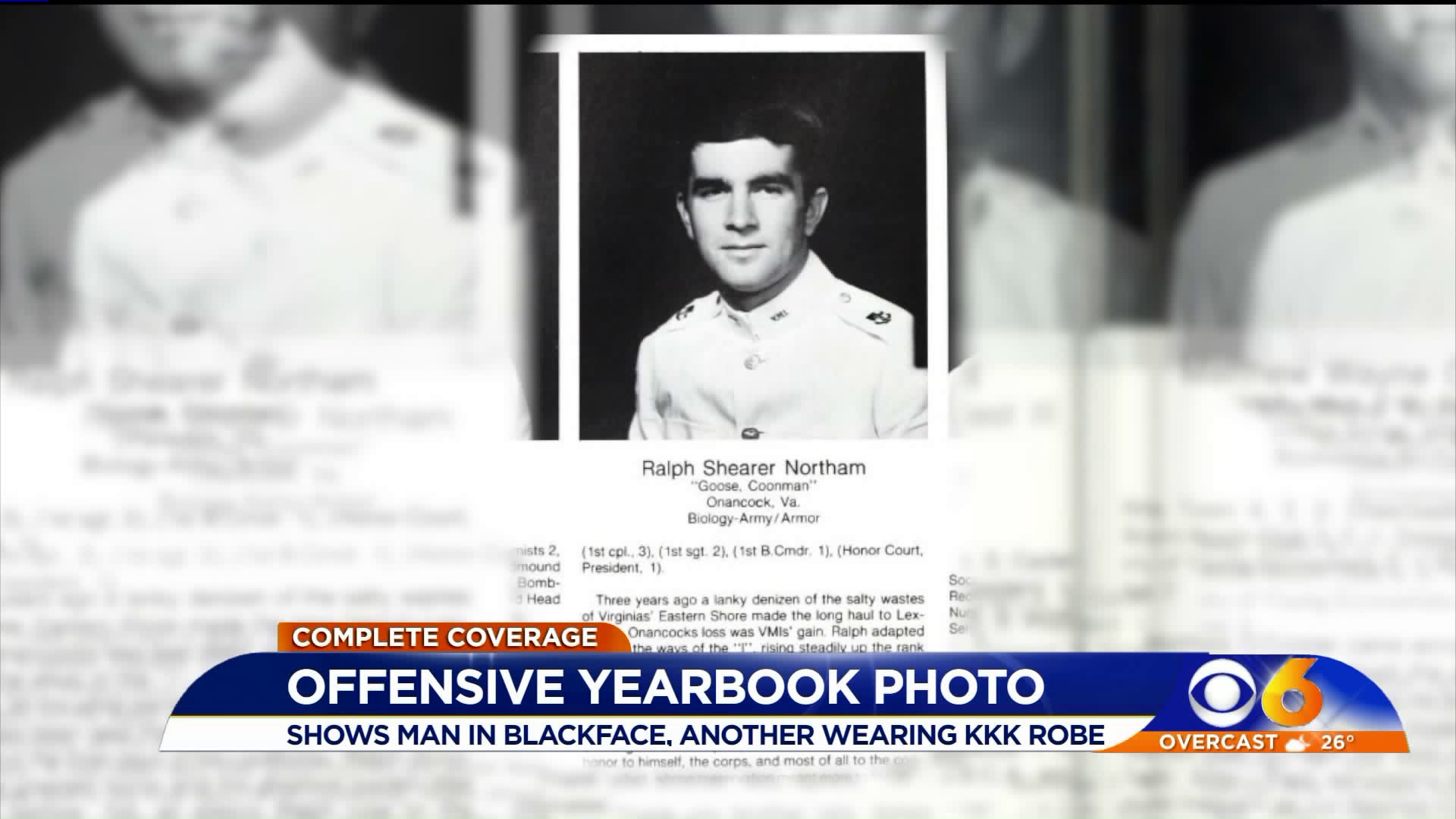 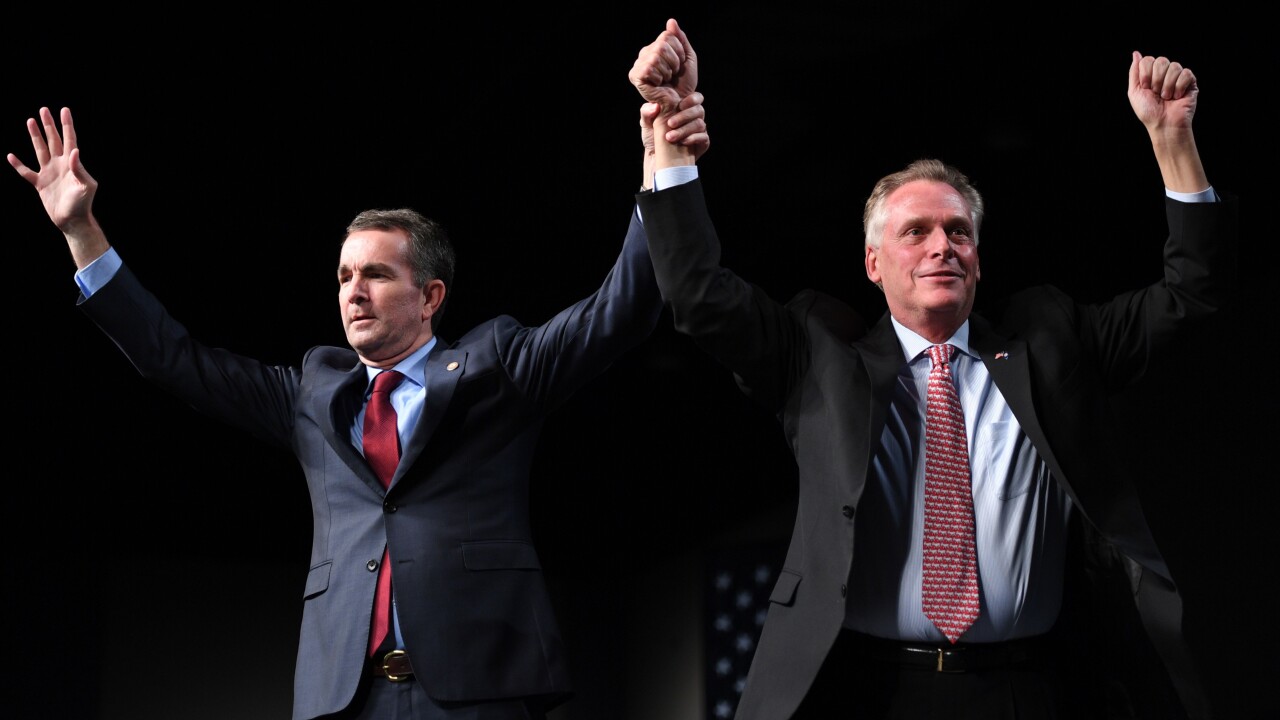 RICHMOND, Va. -- Former Virginia Governor Terry McAuliffe has joined the chorus of Democrats, Republicans, and Virginia voters calling on Governor Ralph Northam to resign after Northam confirmed Friday he was in a racist yearbook photo showing one person dressed in blackface and another in the KKK's signature white hood and robes.

"This has been a heartbreaking day. Ralph Northam is my friend and he served well as my Lt. Governor and as Governor," McAuliffe said. "His actions on display in this photo were racist, unacceptable and inexcusable at any age and any time.

The photograph appears in the 1984 yearbook for Eastern Virginia Medical School. Northam did not say whether he was wearing the KKK outfit or blackface.

The identity of the other individual in the photo is not yet known. The photo appears above Northam's yearbook quote: "There are more old drunks than old doctors in this world so I think I'll have another beer."

After the 1984 photo was released, a photo surfaced of Northam from his 1981 Virginia Military Institute college yearbook. Under the picture and his name, it listed two nicknames -- "Goose, Coonman" -- in quotes underneath. There was no explanation of the names or the use of Coonman, which can be a racial slur. The context was not explained.

CNN has reached out to Northam's office for comment on the 1981 photo.

Northam confirmed he was in the medical school yearbook photo, and said in a statement that the costumes were "clearly racist and offensive."

"Earlier today, a website published a photograph of me from my 1984 medical school yearbook in a costume that is clearly racist and offensive," Northam said. "I am deeply sorry for the decision I made to appear as I did in this photo and for the hurt that decision caused then and now.

"This behavior is not in keeping with who I am today and the values I have fought for throughout my career in the military, in medicine, and in public service. But I want to be clear, I understand how this decision shakes Virginians' faith in that commitment."

He added, "I recognize that it will take time and serious effort to heal the damage this conduct has caused. I am ready to do that important work. The first step is to offer my sincerest apology and to state my absolute commitment to living up to the expectations Virginians set for me when they elected me to be their Governor."

Later, in a video posted to his Twitter page, Northam indicated he does not plan to resign despite numerous calls for him to do so from both sides of the aisle. He said he intended to win back the trust of Virginians.

"I am committed to continuing that fight for the remainder of my term," he said.

While Northam has had a strong record on race-related issues and enjoyed broad African-American support during his political career, the photo putting Northam's political career on the brink also raises his uneasy past with racial issues. It was revealed during Northam's 2017 campaign that his family had owned slaves, and his alma mater -- the Virginia Military Institute -- still displays Confederate iconography.

While Northam appeared Friday night to be committed to staying in his office, it seemed as if the floor was quickly sliding out from under the second-year governor.

In a very closely watched and important loss of support, the Virginia Legislative Black Caucus called on him to resign Friday night.

In a statement, the group said that "we just finished meeting with the Governor. We fully appreciate all that he has contributed to our Commonwealth. But given what was revealed today, it is clear that he can no longer effectively serve as Governor. It is time for him to resign so that Virginia can begin the process of healing."

Shortly afterward, Virginia House and Senate Democrats and Northam's predecessor, Terry McAuliffe, also called on him to step down.

Condemnation from both parties

The head of the NAACP demanded that Northam step down.

"Black face in any manner is always racist and never okay," NAACP President Derrick Johnson tweeted. "No matter the party affiliation, we can not stand for such behavior, which is why the @NAACP is calling for the resignation of Virginia Governor @RalphNortham"

US Rep. Denver Riggleman, a Virginia Republican whose district saw the Charlottesville riots turn deadly in 2017, said that Northam owed him an explanation.

"As a Virginian & Rep. of Charlottesville, @GovernorVA yearbook photos hit more than a nerve," Riggleman tweeted. "This Virginian demands an explanation. Now. Issues of racial discrimination cannot be taken lightly & this type of behavior is dangerous & unacceptable in any form."

"Racism has no place in Virginia," Wilson said in a statement. "These pictures are wholly inappropriate. If Governor Northam appeared in blackface or dressed in a KKK robe, he should resign immediately."

"I hope that this picture is inaccurate and that the Governor brings clarity to this issue," Reeves tweeted. "This has no place in Virginia. If this is true, he should resign immediately."

Conway belittled Northam with a comparison to the controversy surrounding Supreme Court Justice Brett Kavanaugh's confirmation hearings, tweeting, "This should be easier work than parsing every word and semicolon in the Kavanaugh yearbook."

US Sen. Tim Scott of South Carolina, the only black Republican senator, urged voters to demonstrate "that there are consequences for such showcases of prejudice&hate," stressing that Northam's apology "does not excuse the choices made by @GovernorVA as an adult enrolled in medical school."

The editorial board of the Richmond Times-Dispatch, the newspaper for Virginia's capital city, called on Northam to resign. The board wrote that Northam had already angered Virginians with his abortion comments but the emergence of the photo was a step too far.

The photo's revelation "injures his standing and reputation beyond repair," the board wrote. "We all act foolishly in our youth. But a college graduate, studying to be a physician, in a state with Virginia's troubled racial history, should know better than to reduce that history to a callous joke.

"The photograph reveals a lack of adult judgment that is disturbing. It does not erase Northam's service in the military or his compassion as a physician. It does, however, strongly suggest that he should, for the good of Virginia, step down from its highest office and allow Lt. Gov. Justin Fairfax to succeed him."

Several national Democrats have also called for Northam's resignation as part of the swift response to the photo from both sides of the aisle. Several Democratic 2020 hopefuls who cheered his 2017 post-Trump win have already come out against him on the politically devastating revelation.

Former Housing and Urban Development Secretary Julian Castro was the first Democratic 2020 candidate to call for Northam to resign. He said on Twitter, "It doesn't matter if he is a Republican or a Democrat. This behavior was racist and unconscionable. Governor Northam should resign."

Rep. Ro Khanna, a California Democrat, highlighted the photo's circulation landing on the first day of Black History Month, and argued that Fairfax, who is black, assuming power would help remedy the situation.

"On the first day of #BlackHistoryMonth, Northam should accept responsibility & resign paving the way for Lt. Gov Justin Fairfax to become the second African American governor in Virginia's history," he tweeted. "That is the type of restorative justice that our nation cries out for at this time."

Progressive advocacy group MoveOn called for Northam to resign if he appeared in or approved the photo. The comment came before Northam confirmed that he was in the photo.

"If @RalphNortham is one of the two people pictured in the highly disturbing, horrific photo wearing either blackface or a KKK hood -- or if he selected or approved of its use on his yearbook page -- he should immediately resign," the organization tweeted. "There are no excuses for such a racist display."