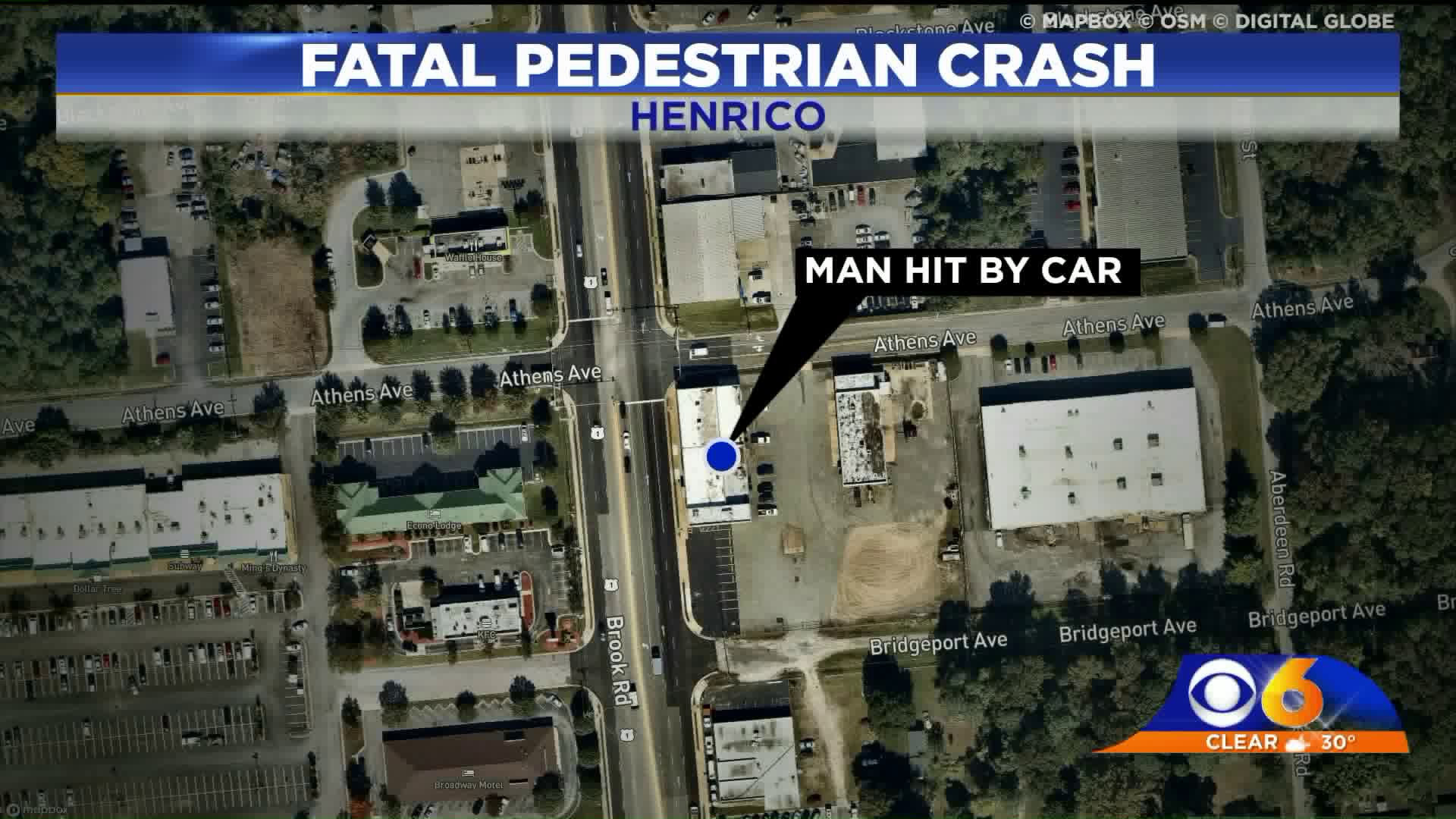 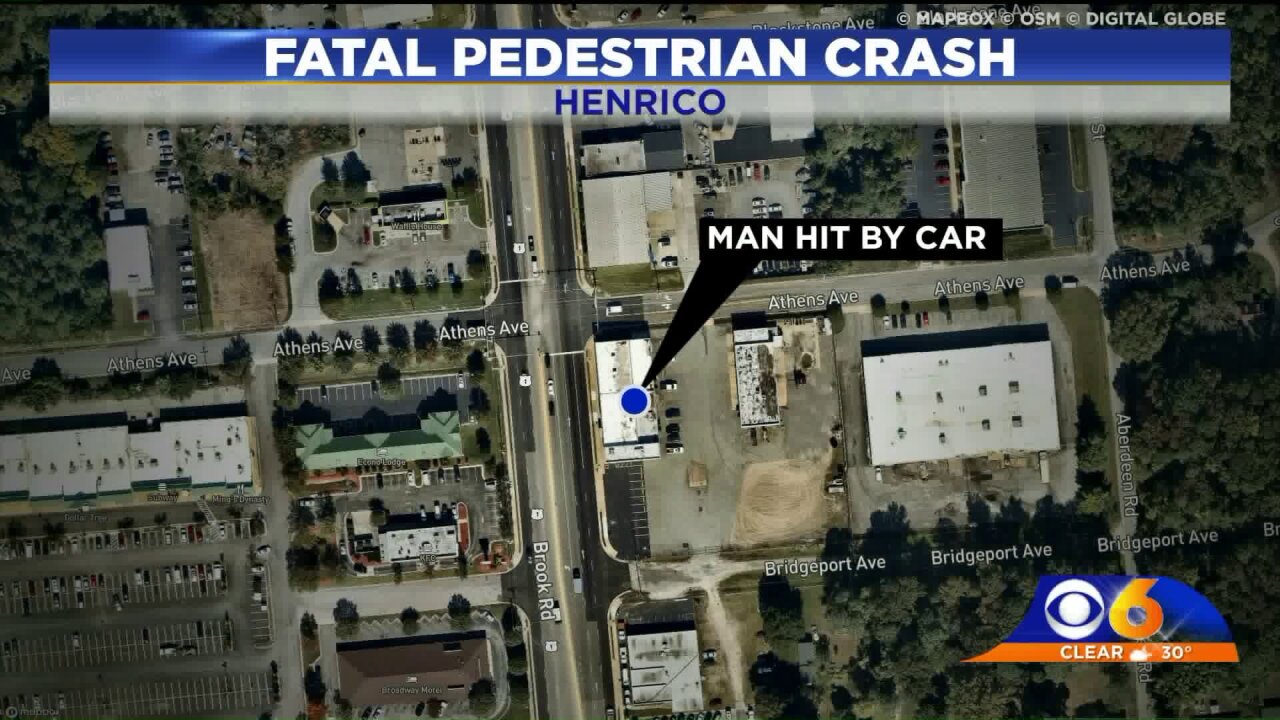 HENRICO COUNTY, Va. – Police are investigating after a man was fatally struck by a car in Henrico County Saturday night.

54-year-old Robert Evans Jr. of Henrico was crossing Brook Road, near Bridgefort and Athen Avenues, just before 8:30 p.m. when he was hit.

A Mitsubishi Endeavor was traveling northbound on Brook Road when the pedestrian was
hit.

Paramedics took the victim to the hospital where he later died.

There were no injuries to the driver or passenger of the Mitsubishi. Neither speed nor intoxication are factors in this incident.

Police said the driver remained at the scene. There has been no word yet if he will face charges.