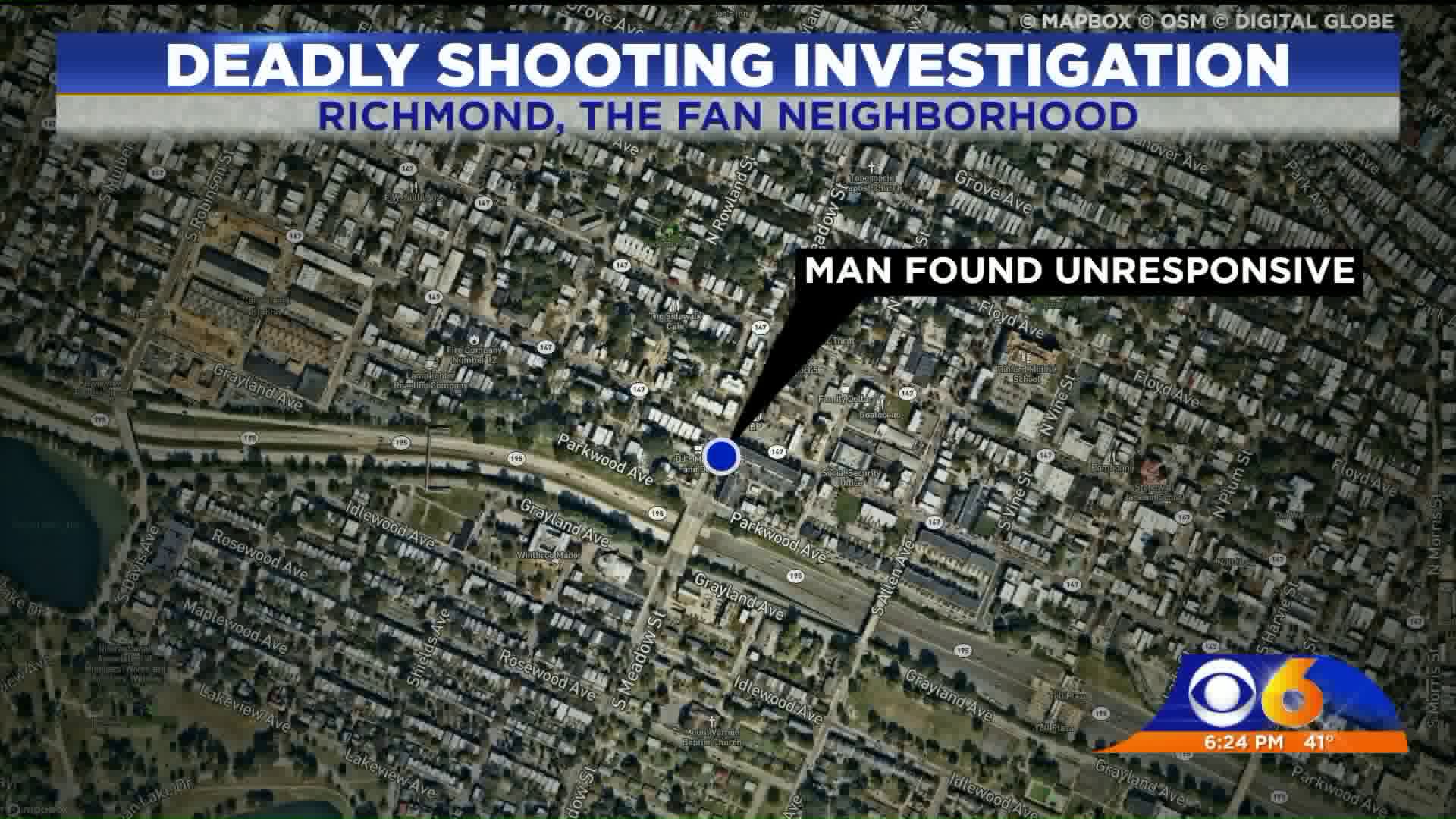 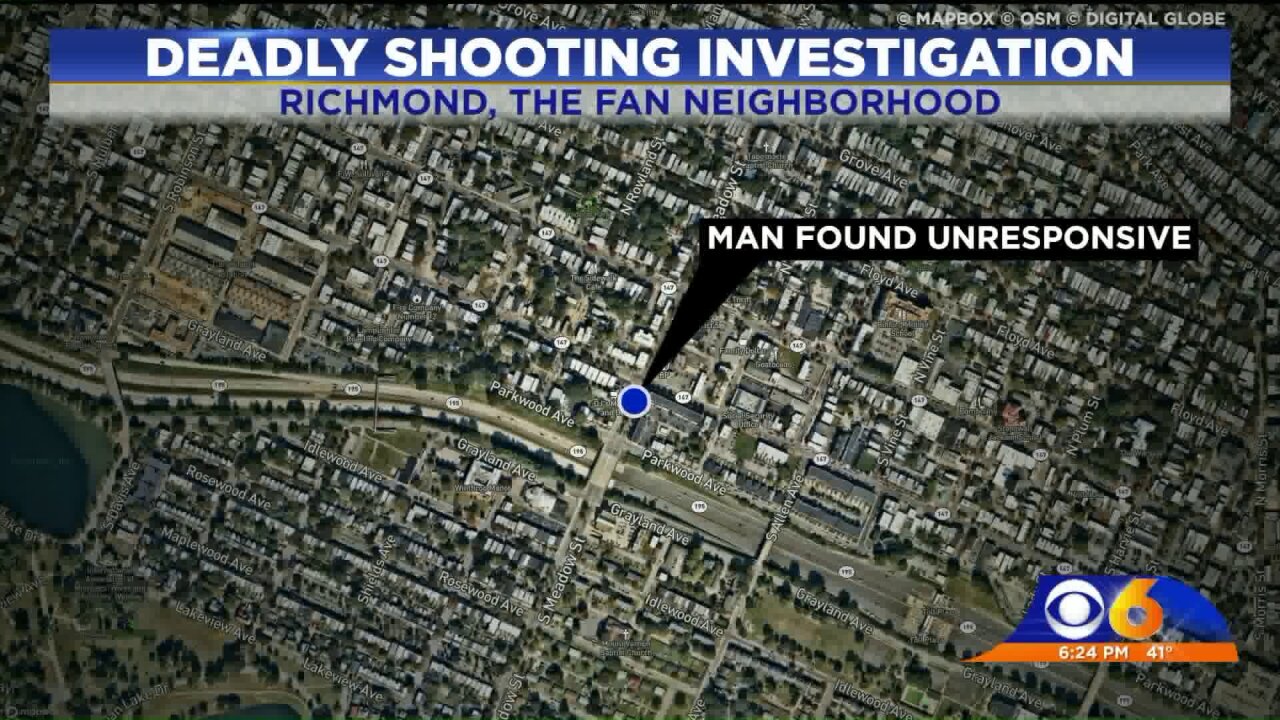 "At approximately 7:43 a.m., officers were called to the 2000 block of West Cary Street for the report of a person down," a Richmond Police spokesperson said.

When officers arrived, they found 43-year-old Joseph A. Harris III, of the 300 block of East Jerald Street in Henrico, suffering from an apparent gunshot wound in a rear parking lot of an apartment building.

The 2000 block of West Cary Street is in Richmond's Fan District near Meadow Street.

"The Medical Examiner will determine the cause and manner of death," the police spokesperson continued. "The investigation continues."