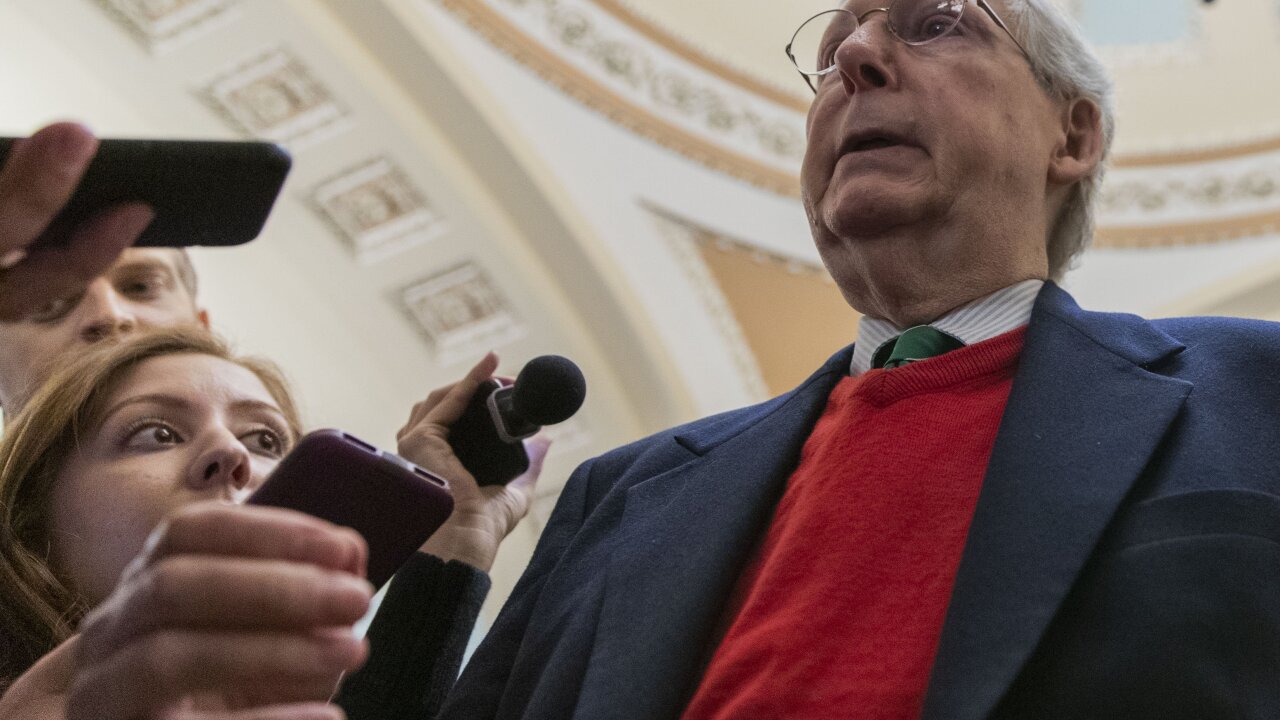 Senate Majority Leader Mitch McConnell faced backlash from Democrats for calling their House bill a “power grab” as it included a provision to make Election Day a federal holiday, among other changes.

The sweeping legislation HR 1, or what Democrats are calling the “For the People Act,” would also require presidential candidates to release their tax returns, adds a matching system for small donations, requires super PACs to disclose their donors who give more than $10,000, and prohibits voter purging.

The Kentucky Republican mocked the bill as the “Democratic Politician Protection Act” and argued that it rewrites the “the rules of Americans politics for the exclusive benefit of the Democratic Party.”

He argued that the bill would “victimize every American taxpayer by pouring their money into expensive new subsidies that don’t ever pass the laugh test.”

“Their bill would make Election Day a new paid holiday for government workers, and create an additional brand new paid leave benefit for up to six days for any federal bureaucrat who decides they’d like to hang out at the polls during an election,” McConnell said.

“Just what America needs,” he protested. “Another paid holiday and a bunch of government workers being paid to go out and work, I assume our colleagues on the other side, on their campaigns. This is the Democrat plan to restore democracy? A brand new week of paid vacation for every federal employee who’d like to hover around while you cast your ballot?”

“A power grab that’s smelling more and more like exactly what it is,” he concluded of the bill.

McConnell’s home state of Kentucky requires that its state employees get the day off on a presidential Election Day. A 2006 report from the Us Election Assistance Commission found that voter turnout was not necessarily higher in states where Election Day is a state holiday.

Another 2020 hopeful Sen. Elizabeth Warren, a Massachusetts Democrat, argued that “of course” Congress should make it easier to vote on Election Day, adding that the US needs a “constitutional amendment establishing a nationally recognized right to vote.”

“An Election Day holiday WOULD be a power grab,” Democratic Rep. Ted Deutch of Florida tweeted. “It would be the American people grabbing power back from the wealthy special interests that dominate Washington because (McConnell and) others prefer that it be hard to vote.”