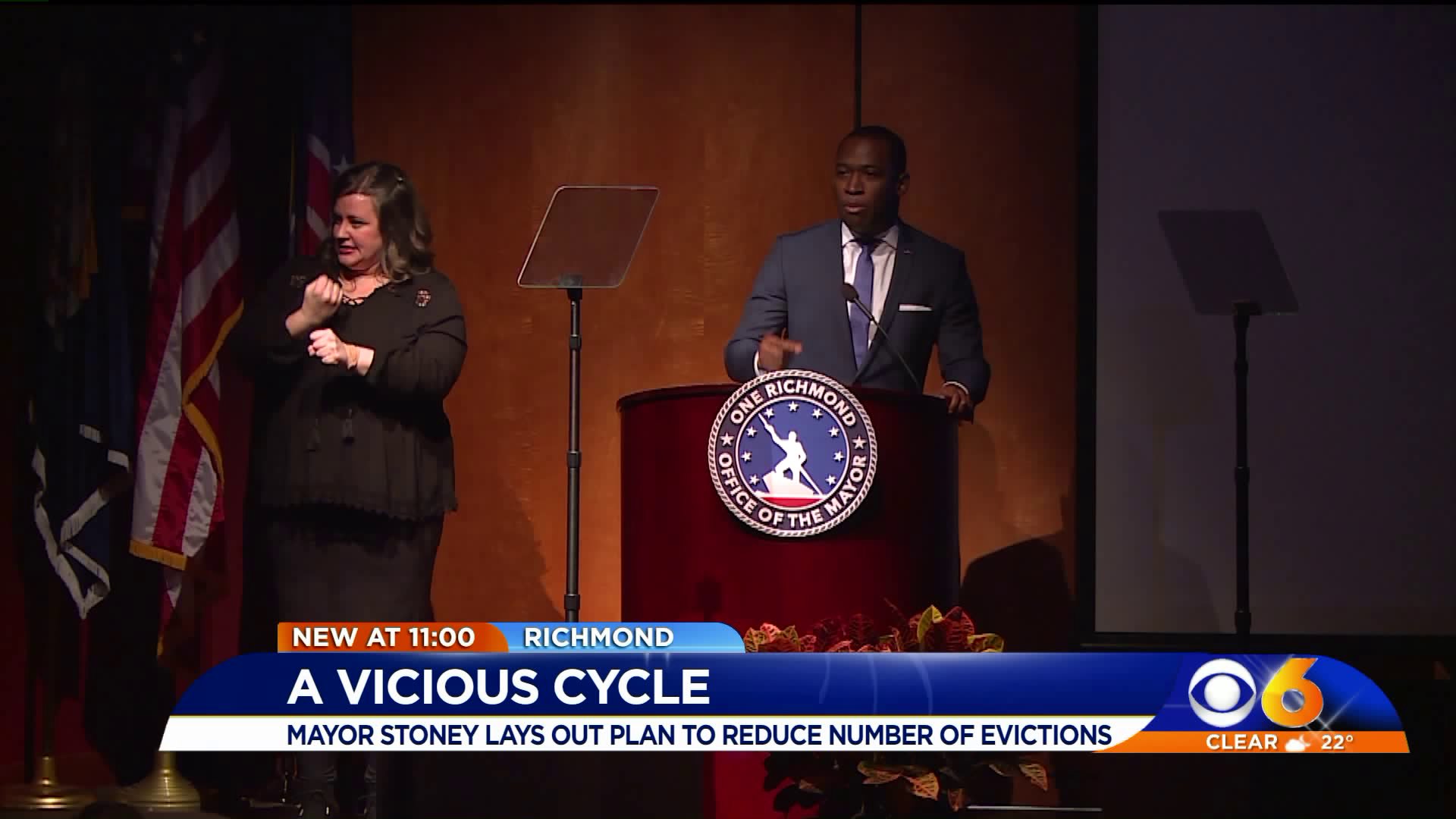 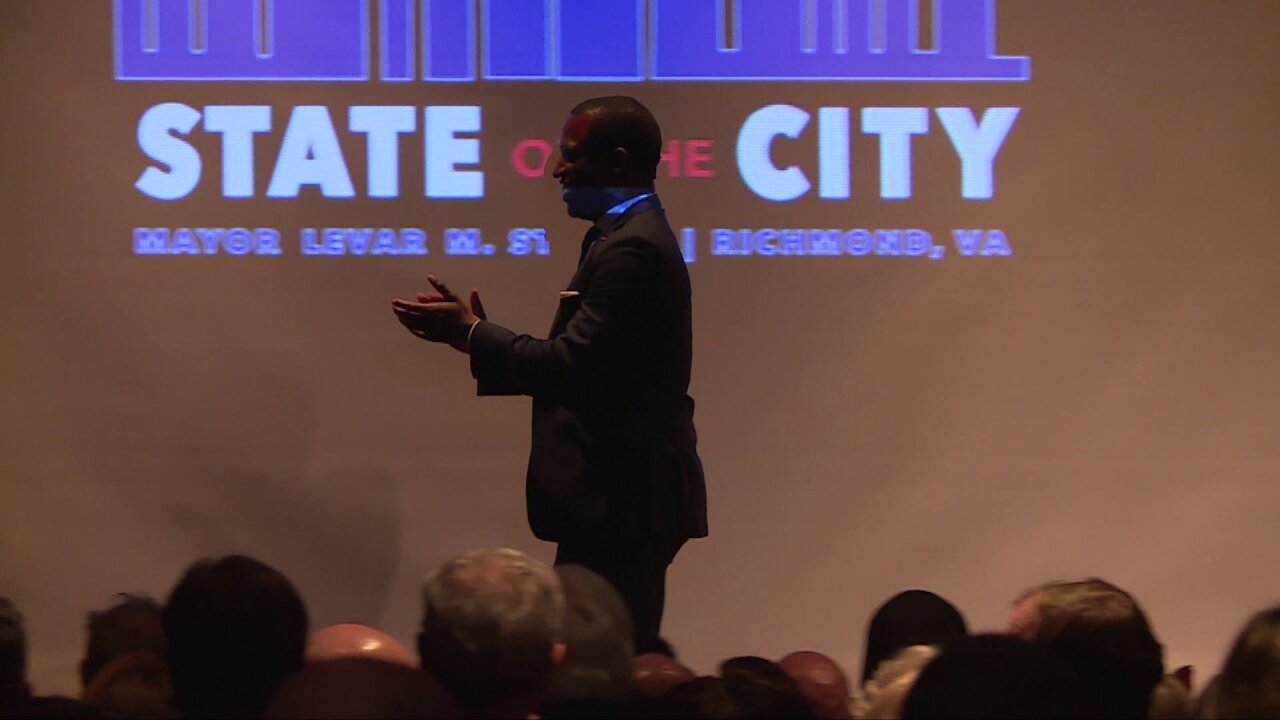 RICHMOND, Va. -- In front of a packed crowd Thursday evening, Richmond Mayor Levar Stoney announced Virginia's first of its kind Eviction Diverson Program during his 2019 State of the City Address.

The new program is a partnership between the city and Central Virginia Legal Aid Society, Housing Opportunities Made Equal and city courts system.

“First it will provide financial assistance to support eligible tenants. Second we will provide in court mediation between land lords and tenants," said Mayor Stoney.  "Third, a payment plan to ensure landlords receive tenants rent due in a timely fashion and finally use of pro-bono attorneys. Some of who will have offices in the John Marshall Court House to support tenants facing eviction."

Statistics show Richmond has the 2nd  highest eviction rate in the country at 11.44 percent. Which is three to four times the national average. Statistics also show court eviction affects about 40,000 people in Richmond who fall under the 17,981 eviction lawsuits filed annually in the city.

“It will allow it to be more of a human experience for people versus feeling like they’re going through a cycle where there's no representation of what’s really going on so I think it’s really positive," said Sean Jefferson, who was in attendance Thursday.

Mayor Stoney also announced a new city lactation policy for nursing mothers, which will be the first of its kind in the city. He also announced his support for renaming the Boulevard to Arthur Ashe Boulevard. Other priorities included needed investments in city streets, community centers, sidewalks and transportation.