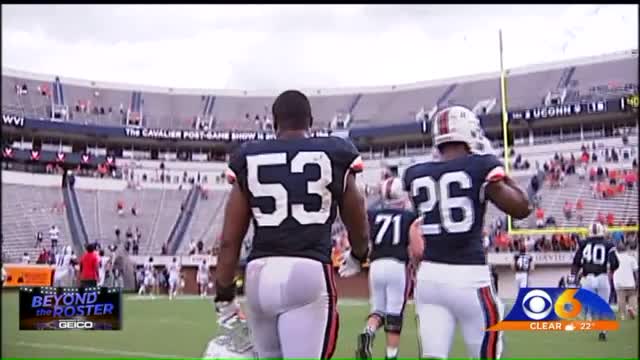 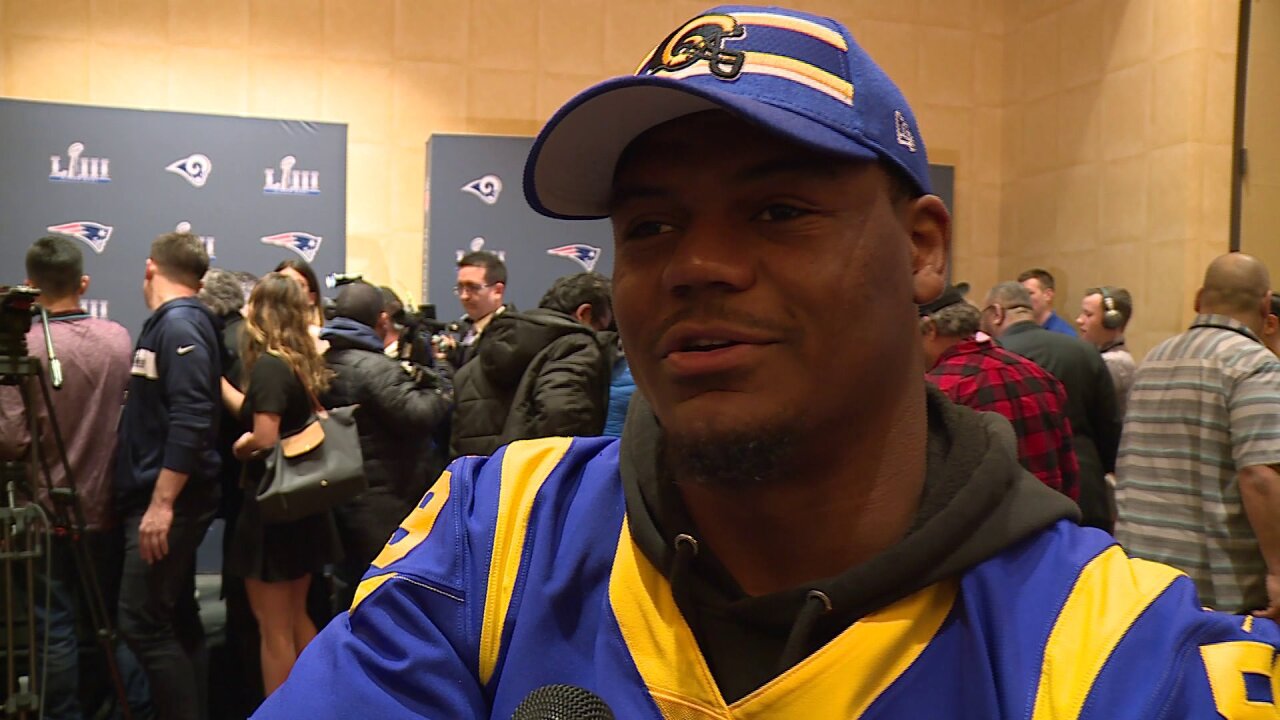 ATLANTA, Ga. --  Opening Night at the Super Bowl has become a spectacle that would wow even the most veteran of players.

But for a rookie, it's a perk that wouldn't be thought possible at the beginning of the season.

Just 13 months ago, Rams linebacker Micah Kiser was accepting the Dudley Award as the best college football player in Virginia. On Sunday, he and his teammates will attempt to become the best pro football players in the NFL.

"This year has been a real movie for me," Kiser explained. "I'm out in California, Hollywood, awesome. Get to play football and get to be around a great group of guys."

Someone with Kiser's skill and relative inexperience would seemingly be a great fit for Head Coach Sean McVay's roster. The former Redskins offensive coordinator may be the youngest head coach in Super Bowl history, but he makes a very quick impression on everyone within the organization.

"He's a genius," Kiser said of his NFL head coach. "He's the smartest person in the building but he doesn't have to ever say that. He lets guys be themselves. We have a lot of characters on our team with a lot of swag and he just lets them be them and be the best person they can be."

Kiser set UVA and ACC records for linebackers during his time in Charlottesville. With the Rams, he has had to get his playing time on special teams, only making a total of four tackles all seasons long. Even with his college pedigree, Kiser was quick to embrace a much more limited role in the NFL

"With (UVA) Coach (Bronco) Mendenhall, you had to play special teams or you couldn't start on defense. So I played special teams pretty much all throughout," said Kiser.

And even with his limited time on the field, he's already made an impression amongst his older, more experienced teammates.

But Kiser's first year hasn't been without its challenges. The Rams have faced different kinds of adversity throughout their regular season, and nothing he experienced at UVA could have prepared Kiser for what the Rams went through this year.

"We're not a regular team. We've been through a lot of adversity this year," Kiser recalled. "We had a fire in our town. We had a mass shooting in our town. We traveled to Colorado to practice for a game that was going to be in Mexico City then that game ended up moving back to LA.

"We've had a lot of ups and downs but we've stayed pretty steady throughout the season. This week is another challenge and we're looking forward to it."

If you're looking for Kiser on Sunday, don't forget his jersey number has changed from the 53 he wore at UVA to the 59 he now wears for the Rams.

You can watch Super Bowl LIII on CBS 6 this Sunday.

Watch for Lane Casadonte and Sean Robertson's "Beyond the Roster" features Thursdays on CBS 6 News at 11 p.m. and on WTVR.com. Click here for more "Beyond the Roster." If you would like to nominate someone to be profiled, email us.