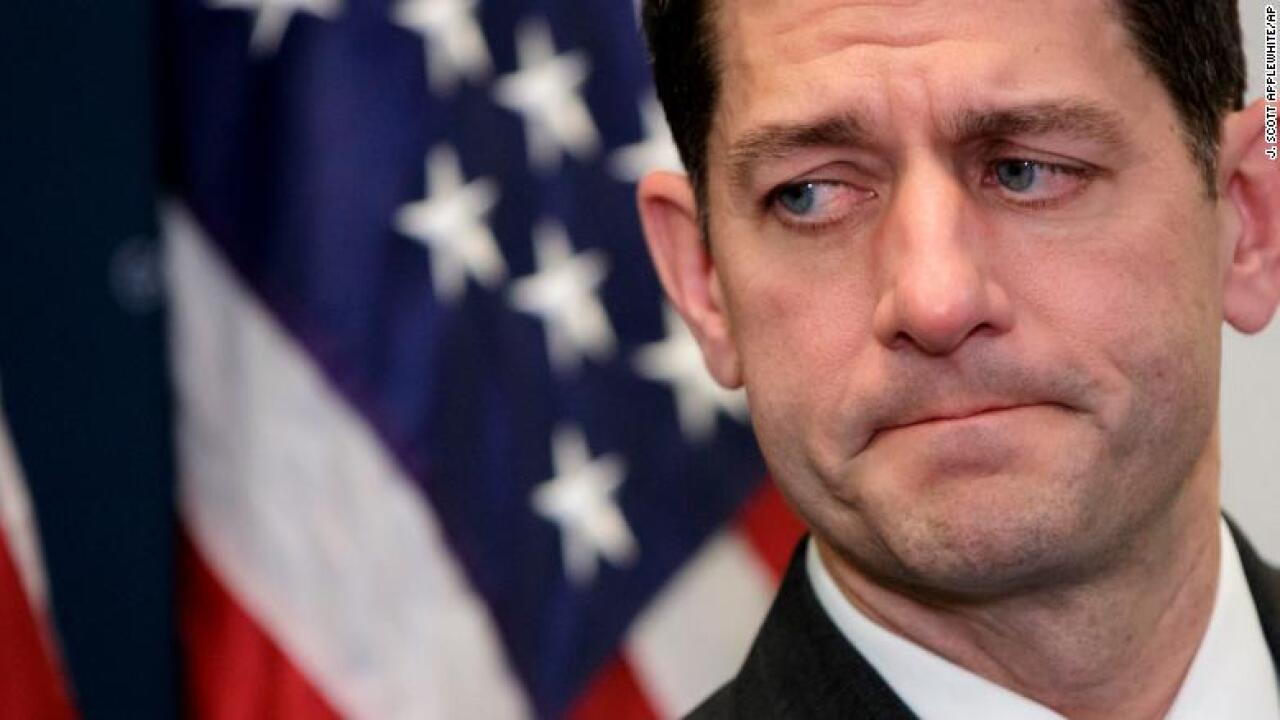 President Donald Trump blamed former House Speaker Paul Ryan for not getting funding for the wall, saying in an interview with The Daily Caller that Ryan assured him congressional Republicans would get the money when the President agreed not to veto the omnibus spending bill last year.

“Well, I was going to veto the omnibus bill and Paul told me in the strongest of language, ‘Please don’t do that, we’ll get you the wall.’ And I said, ‘I hope you mean that, because I don’t like this bill,’ ” Trump told The Daily Caller in an interview Wednesday.

“Paul told me in the strongest of terms that, ‘Please sign this and if you sign this we will get you that wall.’ Which is desperately needed by our country. Humanitarian crisis, trafficking, drugs, you know, everything — people, criminals, gangs, so, you know, we need the wall.”

But Trump said, “And then he went lame duck,” referring to Ryan’s decision to retire instead of running for re-election in 2018.

CNN has reached out to Ryan’s representatives for comment on the President’s remarks.

Ryan was the leader of the House for Trump’s first two years in office and worked closely with the President on legislative priorities during that period of unified Republican government.

However, the relationship between Trump and the Wisconsin Republican was rarely tranquil. Ryan had been reluctant to support Trump during the 2016 campaign and cut ties with the future President after the release of the “Access Hollywood” tape in October 2016. After Trump defeated Democrat Hillary Clinton in November 2016, Ryan embraced Trump and worked with him on Republican legislative priorities.

Still, the two remained at odds on a number of occasions. In his new book, former White House communications aide Cliff Sims describes Trump walking out of a meeting with Ryan on health care policy in the Oval Office. Sims said Trump left the meeting and went to a side room to watch TV instead of listening to Ryan talk about policy details.

Near the end of Ryan’s time in office, Trump publicly criticized the then-speaker. When Trump asserted he could use executive action to end birthright citizenship in October, Ryan publicly disagreed with him. That led Trump to say Ryan “knows nothing” about birthright citizenship and should have been focusing on campaigning in the 2018 midterms instead of giving his opinions.

CNN reported in early November that Trump also blamed Ryan for not doing enough fundraising and costing the GOP control of the lower chamber. A source close to the White House told CNN’s Jim Acosta on the night of the 2018 midterms that Trump was mad about Ryan about “everything.”

https://s3.amazonaws.com/cnn-newsource-image-renditions-prod/POL_TRUMP_100_DAYS/S104697219_thumbnail.JPG
Copyright 2020 Scripps Media, Inc. All rights reserved. This material may not be published, broadcast, rewritten, or redistributed.