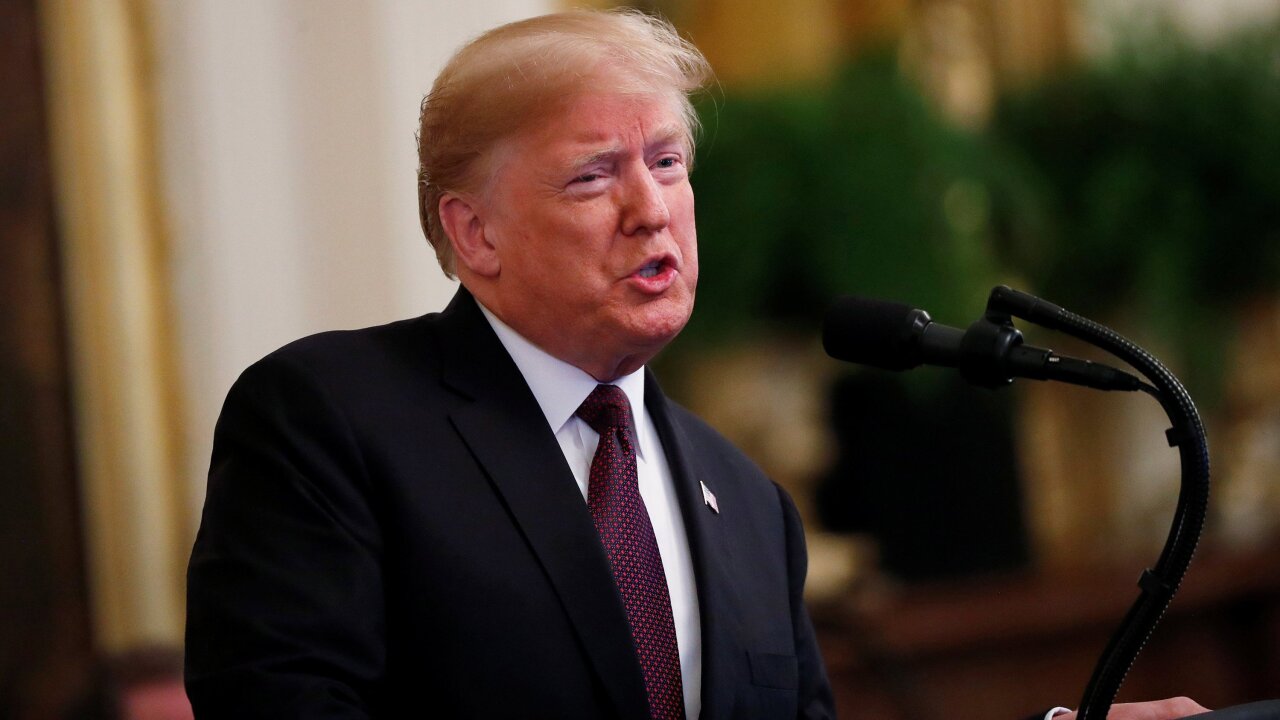 Amid ongoing discussions and confusion about the future of the US presence in Syria, President Donald Trump had words of comfort for a representative of a key ally in the fight against ISIS on Monday night.

“I love the Kurds,” Trump told Kurdish Leader Ilham Ahmed in an unconventional diplomatic meeting at the Trump International Hotel in Washington on Monday night.

Ahmed asked Trump if he would leave the Kurds in Syria to be slaughtered by Turkish President Recep Tayyip Erdogan. Trump promised them he would not.

“We felt much better, but we are still looking for more meetings,” explained Ahmed, a Syrian-Kurdish politician and the head of the Executive Committee of the Syrian Democratic Council (SDC), on Tuesday.

Ahmed is in Washington this week meeting with Trump administration officials and members of Congress. She was dining with congressional leadership on Monday night at the hotel when the President stopped by her table to say hello and stayed for a 10-minute conversation. Trump was there for a political fundraiser.

Ahmed is hoping to meet with National Security Council officials later in the week. Her visit comes less than a month after she visited Moscow for similar talks.

This is not the first time Trump has professed his love for the Kurdish people, who make up a large portion of the US-backed Syrian Democratic Forces.

Last year he referred to a Kurdish reporter as “Mr. Kurd” during a press conference at the United Nations General Assembly. Trump has also called the Kurds “incredible fighters” and “great people.”

But the Kurds fear the US withdrawal plan leaves them vulnerable, particularly to attack from Turkey. Turkey considers several Kurdish groups — including the People’s Protection Units, also known as the YPG — to be terrorist organizations. The YPG is the backbone of the Syrian Democratic Forces, which is the main US partner on the ground in the battle against ISIS and has controlled a large swath of northern Syria for the past several years.

Early this month national security adviser John Bolton said the US withdrawal was contingent on obtaining security guarantees from the Turks for US-backed Kurdish fighters in Syria.

The Kurds have begun talks with the Assad regime in Syria but they sense no appetite for forming a power-sharing government if the long civil war comes to an end.

Ahmed says that the Kurds are worried about the US pullout plan, because of the warnings they received before partnering with the US. “When they withdraw they create a lot of chaos,” Ahmed told reporters on Tuesday. They are asking the US government “to slow the US withdrawal.” While she says that the Syrian Kurds respect the US decision to eventually pull back fully from Syria, they are hoping for agreements that “keep the safety and stability of the area after they withdraw.”

Trump announced the US withdrawal of troops in December, but the exact timeline appears to be evolving as diplomatic conversations continue and security precautions are taken into consideration.

Acting Secretary of Defense Patrick Shanahan said the withdrawal was in its “early stages” on Tuesday, saying it was deliberate, “coordinated” and “disciplined.” He said the focus going forward would be on sustaining local security.

Shanahan said there have been good discussions with the SDF and Turkey but added that there are “obviously lots of contentious issues.”

Ahmed underscored the tension. She said the Kurds are not supportive of the idea of creating a “safe zone” along the Turkish-Syrian border that is controlled by the Turks, an idea broached by Turkish President Erdogan. “It is not safe, it is not right,” she said adding that the Turks have played a “negative role” in Syria.

While the US is starting to withdraw troops, they are not taking their weapons away from their partners on the ground. Ahmed says the US has not brought up de-arming the Kurds.

“We need the weapons,” said Ahmed of weapons provided by the US. “The war against ISIS is still there.”

Ahmed’s concerns are shared by many in Washington and Trump’s Syria withdrawal plan received a sharp rebuke from one of his staunchest allies on Tuesday. Senate Majority Leader Mitch McConnell is pushing an amendment to a Middle East policy bill that would acknowledge “al Qaeda, ISIS and their affiliates in Syria and Afghanistan continue to pose a serious threat to us here at home.”

In another blow to Trump’s plans earlier on Tuesday, Director of National Intelligence Dan Coats contradicted the President’s declaration that that ISIS has been defeated in Syria.

“Remaining pockets of ISIS and opposition fighters will continue, we agree, we assess, to stoke violence, as we have seen in incidents happening in the Idlib province of Syria,” Coats told the Senate Intelligence Committee. “ISIS is intent on resurging and still commands thousands of fighters in Iraq and Syria.”