Man steals ring from pawn shop, then tries to sell it back 24 hours later 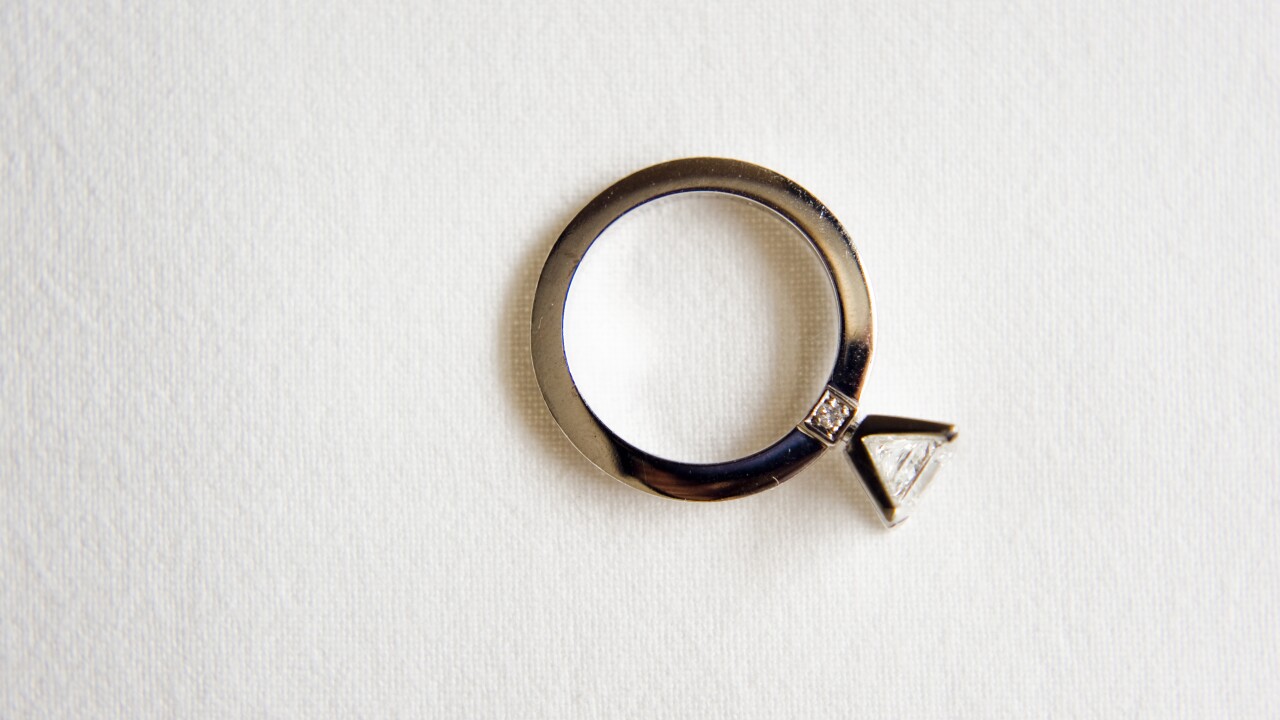 Portland police are looking for a thief who stole an expensive diamond ring from a local pawn shop and then tried to sell it back 24 hours later.

Surveillance cameras at the All That Glitters on North Lombard show the suspect come into the store just at closing time Sunday night.

People who work at the pawn shop told FOX 12 they’ve seen the man in the store before and that he appeared to know what he was looking for.

The suspect is then caught on camera grabbing a ring worth $12,000 from an employees hand.

“Our most expensive ring in the store. It was 1.06 carat diamond, marquise ring in a platinum setting,” said Tiffanee Valenzuela.

The employee suffered only a couple of bruises.

The suspect got away, but just 24 hours later he showed up at the All That Glitters on Southeast Division. This time, the suspect came with a friend to pawn the ring.

“I think he’s pretty brave. He came in our store, hung out for about 10 minutes, walked around on his phone. Didn’t try to hide who he was,” said Valenzuela.

After an argument, the suspect tried to grab the ring back but the general manager was able to hold onto it.

Please note: This content carries a strict local market embargo. If you share the same market as the contributor of this article, you may not use it on any platform.