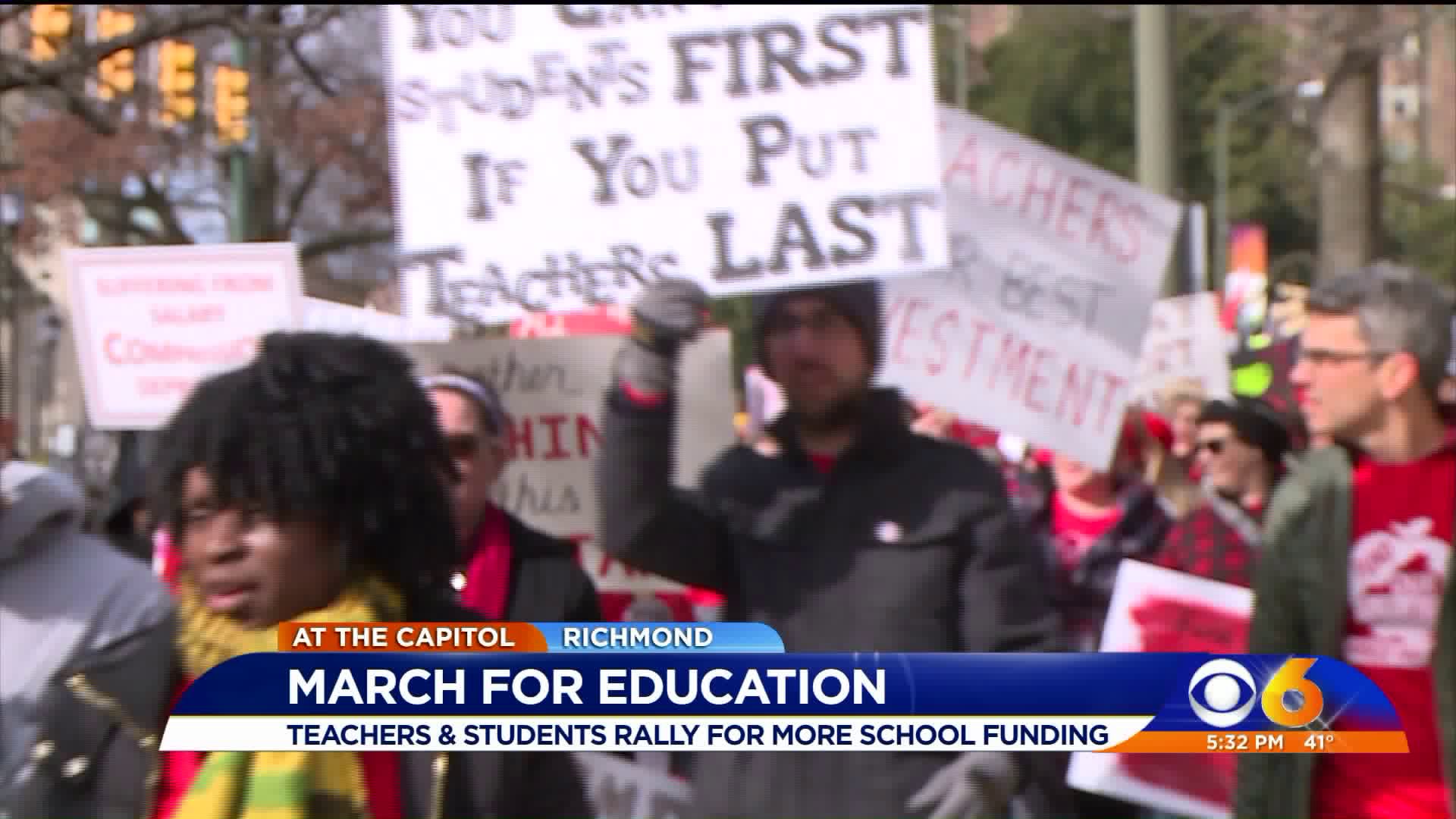 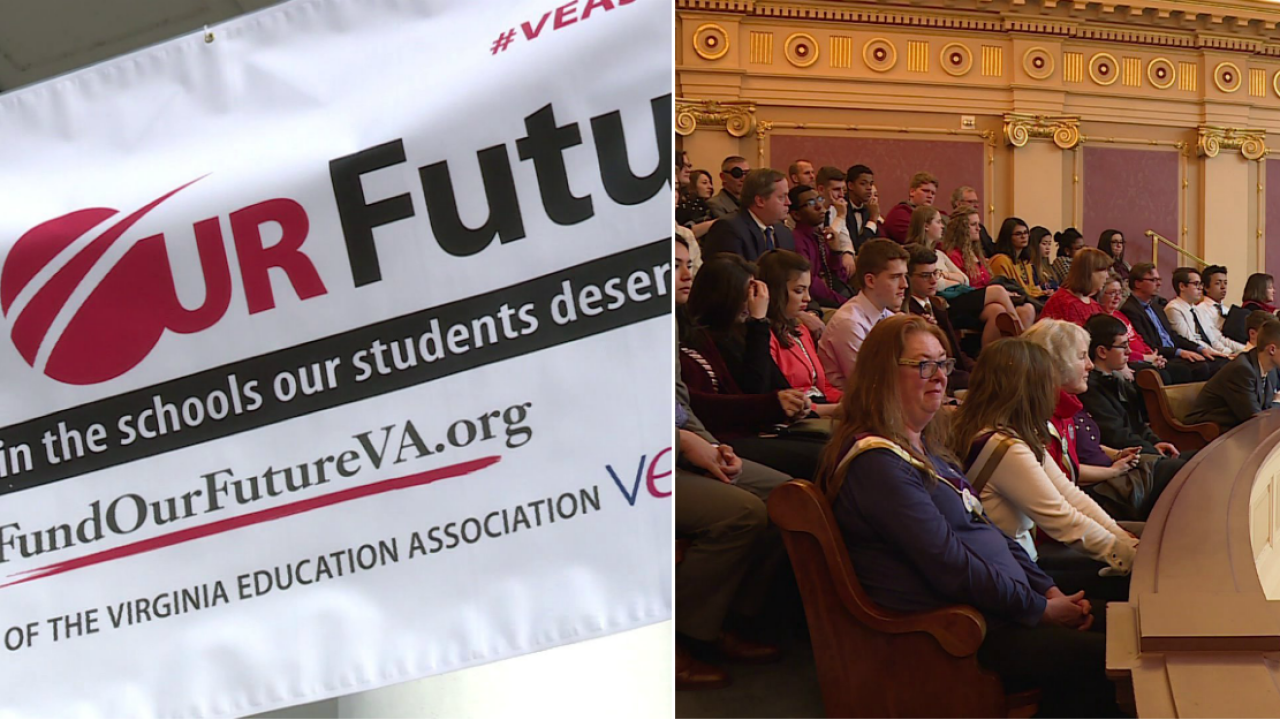 RICHMOND, Va - While hundreds of teachers and parents rallied outside the Capitol calling on more funding for Virginia public schools, Republican leaders in the House of Delegates voiced support for one of the group's request.  Del. Steve Landes (R-Rockingham), chairman of the House Education Committee, said the House budget would include a five percent pay raise for teachers regardless of what happens with state tax policy.

The announcement was met with applauds from Republicans and Democrats inside the chamber and cheers from the educators rallying on the steps of the state Capitol.

"Please know, we have the upmost respect for you," Landes said of the teachers in attendance Monday.  "I'm proud to announce that the House budget this year will again include a pay raise for teachers."

At the "Red 4 Ed" rally Monday, multiple teachers called on state lawmakers to increase funding for Virginia public schools and said it is time for lawmakers to not just pay lip service to the issue.

"When we have teachers that are over burdened and not able to provide an adequate education, those are our children in those desks!" said Sarah Peterson, a teacher at Binford Middle School in Richmond.

"Education reform is the civil rights issue of the day, and it's time for our state legislators to be taken to task on how they responded to this issue," said Rodney Robinson, Virginia Teacher of the Year from Virgie Binford Education Center in Richmond.

Prior to  the rally and march, state educators had laid out a list of demands.

Following Landes' announcement, Virginia educators were excited, but that excitement came attached to a promise.

"It seems the House budget now includes funding for a five percent salary increase," said Jim Livingston, President of the Virginia Education Association.  "This is not the end, it is only the beginning!"

Livingston said since 2009, budget cuts during the Great Recession have hindered schools' ability to provide high quality education for the state.  Livingston said right now Virginia's pay ranks 34th in the country -- yet Virginia is the 12 wealthiest state.

Senate Republicans, who control budget negotiations in that chamber, have not spoken to the House proposal.