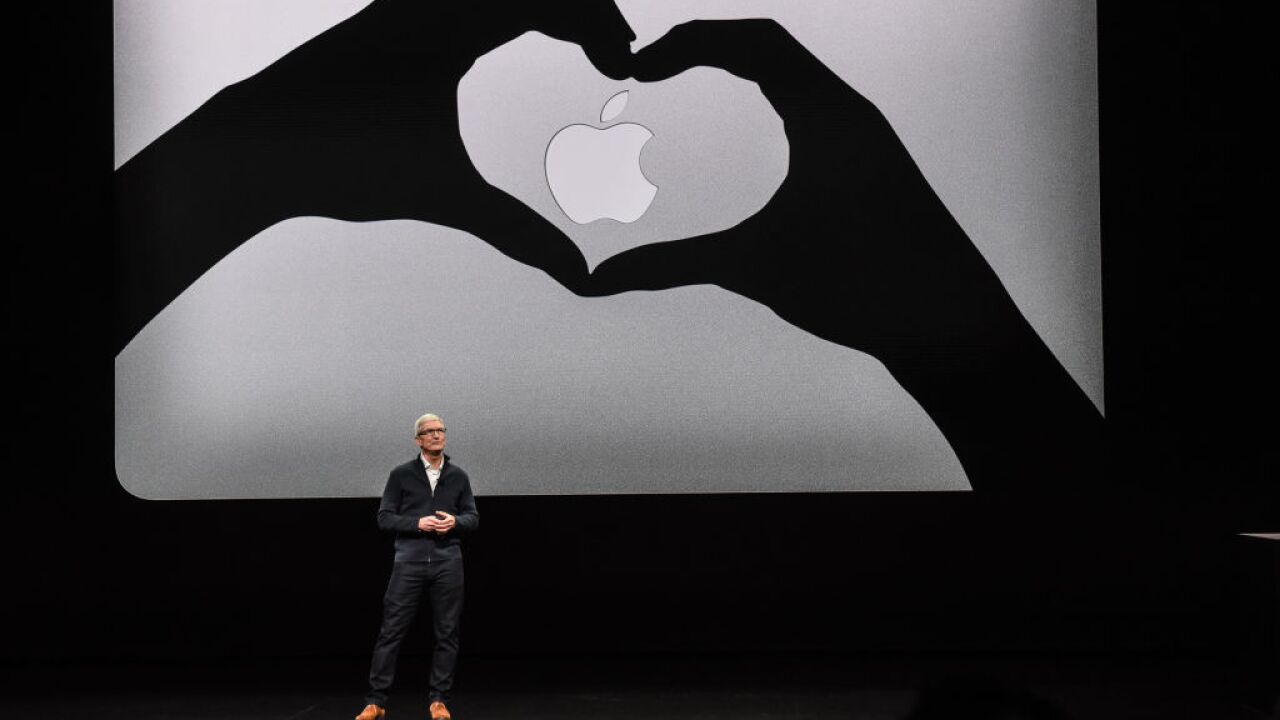 The makers of LactApp are giddy to be at Apple Park, the iPhone maker’s massive California headquarters.

Four of the team members behind the mobile app, which provides bilingual guidance to breastfeeding mothers, have made the pilgrimage to Cupertino from their Barcelona headquarters.

They made the trip for the kick-off of Apple’s first-ever Entrepreneur Camp, a two-week event aimed at helping female-led businesses that have an iOS app.

At a launch event on Sunday in an Apple cafeteria, their excitement was palpable. Co-founder Maria Berruezo joked with her colleagues that they should go without sleeping to maximize what they get out of their time at Apple.

The entrepreneurs were given little to no information about what the next two weeks of the camp would look like. Apple said companies would receive assistance in several areas, including how to better market their apps and improve features.

“We don’t know much. We’re staying very close, and we know we have to show up here early in the morning. We’ll do whatever they say we have to do,” said Enric Pallarés, CEO of LactApp. “There’s no actual program. We don’t have a schedule.”

The blind excitement is indicative of how much the companies could benefit from a relationship with Apple. App developers have made more than $120 billion through Apple’s app store since it launched in 2008.

To be accepted to the camp, companies have to be female-founded, co-founded or led by women, and must have at least one woman developer. The companies also have to have a working app or a prototype. Apple provides travel assistance on a case-by-case basis.

Apple didn’t say how many companies applied for the program, but ten finalists were chosen for this first event. The plan is to hold the camp quarterly, with 20 companies in future groups.

Like many Silicon Valley companies, Apple is investing in programs to encourage more women to pursue careers in technical fields. It’s an issue the industry continues to struggle with.

According to the National Center for Women & Information Technology, 57% of the professional occupations in the US workforce in 2017 were held by women but women only held 26% of the jobs in computing.

Apple’s most recent diversity report shows a 5% increase in women employees from 2014 to 2017. However, as of 2017, only 23% of its global employees who work in tech were women. Overall, only 32% of Apple’s employees are women.

At Sunday’s event, men were in the minority, and everyone was hoping to get a boost for their company.

“Apple puts you on the map in a very different scale. We are already a pretty well-known app in Spanish-speaking countries, but having Apple support the app just shows that we’re [going] in the right [direction],” said LactApp’s Pallarés. “We won’t let them down.”

Berruezo, one of the app’s two female co-founders, said the camp is a “huge opportunity” for their company.

“Apple is looking at us and it’s very encouraging,” she said. “We have many ideas. … We want to develop everything, and being here is a great opportunity for us because we’re at least going to be able to release new features in our app, [and] help mothers much more than we do now.”

Esther Hare, senior director of worldwide developer marketing at Apple, said she’s spoken with some companies that don’t qualify because they don’t have a woman on their development team. She says they’ve started considering more female applicants in the hope of being accepted down the line, which is the point of the entrepreneur camp: to create more opportunities for women in tech.

Kim Azzarelli’s company, Seneca Women, just launched an app that helps professional women connect with other women around the world, to get advice and information about key issues. It also has a marketplace that features women-owned businesses.

Azzarelli has already partnered with Procter & Gamble on the app, called Seneca Connect, which will offer a corporate version of the tool to its employees. Partnerships like that will then help fund the public version, she said.

She’s hopeful that other companies will see Apple’s camp and feel pressure to create programs of their own to help women entrepreneurs.