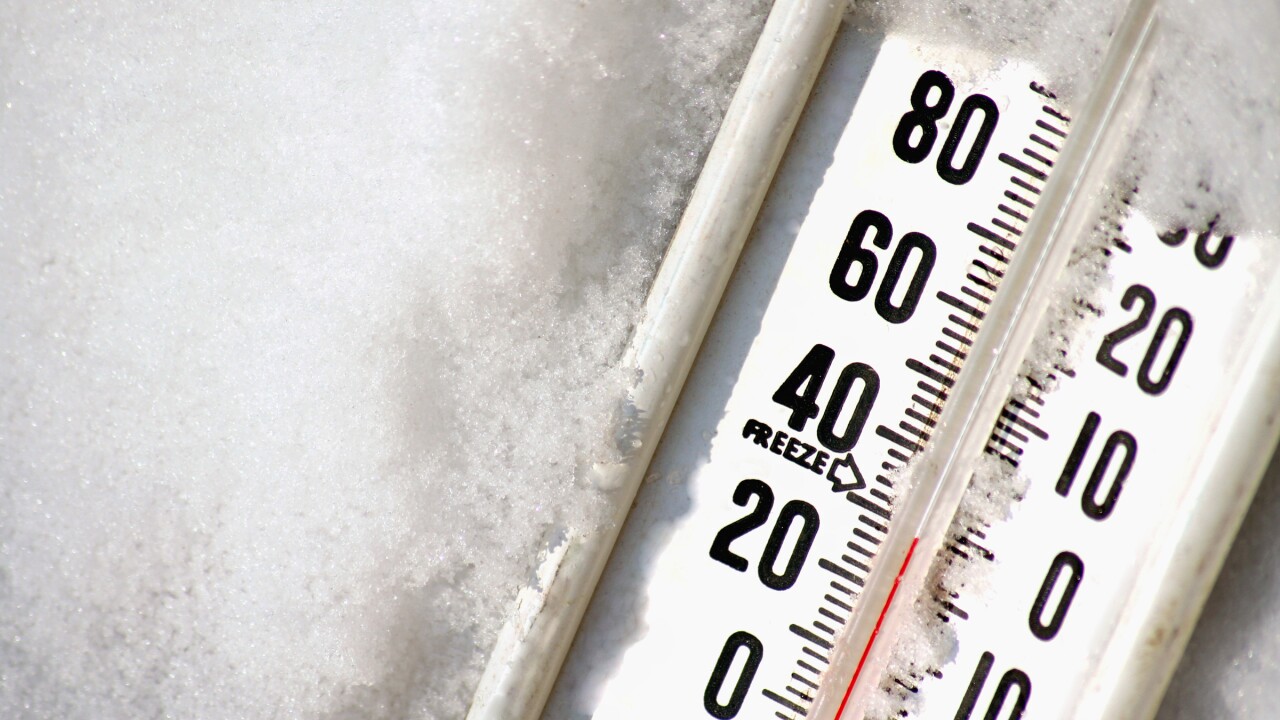 Schools in Minnesota are closing, Illinois’ governor is warning residents about hypothermia, and hundreds of flights have been canceled at Denver Airport.

Even parts of the United States accustomed to cold weather are preparing for the worst.

About 220 million people — or 75% of the continental US population — will endure below-freezing temperatures this week.

The biting cold already has caused at least one death in Minnesota and another in Illinois. In many parts of the country, the coldest weather is yet to come.

Across the Midwest and Great Lakes, the brutal cold will likely shatter dozens of records, CNN meteorologist Dave Hennen said.

Between Tuesday and Thursday, temperatures will plunge to 20-40 degrees below zero in the Upper Midwest and Great Lakes, Hennen said. Wind chills will plummet to 35-60 below zero.

But the deep freeze is only half the story. The Dakotas are grappling with blizzard conditions, the National Weather Service said. And heavier snow is expected in the Upper Midwest and Great lakes, meaning “dangerous to impossible travel conditions.”

While intense snow smothers much of the Midwest, snow will likely extend all the way down to Mississippi and Alabama.

Two deaths have been attributed to the current cold pattern

In Rochester, Minnesota, a man was found dead Sunday outside the home where he was staying with a relative.

Ali Alfred Gombo, 22, didn’t have keys to the home, according to CNN affiliate KIMT. He was unable to enter the home early Sunday morning after being dropped off. Single-digit temperatures that dipped below zero likely played a role in the man’s death, Rochester police said. An autopsy will determine the official cause of death.

Police in Libertyville, Illinois, said a man was killed Monday morning as a result of the weather.

“The man died after a roadway crash involving a village plow truck and a pedestrian,” police said. The man was pronounced dead at the scene and the plow driver has been placed on paid administrative leave pending the result of an investigation, police said.

On Sunday, a 13-year-old boy in Iowa was found dead after he was outside for days, Marshalltown Police Chief Michael Tupper said. Corey Brown left his home during a snowstorm Tuesday night.

An autopsy will determine when he died and if his death was related to the current cold snap.

Illinois Gov. JB Pritzker on Monday warned of a “potentially historic winter storm that will bring extreme cold to our state.”

An emergency preparedness plan is in place to help state agencies and residents prepare, Pritzker said. He urged Illinoisans to guard against frostbite and hypothermia and use warming centers if need be.

In Chicago, where the river winding through downtown has already frozen over, it could remain below zero from around noon on Tuesday until around midday on Friday, Hennen said.

Lows in the Windy City are expected to approach a record of 27 below zero. The daytime high on Wednesday could reach 15 below.

Public schools in St. Paul, Minnesota, and Minneapolis said they will remain closed Tuesday and Wednesday due to “historically” cold weather. Snow emergencies were set take effect at 9 p.m. Monday.

“This decision was made because of the dangerously cold temperatures forecast with about 90% certainty by the National Weather Service,” Minneapolis Public Schools said.

“While the temperature at the start of school tomorrow does not fall within our standard guideline for closing of -35 degrees, it quickly drops and is well past that by the end of the school day. All day Wednesday is within our guidelines. We are monitoring the forecast for Thursday and will notify families and staff of closures by late Wednesday afternoon.”

Minnesota Gov. Tim Walz did not cancel schools statewide, saying he would leave it up to districts to decide whether to close, according to CNN affiliate KARE.

In Wisconsin, where Gov. Tony Evers declared a state of emergency, Milwaukee Public Schools will remain closed Tuesday, along with schools in other districts across the state.

Nellie Mullins Broeske, president of the Lomira Booster Club, said the team did something similar when tornadoes struck in August 2018, by helping the elderly clean up debris. When the storm hit Monday, the team sprang into action, Broeske said.

What about the Super Bowl?

In Atlanta, football fans are bracing for the winter weather’s impact on the Super Bowl. The New England Patriots are set to face the Los Angeles Rams on Sunday at the Mercedes-Benz Stadium.

Temperatures will plunge Tuesday as the city gets hit with up to 2 inches of snow. All Georgia state offices will be closed Tuesday and several precautionary measures are taking effect.

On Monday, the city began pretreating some routes and bridges with a brine solution to prevent freezing, Atlanta Department of Public Works Communications Director Kim Rankins said. Crews will continue pretreating routes through Monday night and transition to a salt treatment overnight Monday, which will continue until the end of the weather event.

The city will also open emergency warming centers Tuesday starting at 6 a.m. The centers will remain open until Thursday morning.

Mayor Keisha Lance Bottoms said she is in touch with NFL officials and will work with them regarding events scheduled across the city as winter weather moves into the area.

The storm comes on the five-year anniversary of a “snowpocalyse” storm that paralyzed Atlanta, and some locals worried the weather combined with swelling Super Bowl crowds would snarl roads and cause another catastrophe.

But temperatures are expected to rebound for the weekend, melting anything that sticks to the roads in time for the big game.

Clarification: The headline on this article has been updated to make clear that 75% of the US population will see below-freezing temperatures this week.