How documentary and DNA test helped these twins reunite 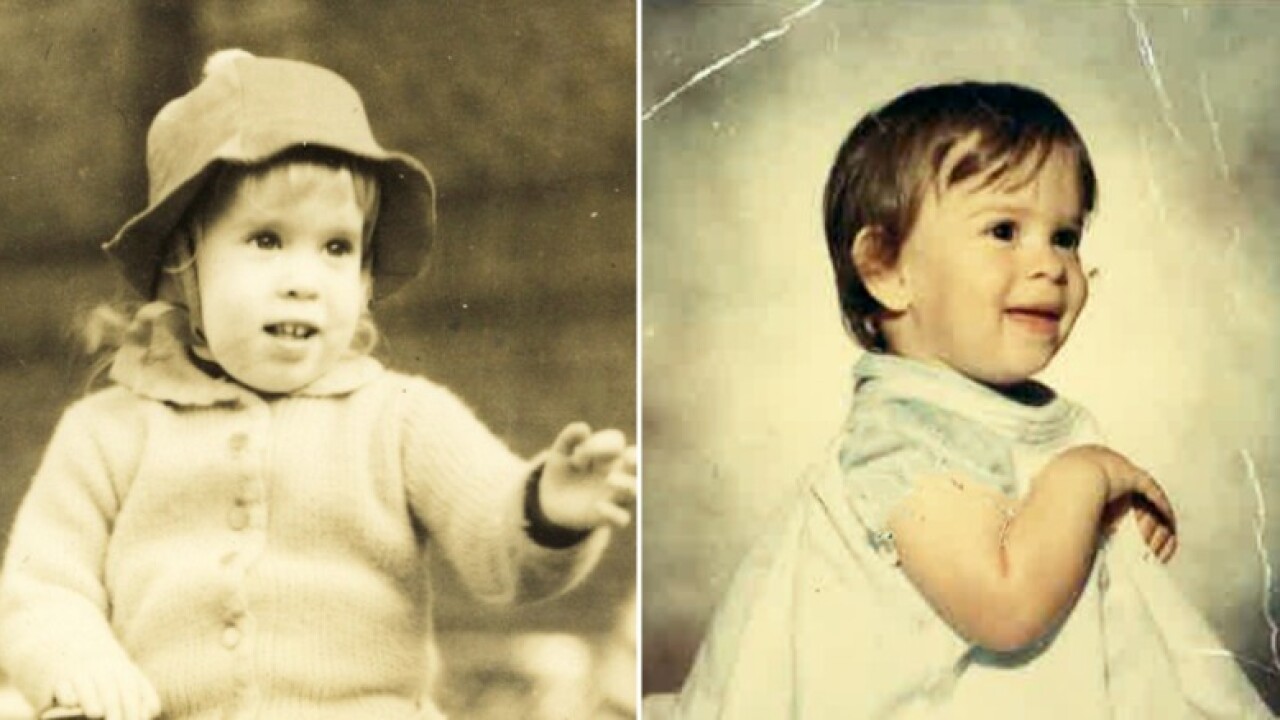 When Michele Mordkoff and Allison Kanter were 5 months old, they were each adopted by loving families in the New York City area, two days apart. The infants, of course, didn’t know it — and their families weren’t informed — but the girls were twins. It was mid-October 1964, and the two wouldn’t see each other again for more than 50 years.

Today, splitting up biological siblings is almost universally discouraged, but at the time, some researchers believed that it was in the best interest of twins to be separated during the adoption process. The thinking was that they wouldn’t have to compete for the attention of their new families and would thrive better on their own.

Louise Wise Services, the agency through which Mordkoff and Kanter were adopted, operated by this sibling separation maxim. The women say their adoptive parents were never informed by the now-defunct agency that their daughters had a twin.

“They are just as shocked as we are, if not more,” Mordkoff said, “because they felt they were getting full disclosure and information about who we were and what our identity was.”

Mordkoff had always wondered about her identity, and her curiosity finally got the best of her last summer after she watched CNN Films’ “Three Identical Strangers.” It’s about a set of triplets, also adopted through Louise Wise Services around the same time as Mordkoff and Kanter, who only came to find out about each other after one was mistaken for another at a New York college in 1980.

After 54 years apart, completely unaware each other existed, Mordkoff and Kanter reunited face to face in New York City in August.

After watching the documentary, Mordkoff remembers thinking, “I need to spit in a cup and find out what my history is.”

Just a few weeks later, Mordkoff’s Ancestry.com results revealed an “immediate family member” she did not know she had. The account of her match was managed by a young man in California, so Mordkoff (who lives in New Jersey) decided to send him a message.

“I kept it really low-key,” she recalled. “I said, ‘Hi, I’m adopted, and you matched with me, as well as your mom. Please write me back.’ I was tempted to say more, but I didn’t think it was right.”

For her part, Kanter remembers her son texting her and saying, “Mom, there’s someone [contacting] me that said they’re related to you … and you need to look at your birth certificate number right away and tell me what it is.”

“I was just shocked. I thought someone had assumed my identity,” Kanter recalls. “I didn’t know what was happening, and then I read him the numbers — the last four numbers — and he said, ‘Mom … she’s your twin sister.’ ”

After 54 years apart, completely unaware each other existed, Mordkoff and Kanter reunited face to face in New York City in August.

“I think it was three weeks from the time that I found out I may be a twin to the time where I met Allison, and it felt like three years,” Mordkoff said. “At one point, I just wanted it to be over — not over, but I wanted to see her, and I wanted to hug her, and tell her that I hope she’s OK and that life was good for her.”

Fighting back tears, Mordkoff got to do just that. She and Kanter stared at each other in disbelief, comparing the striking similarity of their eyes, their arms, their hands.

“I was just hoping that she had a similar life to me, that we grew up in a very similar way, that it would be easy to get to know each other and that there wouldn’t be any animosity [about] how we were raised,” Kanter said.

While both women say they feel robbed of their childhoods together, they have come to be at peace with uncovering this life-altering revelation at this stage in their lives. They are both in long-term relationships, each with grown children.

“I tell Michele that as much as I wish so many other things could have been. … I think that we’re at a point in our life that it was the right time for us to be together,” Kanter said. “Twenty-five years ago would have been great, but I don’t know that I could’ve handled this at 18, 19 years old — when the boys [in ‘Three Identical Strangers’] met each other.”

Speaking to the notion that they were separated in the first place, Mordkoff said, “ethics and morals are not brand new. They’re been around forever. Doing the right thing is the right thing. And knowing you’re doing the wrong thing and hiding what you’re doing is my concern with what happened with us.”

Spence-Chapin Services to Families and Children, the organization that absorbed all of Louise Wise’s records in 2004, did not respond to multiple requests for comment.

“I think that sometimes in life, you have to accept the good and the bad, and this has been good,” Mordkoff said. “The disturbing part is why it happened and that things could’ve been different. But that being said, I’m thrilled.”

“We missed out on what sisters should’ve had together, but that being said, we have each other now for future times together and happy occasions and [to] support each other.”