Roger Stone does not rule out cooperating with Mueller 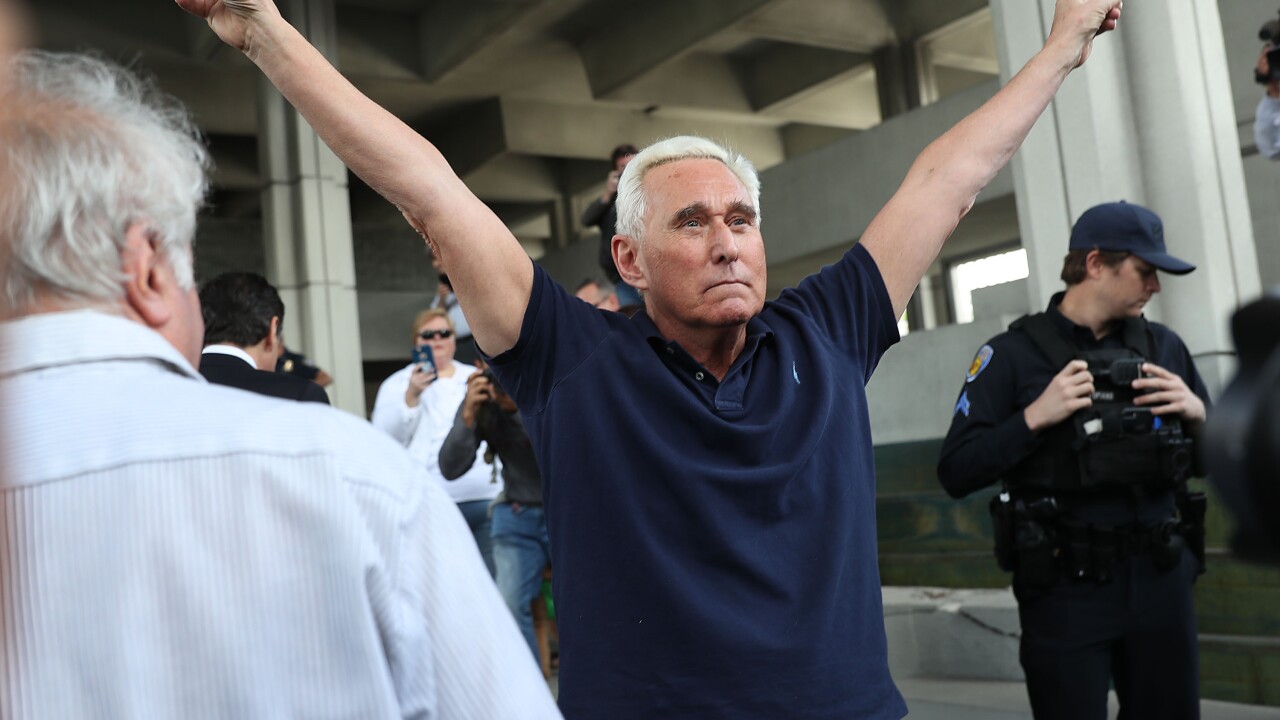 Roger Stone said Sunday he would tell the truth about his communications with President Donald Trump and did not shut the door on the possibility of cooperation with special counsel Robert Mueller.

Asked on ABC’s “This Week” about the chances he would cooperate with Mueller, Stone said his attorneys would need to discuss the subject but contended he would testify honestly about any wrongdoing that may have occurred.

“If there’s wrongdoing by other people in the campaign that I know about — which I know of none — but, if there is, I would certainly testify honestly,” Stone said. “I would also testify honestly about any other matter, including any communications with the President. It’s true that we spoke on the phone, but those communications are political in nature.”

Stone was indicted on Thursday by a federal grand jury in Washington on seven counts and was arrested on Friday morning in Florida. Mueller alleged in the indictment that Stone sought stolen emails from WikiLeaks in coordination with Trump campaign officials.

Stone said Friday afternoon that he would plead not guilty and would not “bear false witness against the President.”

Asked then if he was cooperating with the special counsel, Stone said, “I don’t want to address that question, but I have made it clear I will not testify against the President, because I would have to bear false witness against him.”

In Sunday’s interview, Stone echoed Trump in his attacks on the special counsel investigation and denied any “conspiracy with Russia.”

“I have never discussed a pardon,” Stone said. “The only person that I have advocated a pardon for, as we have discussed previously, is a posthumous pardon for Marcus Garvey.”