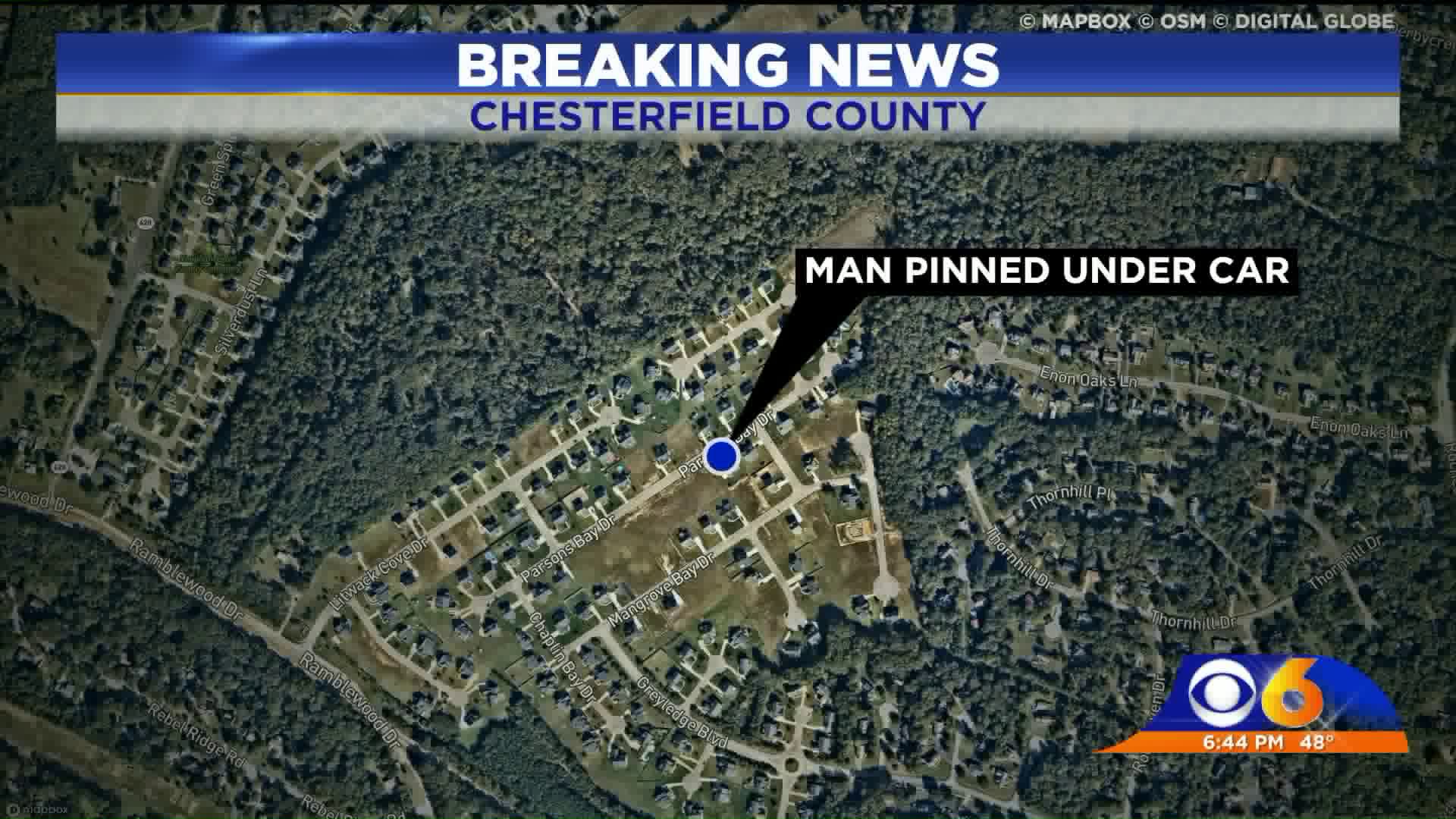 CHESTERFIELD COUNTY, Va. – A man was critically injured after he was trapped underneath a car in Chester Sunday afternoon.

Chesterfield Police said it happened in the 13000 block of Parsons Bay Drive just after at 4:41 p.m.

Officials said the man was working on a car when he became pinned underneath his vehicle.

Medics took him to an area hospital with life-threatening injuries.