Nixon Foundation distances itself from Roger Stone after Mueller indictment 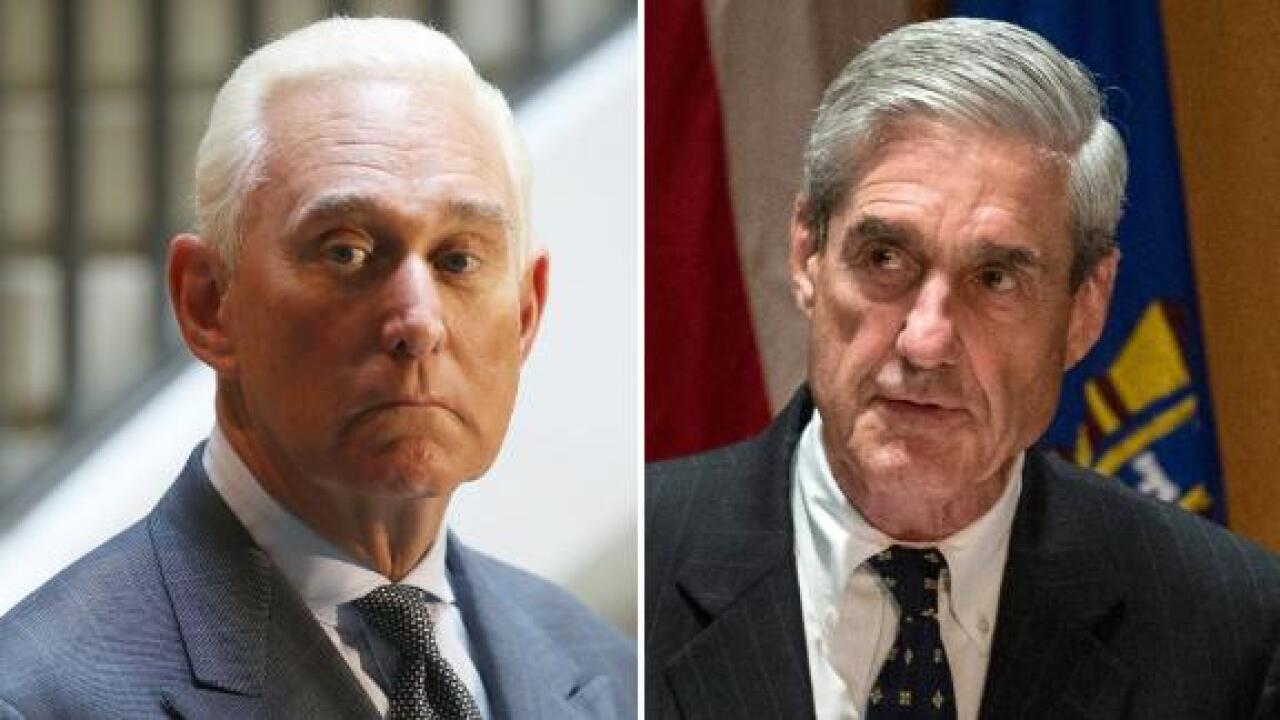 On the day of his indictment by special counsel Robert Mueller, former Donald Trump adviser Roger Stone seems to have lost the support of one of his greatest heroes, former President Richard Nixon — or at least Nixon’s foundation.

The Nixon Foundation sought to distance itself Friday from Stone after the political provocateur emerged from a Florida federal courthouse flashing the signature double V hand signal, usually used to symbolize “victory” or “peace,” that Nixon made when he departed the White House after his resignation. Stone, who has a tattoo of the former president on his back, has long cited Nixon as a key political icon and influence.

The foundation added, “Mr. Stone, during his time as a student at George Washington University, was a junior scheduler on the Nixon reelection committee. Mr. Stone was not a campaign aide or adviser. Nowhere in the Presidential Daily Diaries from 1972 to 1974 does the name ‘Roger Stone’ appear.”

The FBI arrested Stone early Friday morning after he was indicted by a grand jury on charges brought by Mueller, who alleges that the longtime Trump associate sought stolen emails from WikiLeaks that could damage Trump’s opponents while in coordination with senior Trump campaign officials. The indictment indicates that several unnamed Trump advisers knew of Stone’s attempts.

In texts to his alleged WikiLeaks back channel, radio host Randy Credico, Stone said, ” ‘Stonewall it. Plead the fifth. Anything to save the plan’ … Richard Nixon,” according to prosecutors.

Nixon isn’t the only Oval Office resident avoiding associations with Stone. White House press secretary Sarah Sanders told CNN’s John Berman on “New Day” Friday, “This has nothing to do with the President and certainly nothing to do with the White house. This is something that has to do solely with that individual, and not something that affects us here in (the White House).”