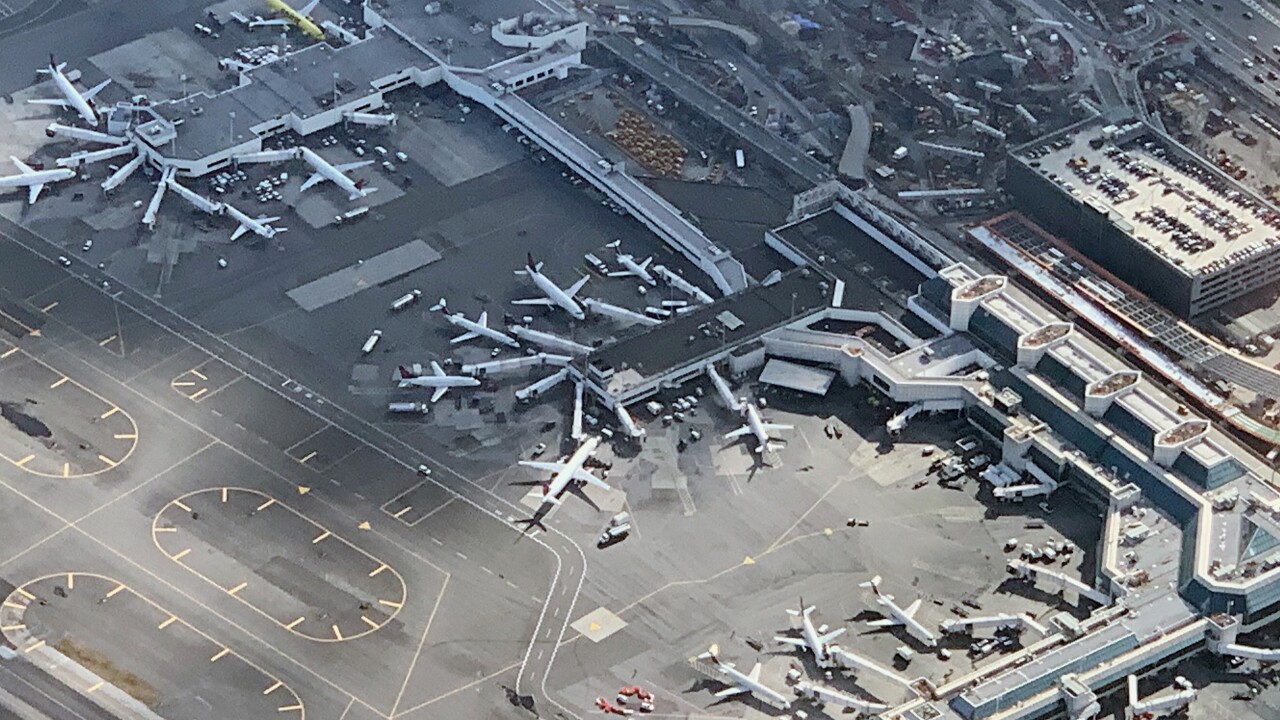 An aerial view of Laguardia Airport as photographed on November 10, 2018 in New York City. (Photo by Bruce Bennett/Getty Images)

Flights into the three major airports are delayed Friday morning by an average of 41 minutes, according to the FAA.

“We have experienced a slight increase in sick leave at two air traffic control facilities affecting New York and Florida,” the agency said in a statement.

“As with severe storms, we will adjust operations to a safe rate to match available controller resources. We’ve mitigated the impact by augmenting staffing, rerouting traffic, and increasing spacing between aircraft as needed.”

“You can’t mess with a system that is so integral to the United States,” she told CNN Friday. “This is reckless, what has been going on with the shutdown.”

The delays — as the partial federal government shutdown marks its 35th day — come less than two days after the president of a major air traffic controllers union warned that the ongoing shutdown poses a major safety risk.

Added Gilbert on Friday: “You cannot continue to operate a system this complex for this long without the support structure of the people that are furloughed. We are already short-staffed. Now, you have added the stress to air traffic controllers and their personal circumstances, and they’re not sleeping at night. We are concerned that they are not fit for duty.”

President Donald Trump was briefed on flight delays at major East Coast airports, his spokeswoman said on Friday, as officials inside the White House and on Capitol Hill ponder whether a widespread air travel debacle could break the weeks-long shutdown stalemate.

“The President has been briefed and we are monitoring the ongoing delays at some airports,” press secretary Sarah Sanders wrote in a statement. “We are in regular contact with officials at the Department of Transportation and the FAA.”

It’s too early to say whether the flight delays at eastern airports will break the shutdown stalemate. But the prospect of a national air travel meltdown has long loomed in the minds of White House and congressional officials as the one thing that might bring an end to the stalemate.