Among injured e-scooter riders, only 4% were wearing helmets, study says 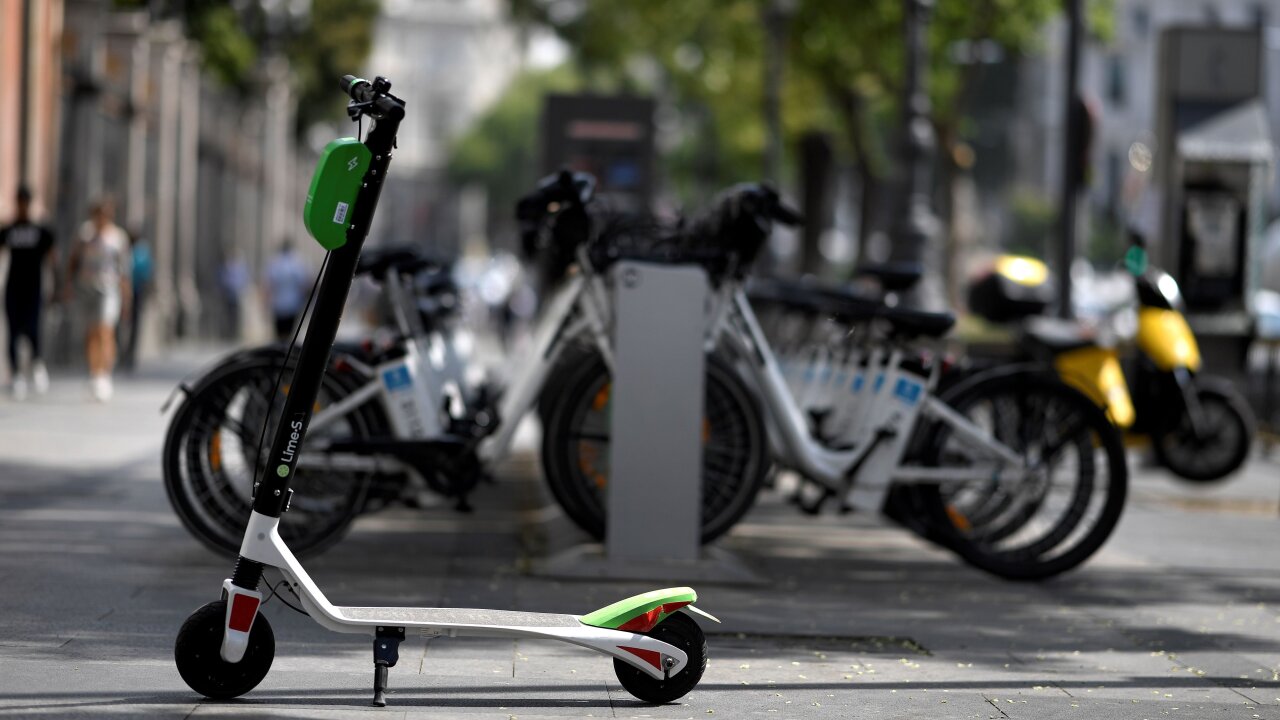 Head injuries, fractures, cuts and bruises: Those are some of the injuries that more than 200 riders of electric scooters — and those who were accidentally hit by or tripped over them — experienced over a year in two hospitals in Southern California, according to a new study published Friday in the medical journal JAMA Network Open.

The study found 249 people were seen following electric scooter accidents at the two emergency departments participating in the one-year study. The majority of the people injured — 92% — were riders themselves, and only 4% of riders wore helmets. But the group also included pedestrians who were struck by scooter riders or who stumbled over a discarded scooter.

Dr. Tarak Trivedi, the lead author of the study, is an electric scooter rider himself. As a physician, he once took care of a patient with a dislocated shoulder following an electric scooter accident at the same intersection he crossed on his way to work.

“If I were to have one of these injuries, I’d be out of commission for a while,” said Trivedi, an emergency medicine physician at the University of California, Los Angeles and a fellow with the National Clinician Scholars Program.

So, he started keeping track of the types of e-scooter injuries coming into the ER.

Forty percent of those injured experienced head injuries, 32% experienced fractures, and 27% had cuts, bruises and sprains. Most people were treated and released, but 15 required overnight stays in the hospital and two required admission to the intensive care unit.

The research team also stationed itself at busy LA intersections, to find that of 193 e-scooter riders observed, 182 were not wearing a helmet.

As an observational study in just two emergency rooms, the new research can’t establish a concrete risk of injury per ride. That makes it difficult to compare the dangers of riding electric scooters with those of motor vehicle accidents. In addition, electric scooter companies don’t typically release the number of customers or rides, to the public.

“[The study] fails to take into account the sheer number of e-scooter trips taken — the number of injuries reported would amount to a fraction of one percent of the total number of e-scooter rides,” Paul Steely White, director of safety policy and advocacy at scooter company Bird, said in a statement. “Moreover, the report fails to put e-scooter injuries into context as they relate to the high number and severity of injuries and deaths caused by motorcycles and automobiles.”

Bird and Lime, both leading electric scooter companies, expressed their commitment to rider and community safety.

“That’s why every day we’re innovating on technology, infrastructure and education to set the standard for micromobility safety,” a Lime representative said in a statement to CNN.

As an emergency room provider, Travedi realizes an expanding market for electric scooters inevitably means at least some injuries.

He urges riders, companies and policy makers to take the risks seriously.

“Of course there are going to be injuries,” Travedi said, “but we have to do everything we can to prevent them.”