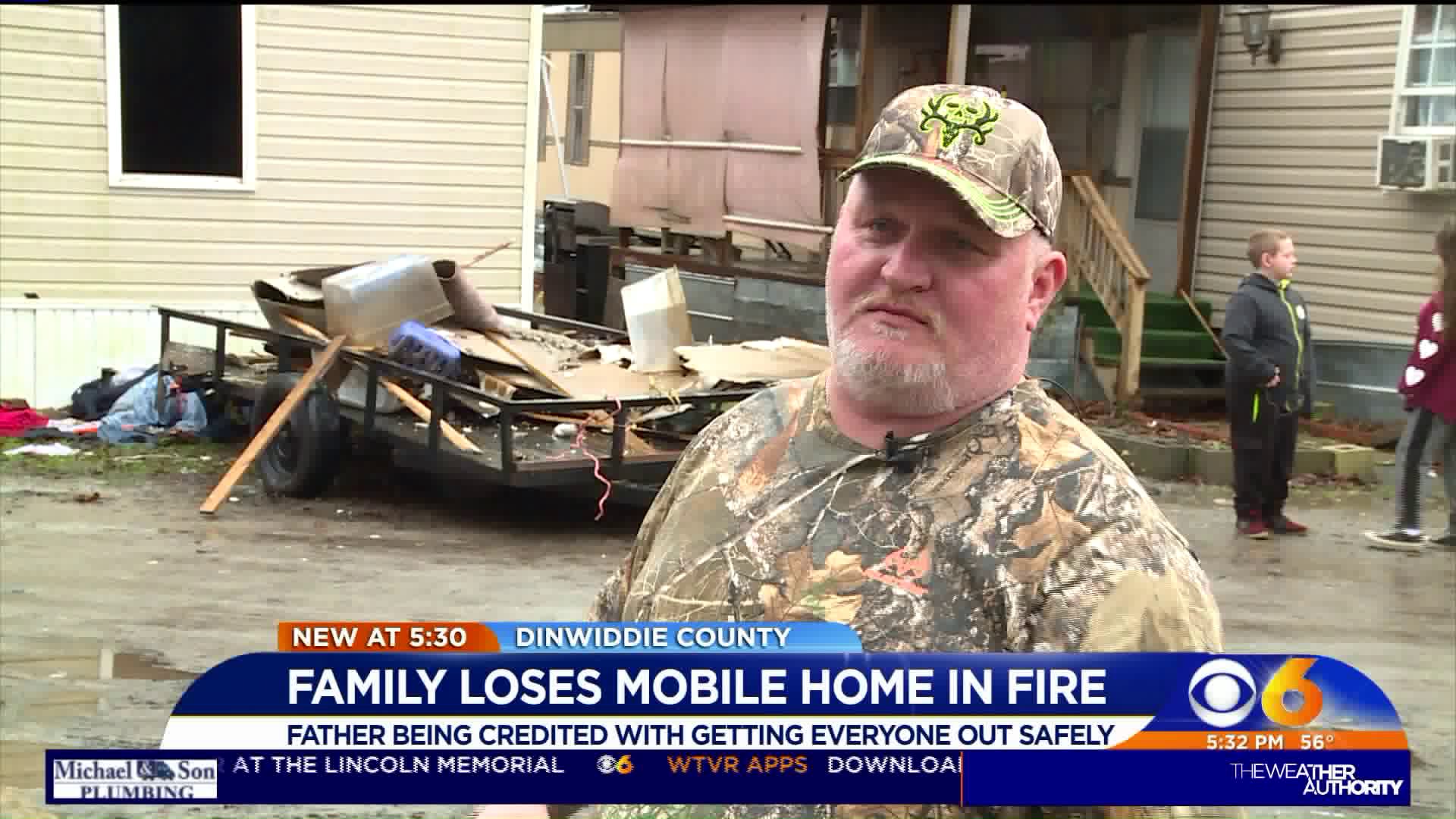 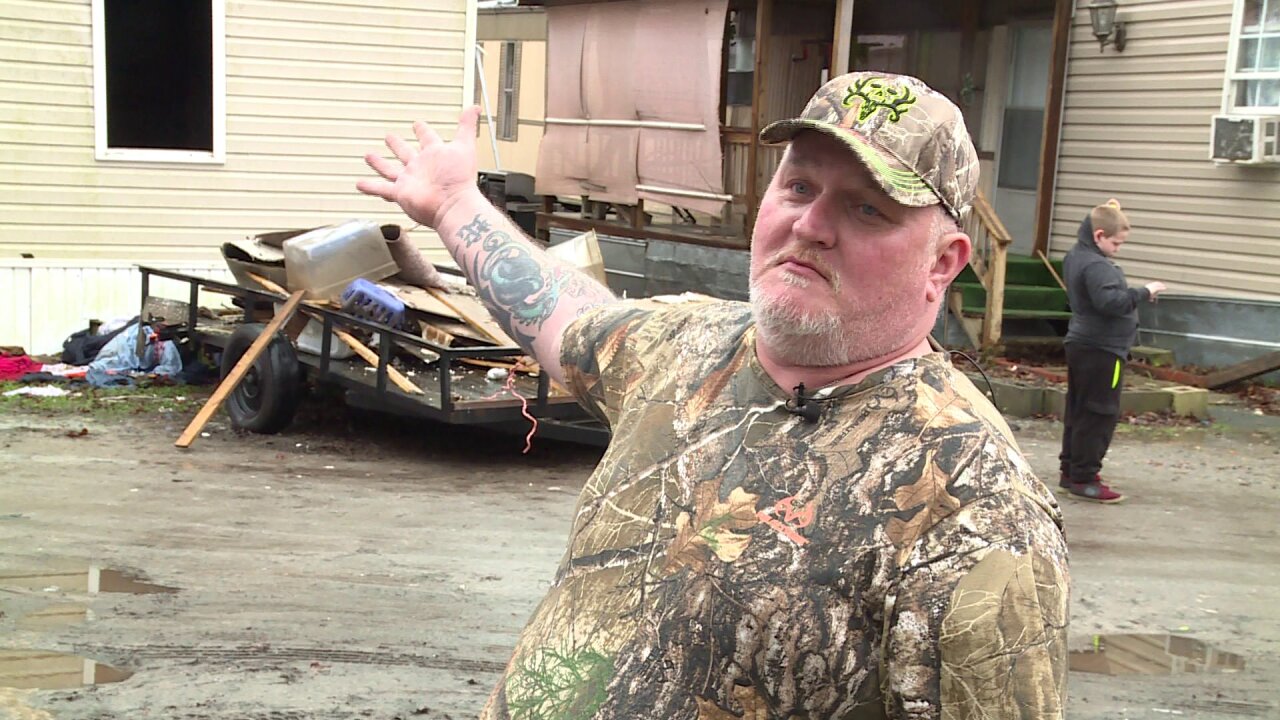 He told his wife and got out of bed.

Moments later, he saw smoke in the living room where his two children were sleeping.

"I couldn't even hardly see my kids laying on the couch cause there was so much smoke," said Robert Tatum.

"A lot of smoke, it was black, black smoke," said Robert's wife Teresa.

Robert then made his way to a back bedroom.

"I kicked the door open to see what was burning and the flames shot at my face, I jumped back," Robert recalled.

At that moment Tatum says he saw his life flash before his eyes.

He retreated to the living room, grabbed his kids, pushing them out the front door.

Then he got his wife out of the home safely.

"It was scary, I mean it's still unreal," said Teresa.

The family escaped without injury with only the clothes on their backs.

After the terrifying ordeal, Teresa is calling her husband a hero.

Robert Tatum says he believes the fire started when the rain got in through a tarp on the roof of his rented mobile home and shorted out an electrical outlet.

A longtime family friend has sent up a Facebook fundraiser page to help raise money for the family.