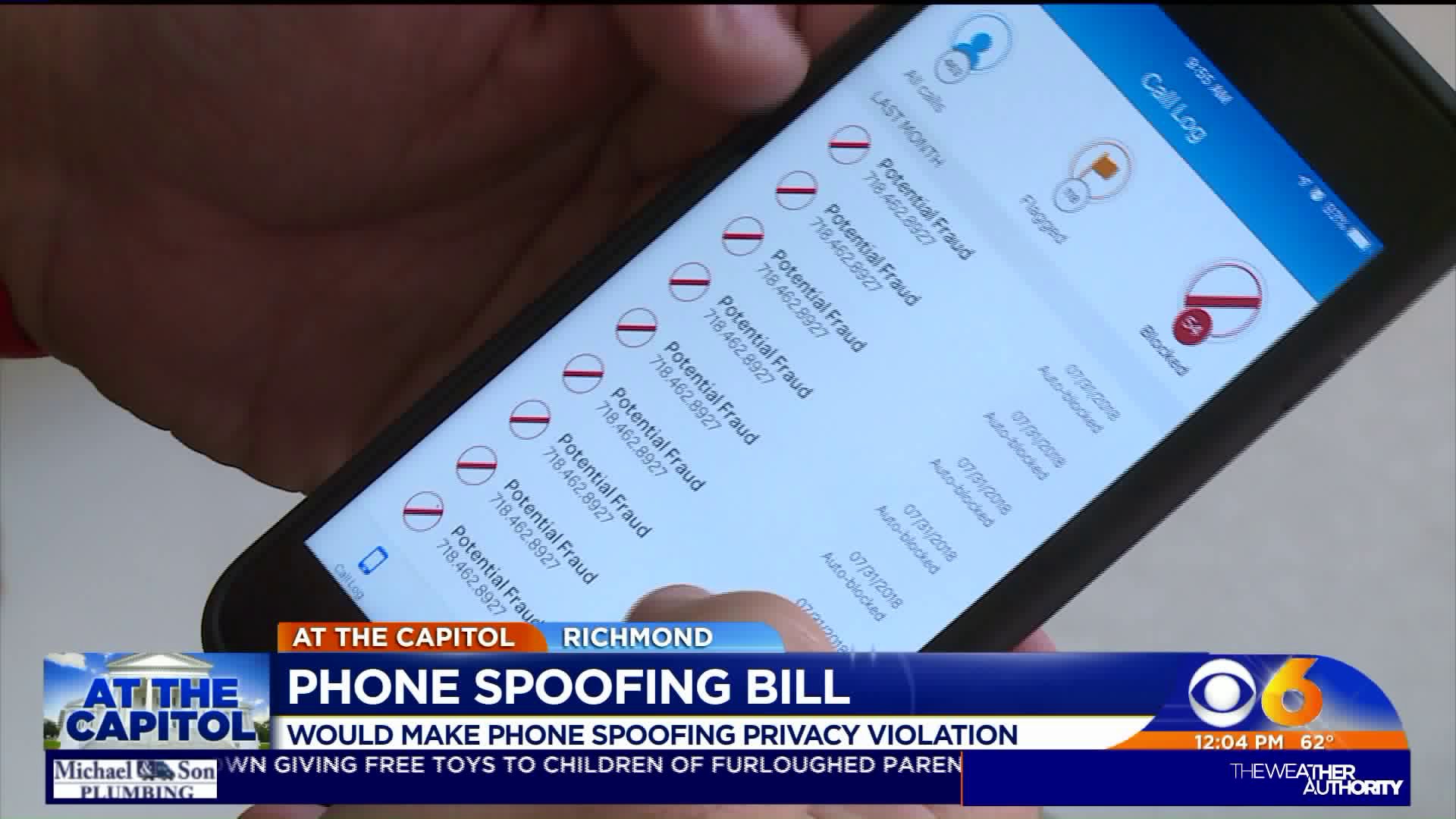 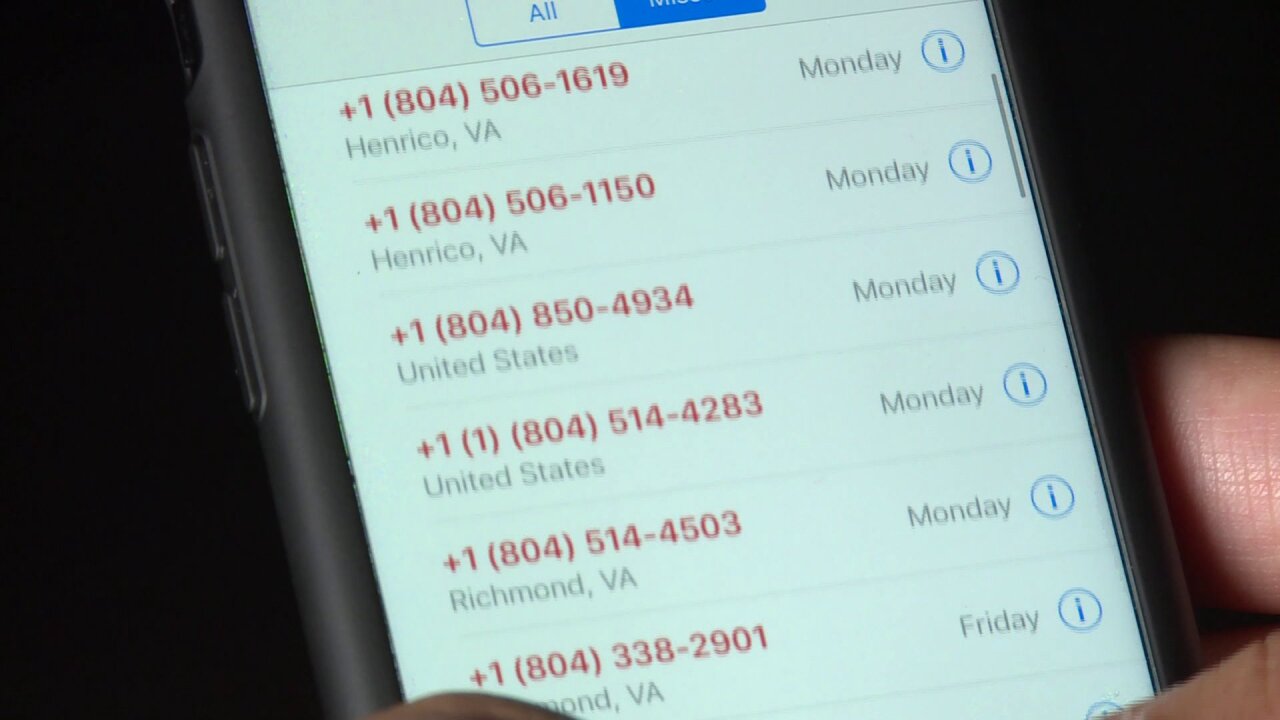 RICHMOND, Va -- The days could be numbered for those annoying spam calls to your cell phone that pop up on caller ID and appear to originate from a phone number that has the same local area code and first three digits of your number.  The practice is called phone "spoofing," and Virginia lawmakers have proposed making them illegal in the Commonwealth.

Del. Todd Pillion (R - Abingdon) has introduced a bill that would add the practice of spoofing to the Virginia Telephone Privacy Protection Act.  Violations of the VTPPA are punishable by a $500 fine per offense.

"The measure also prohibits a person, with such intent, from displaying (a) Virginia area code on the recipient's caller identification system unless the person making, placing, or initiating the call or text message maintains a physical presence in the Commonwealth," HB 2564 reads.

Another bill, sponsored by Del. Emily Brewer (R-Prince George), would make phone spoofing a Class 3 misdemeanor, which is punishable by a fine of up to $500.

"We all receive these annoying phone calls, sometimes multiple times each day. What some people may not realize is these are scam calls, fishing for private information. Virginians are being tricked into draining their retirement accounts for thousands of dollars to avoid being thrown in jail by the fake sheriff or IRS agent on the other end of the call,” Del. Brewer said. "This legislation isn't the end fix, but it is the first step. The General Assembly has a responsibility to provide localities the ability to prosecute these serious crimes."

Brewer's bill has already cleared a House subcommittee with a unanimous vote.

Virginia Attorney General Mark Herring is also working on the issue of spoofing.  Last October he joined 34 attorneys general in asking the FCC to allow phone companies to work together to detect and block illegal spoofed robocalls.

"Virtually anyone can send millions of illegal robocalls and frustrate law enforcement with just a computer, inexpensive software and an internet connection,” the attorneys general wrote to the FCC at the time.

FCC rules prohibit anyone from transmitting misleading or inaccurate caller ID information with the intent to defraud, cause harm or wrongly obtain anything of value, according to their website.

In general, the number of unwanted calls are on the rise due to faster and easier to use technology.

Spoof calls are annoying at the least and scams at the worst, so experts said there are steps you should take if you receive one.

Whether it is a telemarketer, spammer, or robocall, there are steps you should take if you receive an unwanted call, according to the FTC:

You can report spam or robocalls directly to the FTC; just click here.

Herring said if any Virginian felt they had been unfairly targeted by solicitors, they should write down the number the call came from, the name of the business if it is given, and then report the incident to the OAG Consumer Protection Unit.

Del. Pillion's bill is scheduled to get its first hearing before the House Commerce and Labor Committee Thursday afternoon.