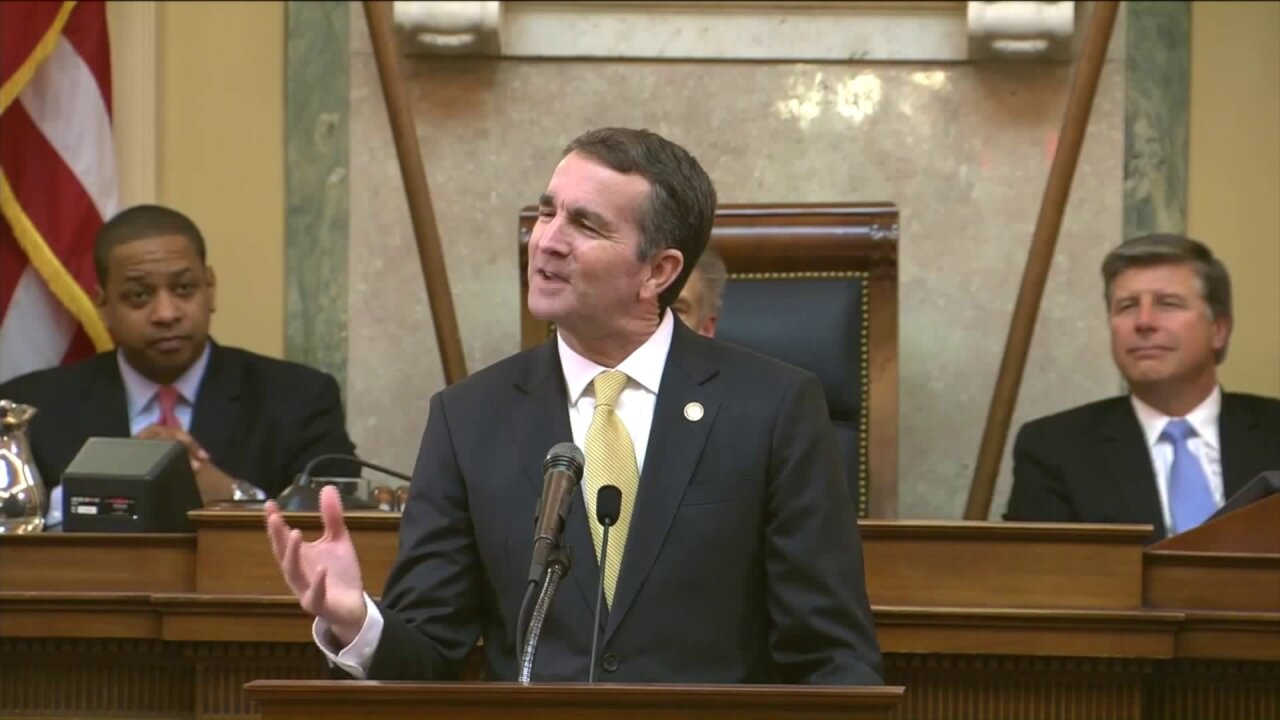 RICHMOND — Virginians could see an additional $5 charge on their power bills after Democratic Gov. Ralph Northam, Republican House Speaker Kirk Cox and a bipartisan group of legislators announced an agreement Thursday to clean up large ponds of toxic coal ash throughout the state.

The $3 billion plan is to remove coal ash — the residue from power plants — from sites near Virginia’s waterways within 15 years. Democratic Sens. Scott Surovell of Fairfax and Amanda Chase of Chesterfield began the team effort to address the problem three years ago. Chase, Surovell and Sen. Frank Wagner, R-Virginia Beach, are sponsoring legislation to close the coal ash sites, clean them up and prohibit further construction.

Surovell’s Senate Bill 1533 specifically targets the ponds in Prince William, Chesterfield Fluvanna counties and the city of Chesapeake. Dominion Energy, which operated the coal-fired power plants responsible for the ash, would pass along the cost of the cleanup to customers. The company would be required to use local labor and resources when practical to remove the material.

Chase has filed two bills — SB 1009 and SB 1743 — prohibiting coal ash ponds in the Chesapeake Bay watershed and requiring the closure of existing ponds. She said she is excited to work with her colleagues to solve this problem.
“Clean water is a bipartisan issue,” Chase said. “If you think of the cost of cancer and compare it to $5 a month, that’s nothing.”

If the legislation becomes law, that amount would begin appearing on Dominion customers’ bills starting in 2021.

Virginia has been storing coal ash in ponds since the 1930s. Dominion Energy’s website states that it has 11 coal ash ponds and six coal ash landfills totaling about 27 million cubic yards of coal ash statewide. The plan requires the power company to recycle a minimum of 7 million tons by the 15-year mark.

In a statement, Dominion Energy representative Dan Genest said the company “supports the comprehensive agreement reached by the Governor, legislative leaders, and members of the General Assembly that accomplishes clean closure, minimizes truck traffic, and prudently manages customer costs for the closing of ash ponds at our power stations.”

Northam described the bipartisan agreement as historic and said the plan is a breakthrough in protecting the people and environment of Virginia.

“Our effort will ensure we are disposing of coal ash in the safest, most environmentally responsible way. As they exist now, we run the risk that they could contaminate the drinking water supply, our tributaries of the Chesapeake Bay,” the governor said. “I think the environmental impact far outweighs those costs.”

Northam said 25 percent of the coal ash must be recycled into concrete, asphalt or other construction materials. Coal ash that isn’t recycled would be moved to landfills certified by the U.S. Environmental Protection Agency or into modern pits at the site of power plants whose lining will prevent contamination.

Democratic Del. Jennifer Carroll Foy lives near the Possum Point Power Station, which has four coal ash ponds, in Prince William County. She said she commends her colleagues, constituents and the power company for compromising on a solution.

“Coal ash is something that’s very personal to me, having Dominion’s coal ash pond in my backyard,” Foy said. “Arsenic, lead and mercury needed to be removed from the community so it would not disturb and have poison in our playgrounds and lead in our water.”

The bills addressing the issue have been referred to the Coal Ash Subcommittee of the Senate Committee on Commerce and Labor.