33 horses seized in animal cruelty investigation: ‘Show me the abuse’ 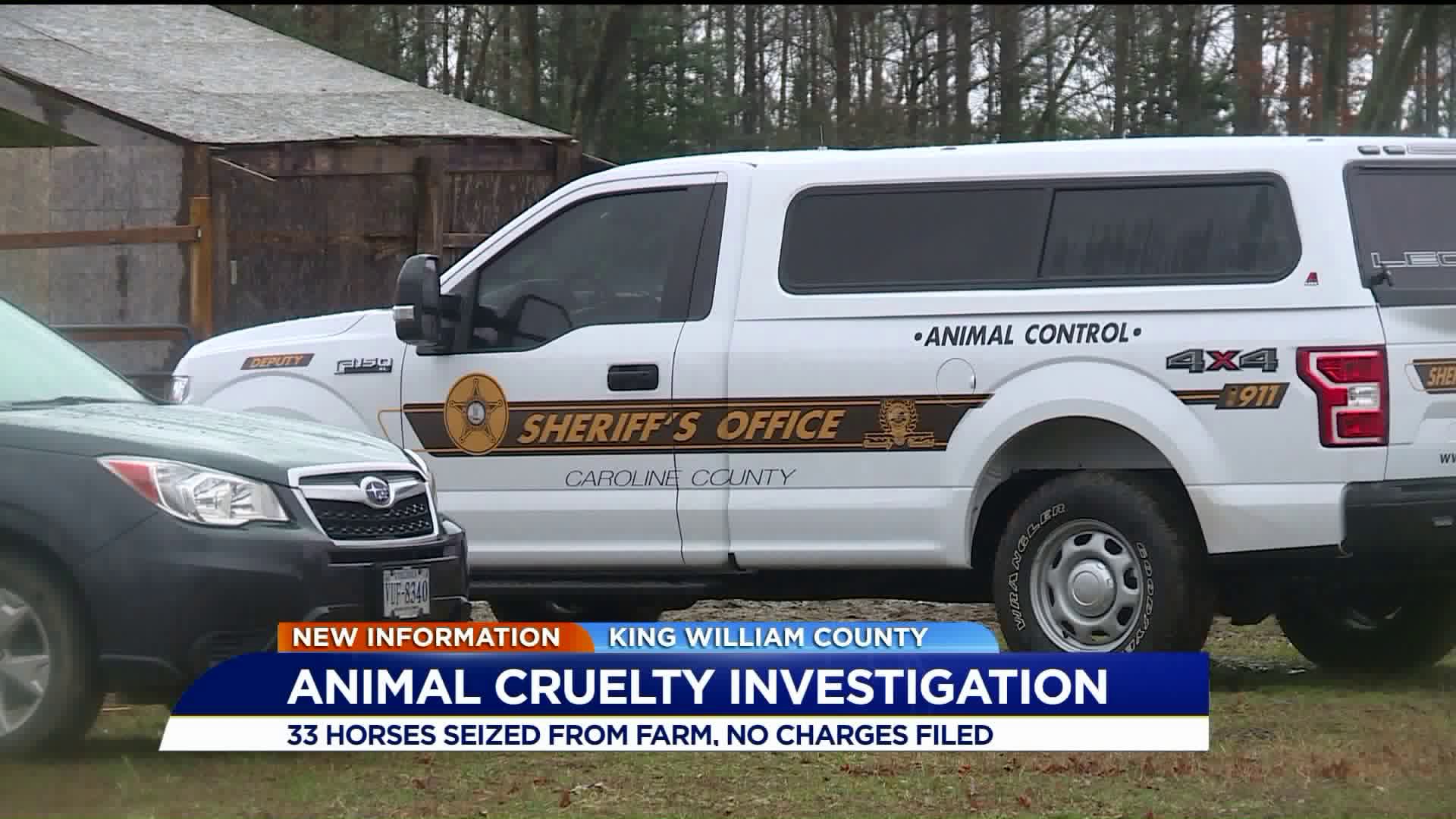 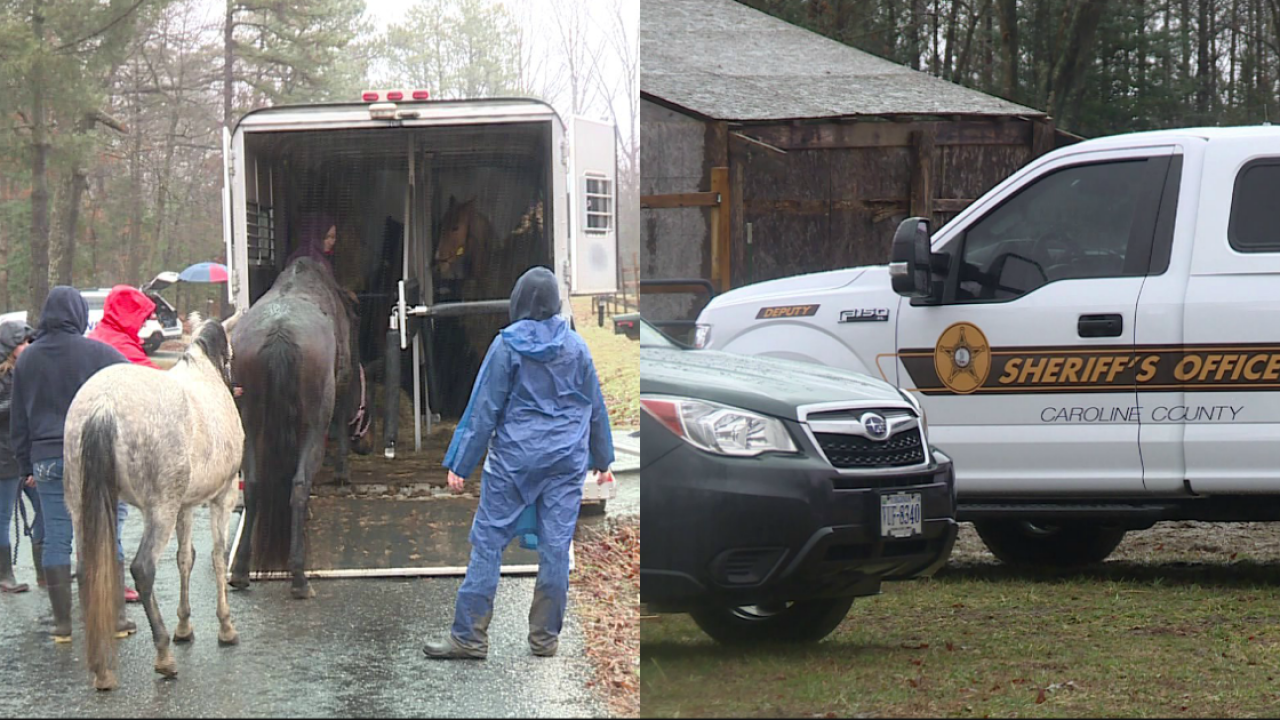 KING WILLIAM COUNTY, Va. -- With rain pelting their backs, 33 horses left their home on Upshaw Road in King William County and were loaded up by law enforcement agents working with the Attorney General's Animal Law Unit.

A spokesperson for the Attorney General's Office said the search was part of an investigation into suspected animal cruelty.

But Bodoh said his clients, who have not been charged with anything, were innocent.

"Show me the abuse, where is the abuse? Who is claiming there is abuse?," he asked.

Bodoh suggested the raid could be in retaliation for a pending lawsuit his clients have with King William for a previous incident.

"We don't know what this is about, what I can tell you is we have an ongoing lawsuit against the sheriff and a number of deputies for a previous search on this property back in 2016," Bodoh said.

Bodoh said that lawsuit involves a previous search where animals were confiscated, but then returned because they were not being maltreated.