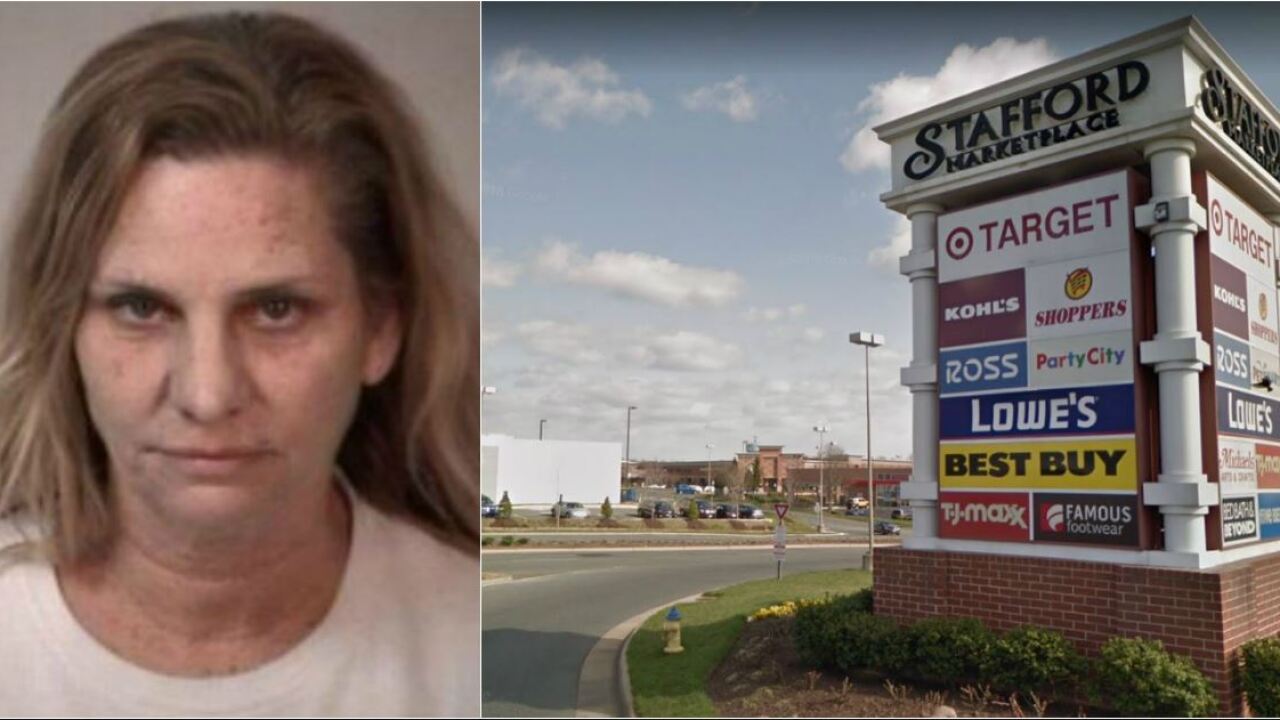 STAFFORD, Va. — A woman was charged with driving under the influence, hit and run, and destruction of property after a “wild ride” through a Virginia shopping center, according to the Stafford County Sheriff’s Office.

Stafford Deputies were called to the Wendy’s on Garrisonville Road at about 7:25 p.m. on Saturday, January 19 to investigate reports of a drunk driver.

Once inside the shopping center’s parking lot, the driver drove into the brick wall of Bed Bath and Beyond, investigators said.

“[That] did not cause any damage to the wall, but did result in heavy front end damage to the suspect vehicle,” Vicinanzo said. “As the vehicle backed up, it hit a sign, a metal bench, and a large flower pot—all of which were significantly damaged.”

The driver kept going, first speeding towards the Lowe’s store, then crossing Staffordboro Boulevard towards the bus gate entrance of Moncure Elementary School.

“The suspect vehicle drove through the closed right gate and through the fence attached to it before coming to a stop in the grass near the playground,” Vicinanzo said. “The driver then restarted the vehicle, which began spinning in the grass before crashing into a large boulder in the center of the bus turnaround.”

The driver, identified as 51-year-old Sherry Fitzgerald, of Stafford, was arrested once deputies arrived at the school.

“[Fitzgerald] admitted to drinking alcohol and taking multiple over-the-counter drugs as well as a prescription medication that was not prescribed to her,” Vicinanzo said.

She was booked at Rappahannock Regional Jail.