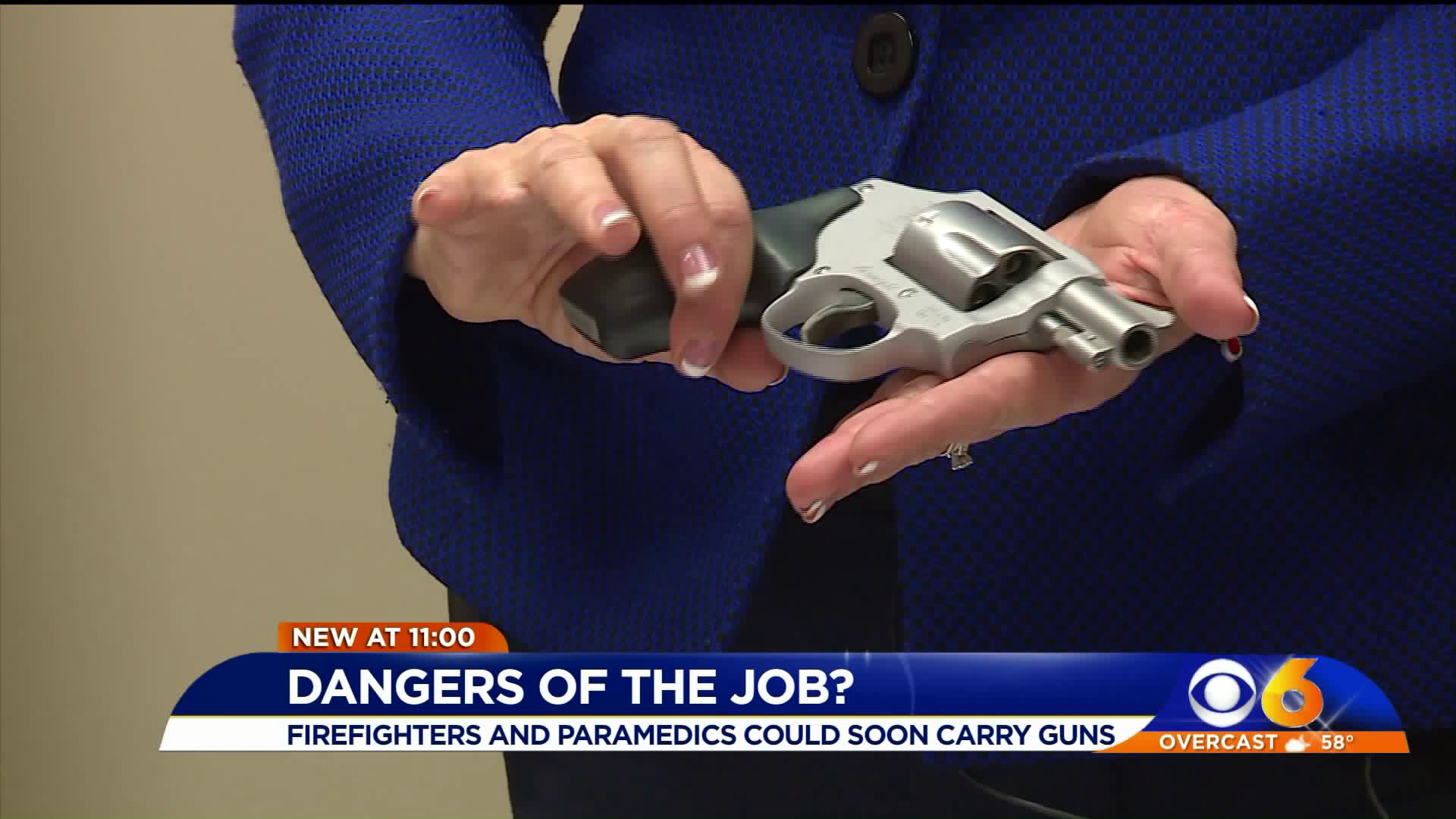 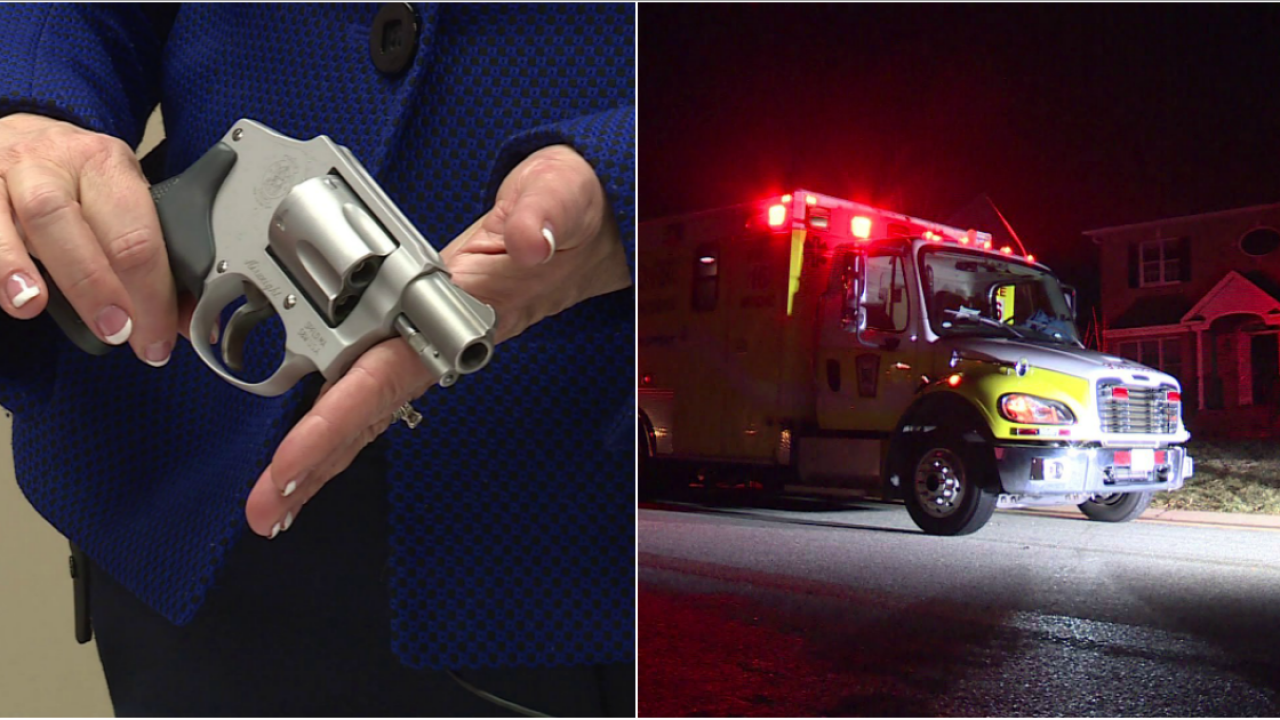 RICHMOND, Va. -- Firefighters and EMS personnel may soon be able to carry a concealed weapon while on the job thanks to legislation passed by Virginia’s Senate Tuesday.

"The current law they can already [carry a concealed weapon], it’s usually a policy or procedure of that locality that they don’t," Sen. Chase stated. "That’s still on the table - every locality can decide for themselves."

Chase said she filed the bill after her concerns grew as a mother of a daughter who was an EMT for the City of Harrisonburg.

"My daughter was actually staging an event. She had someone come up to her window and tap on her window. There was a hostage situation going on. There was no one at the ambulance where she was staging no one there to protect her," Chase explained.

Crewe Fire Department Firefighter and Squad Training Officer James Tharpe said -personally speaking and not on behalf of any organizations - he believed the bill would only increase the danger during a stressful call.

"You’re leaning over the patient trying to strap them in. They look up and see your hand gun, they have an episode and you're disarmed by the patient," Tharpe explained. "There’s just 10,000 things that can go wrong with this."

As a firefighter for seven years and EMT for two in Nottoway County, Tharpe said they are trained to de-escalate a situation.

"We are allowed, encouraged and it’s taught to just stay back until you get a complete picture of what’s going on," he recalled. "If the scene is not safe to begin with, then you just not go."

Recently, Tharpe and members of the Nottoway County Emergency Squad purchased body armor vests with their personal funds for about $650 each.

"In the United States, violence against EMS is on the rise," Tharpe told the Blackstone Courier Record. "We spend more time in strangers' homes than any other type of responder -- alone and unarmed."

However, he still doesn't believe that firearms are the answer.

"I cannot think of a single time that we needed law enforcement, that law enforcement wasn’t there prior to us, or arrived so quickly that we hadn’t had the ambulance parked yet," Tharpe added.

Tharpe said he's a second amendment supporter and has a concealed carry permit.

"I've never had a call I can say I wish I was armed," he stated.

The bill - if passed - would be beneficial to rural localities where law enforcement resources may be limited or during active shooting situations, according to Chase.

"We are exposing our volunteers to unknown situations. A lot of times they don’t know what they’re walking into," Chase said.

"Once instance I can think of - I called myself along with other firefighters to set up a landing zone for the Med Flight helicopter responding to a shooting victim. Two of the suspects had fled on foot in the area armed with guns. We did not have any law enforcement security due to it being in a rural area and all the resources were at the scene of the incident. If anyone would have tried to stop or attack us we would have not had a way to protect ourselves," according to Wargofcak's statement.

Mark Tenia, a spokesperson for Richmond Ambulance Authority, said in a statement, "We are currently monitoring SB 1012 but do not have any comment on the pending legislation at this time.”

Chesterfield Fire and EMS is paying attention to several bills that are making their way through the General Assembly to determine the impact they will have on the fire service, specifically our department. If the bills are passed, we will evaluate each of them individually. As always, our priority is providing the best fire and emergency medical services to the residents and visitors of Chesterfield County.

If passed, the first responder would be required to seek permission from their fire chief or emergency medical services chief.

The bill originally included language that would require the first responder to be previously employed as a law-enforcement officer or as a member of the Virginia National Guard, Armed Forces or Armed Forces Reserves. The requirement has since been removed.

The Senate voted 21-19 across party lines advancing the bill to the House.

A similar bill was defeated in the House last year.

Chase made headlines earlier this session when she began openly carrying a gun on her belt while on Capitol Square grounds.

She refers to her .38 revolver as a deterrent she hopes she never has to use.

"Right after the so-called Equal Rights Amendment was presented on the floor and I spoke in regards to that particular issue - as I was leaving the floor after session I did have several angry protesters start to approach me. They passed two of my aides and they were getting ready to come toward me and put a hand on me. But, they looked down and they saw I had a firearm strapped to my hip and they stepped back," she recalled.

Chase referred to another incident involving a fellow state senator who was greeted by angry protesters.

"I don’t think the tax payers need to pay for personal security for me. I’ll pay for and protect myself," she added.