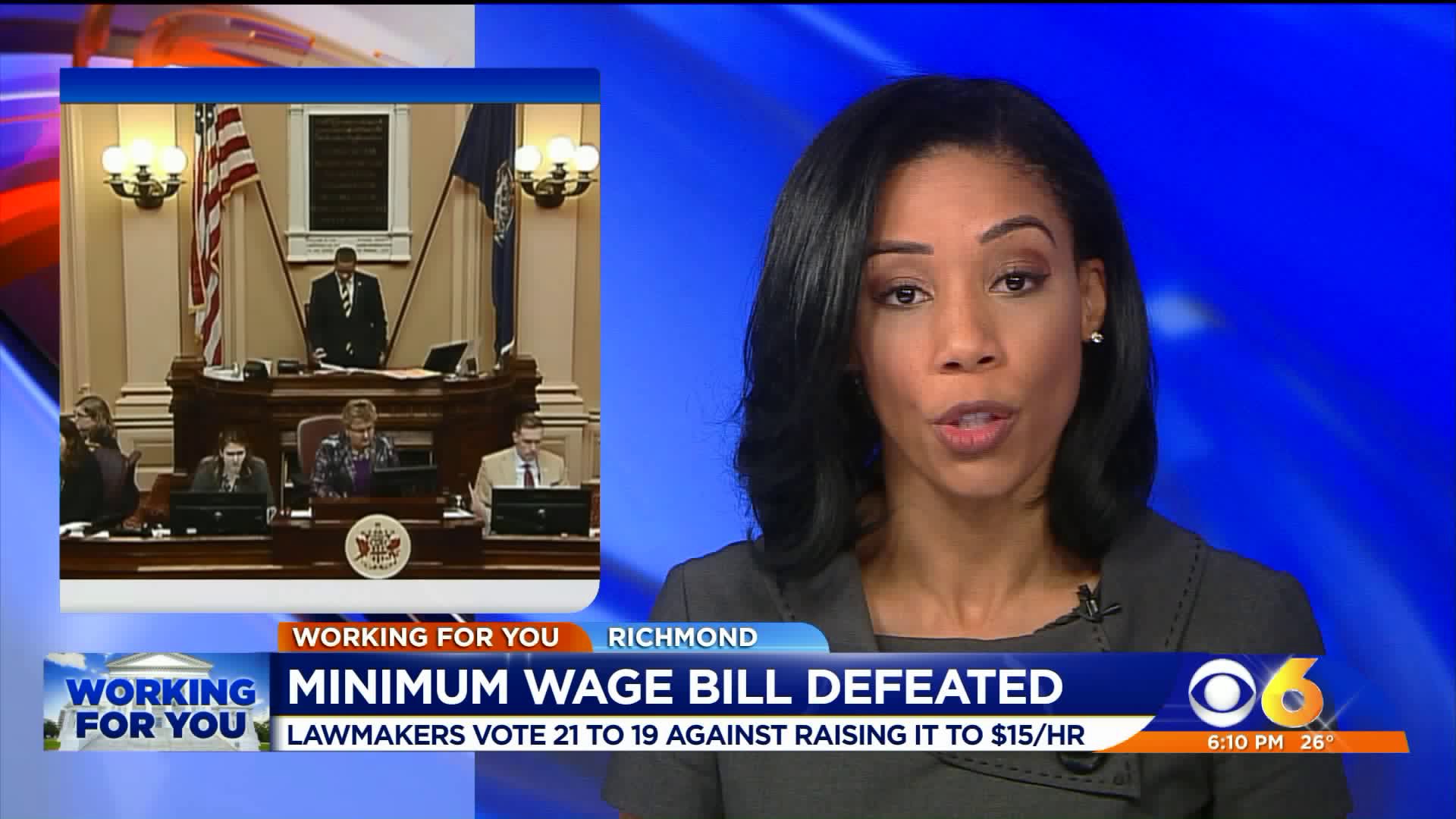 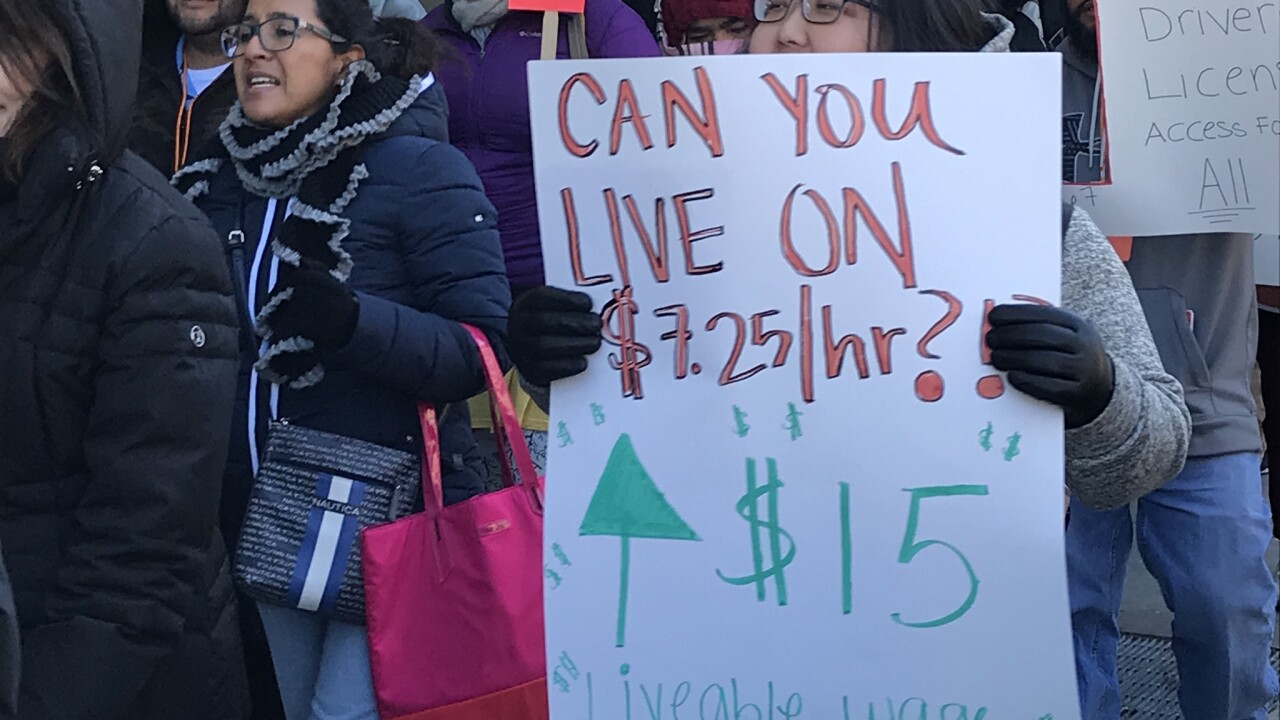 RICHMOND, Va. -- Hundreds of political activists from across Virginia gathered in Richmond on Monday to lobby in favor of driving rights for immigrants, a higher minimum wage and voting rights for felons.

A diverse group of activists assembled at the Hotel John Marshall for presentations on the organization’s legislative priorities before marching to the Capitol where they lobbied lawmakers.

“We are actually working and tracking and advocating in support of over 200 pieces of legislation,” said Tram Nguyen, co-executive director of the New Virginia Majority.

The group’s lead political organizer, Monica Hutchinson, coached activists and community members before they set out to lobby legislators.

“They need to put a face and a story to that bill,” Hutchinson said.

Faces like Robert Davis, who lobbied for voting rights legislation, including bills that would restore rights to felons who have completed their sentences. Davis had his right to vote restored in 2016, after almost 30 years of disenfranchisement.

“I always wanted to vote, but I couldn’t vote because of my background,” Davis said. “I’m still a convicted felon.”

Virginia is one of three states that permanently disenfranchise people with felony records. The law affects over 500,000 Virginians, over half of whom are African American, according to the Sentencing Project, a nonprofit organization focused on criminal justice reform.

“It affects all of us,” Davis said. “But the minority, it hurts.”

The first marchers of the day left to rally for SB 1200, a bill before the Senate on Monday that would raise the minimum wage to $15 an hour over the next two years. That’s more than double the current wage of $7.25.

“The plan is to make my money, save my money, plan for the future, plan for retirement,” said Thomasine Wilson, a home-care worker from Richmond.

Wilson said people can’t save for the future if they have to work two or three jobs just to get by. “I can’t go on vacation. I can’t even go to the grocery store.”

Political Activists attending Monday's Day of Action march down Fifth Street on their walk to the capitol, where they plan to lobby for legislation to increase the minimum wage.

The vote didn’t stop New Virginia Majority from meeting with legislators on other key issues such as paid medical leave for all, redistricting reforms, no-excuse absentee voting and in-state college tuition and driving privileges for Virginia residents despite their immigration status.

“We’re fighting to get the privilege of driving,” said Elena Camacho, an activist for immigrants’ rights.

HB 2025 would grant driving privileges to Virginia residents who meet certain criteria, even if they have been living in the United States illegally.

“The benefits would be security on the streets,” Camacho said. “People would know who is driving, and they can know the record of the people.”

After marching to the Capitol, activists spent the afternoon meeting in small groups with legislators, sharing personal stories and discussing legislative proposals.

“If they say no today, that doesn’t stop us tomorrow,” Hutchinson said.