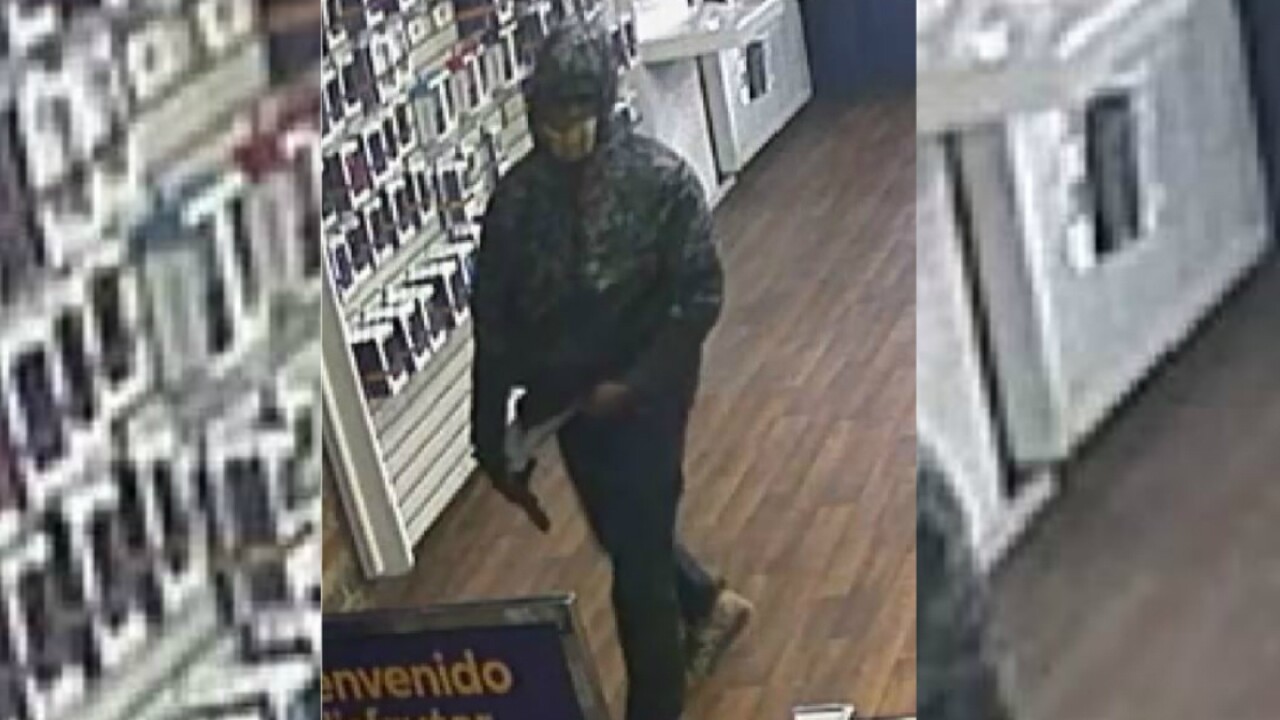 RICHMOND, Va. — Police have released a surveillance photo of a suspect wanted in an armed robbery at a Metro PCS store in Richmond on Tuesday.

The crime happened just after 3:15 p.m. at the store in the 2600 block of Midlothian Turnpike.

That is when police said a man walked into the store, pulled out a gun and demanded money from the register.

Police said the suspect made off with an undisclosed amount of cash before fleeing the scene.

The suspect was last seen wearing a gray and black camouflage zip-up jacket, dark pants with red shorts underneath and tan shoes.

Anyone with information on the identity of this suspect is asked to call Second Precinct Detective J. Pritchard at 804-646-8158 or contact Crime Stoppers at 804-780-1000 or http://www.7801000.com. The P3 Tips Crime Stoppers app for smartphones may also be used. All Crime Stoppers methods are anonymous.