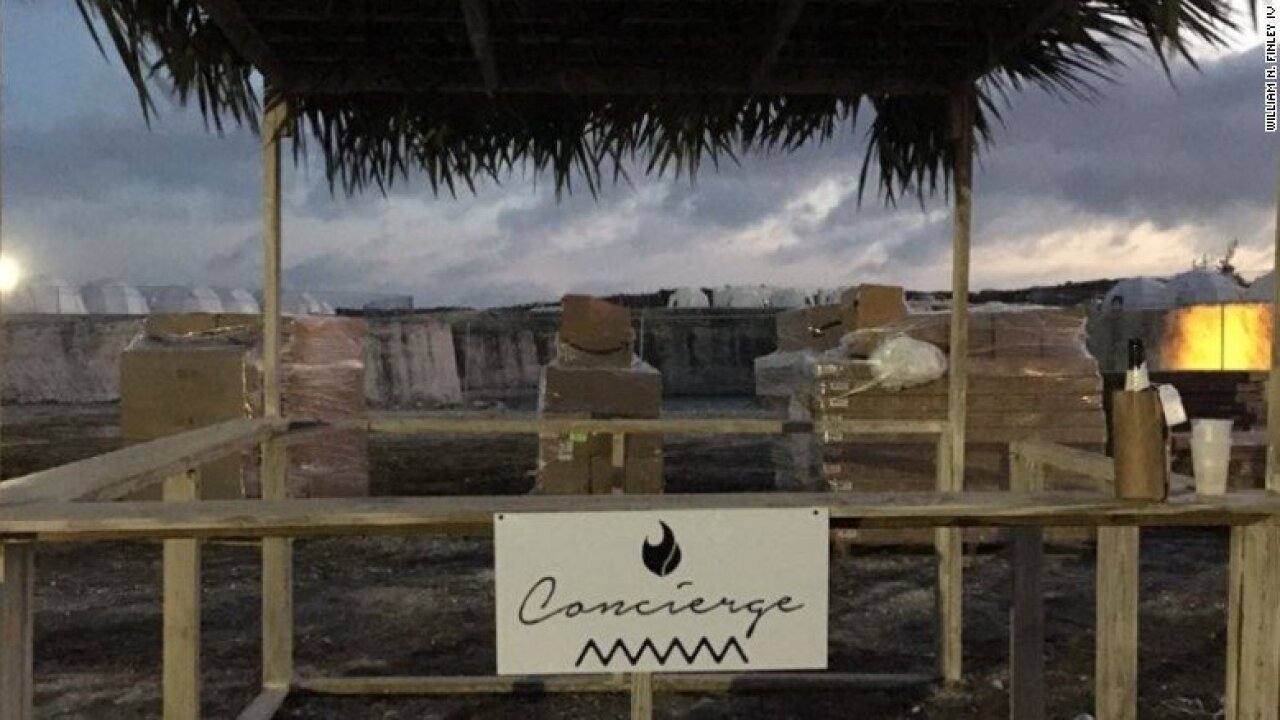 A luxury music festival in the Bahamas has been a disaster.

“Fyre” — Netflix’s version of a pair of dueling documentaries — is positively bonkers, a feature-length look at the planned Fyre music festival that went spectacularly awry. But beyond the first-person accounts, it’s a larger examination of the ability to sell consumers an image, and an “influencer” culture built around turning eager social-media users into marketing ambassadors.

In the case of Fyre, the image in question turned out to be a massive scam, one orchestrated by a con man, Billy McFarland, who had enlisted rapper Ja Rule as his partner. The pair seized on the idea of launching a major festival in the Bahamas, using images of sun-soaked models — and the reach of their social-media feeds — to market the event to young people with lots of disposable income.

McFarland was a gifted salesman, billing the concert as taking place on an exclusive island that once belonged to drug kingpin Pablo Escobar.

Yet to the growing horror and exasperation of those working for him (whose testimonials are the spine of the documentary), it turned out to be smoke and mirrors, leaving those who bought tickets essentially stranded in a far-away locale with marginal food and tents standing in for the beachfront villas they were promised, creating a “Lord of the Flies”-type melee.

Director Chris Smith (who previously helmed Netflix’s excellent “Jim & Andy: The Great Beyond”) not only draws upon video shot by the organizers, but cellphone footage from those who attended the festival, only to be shocked by the disastrous conditions; and local residents, many of whom weren’t paid — along with a host of others — for an event they were told would bring millions in business along with it.

The film also captures the vaguely hilarious response to the experience from the wider world — again, much of it via social media — with many harboring scant sympathy for wealthy 20-somethings who got fleeced after buying into the illusion that McFarland was selling. Instead, they were heaped with ridicule for their gullibility.

The broader lesson from “Fyre,” however, is more nuanced than that. Not only does the film capture the employees who were caught up in the mess, but how susceptible people are to the lure of exclusivity and the good life that McFarland was peddling, even as the wheels came those plans.

McFarland’s real gift, as one early critic of the festival notes, was in “separating consumers from their cash.”

As noted, the festival is belatedly experiencing a cultural moment, with rival streaming service Hulu beating Netflix to the punch with its own documentary series, “Fyre Fraud.” That project is described as a “dark comedy” as well as “a cautionary tale for a generation.”

Not to be outdone, Netflix’s “Fyre” is billed as the inside story of “the greatest party that never happened.”

From a distance, it’s easy to feel smug watching the event go up in flames, and difficult to shed a tear over some of those who became involved with Fyre — including the selfie-shooting attendees — and got singed.

The more uncomfortable truth, though, is that in an era that has given so much clout to what we see online and “influencers” — a marketing term whose meaning has evolved along with social media — a more generous reaction might be “There but for the grace of God go I.”