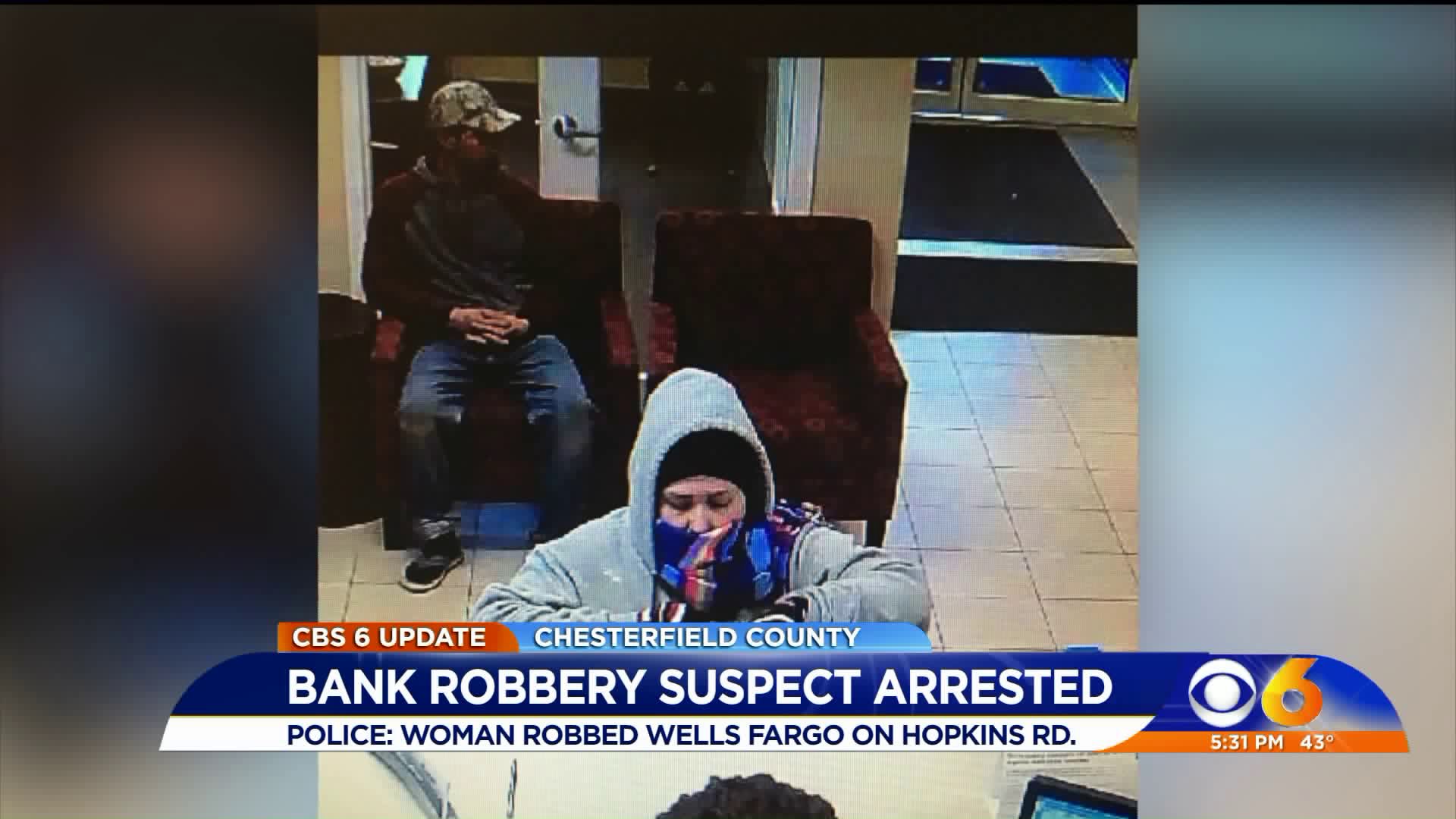 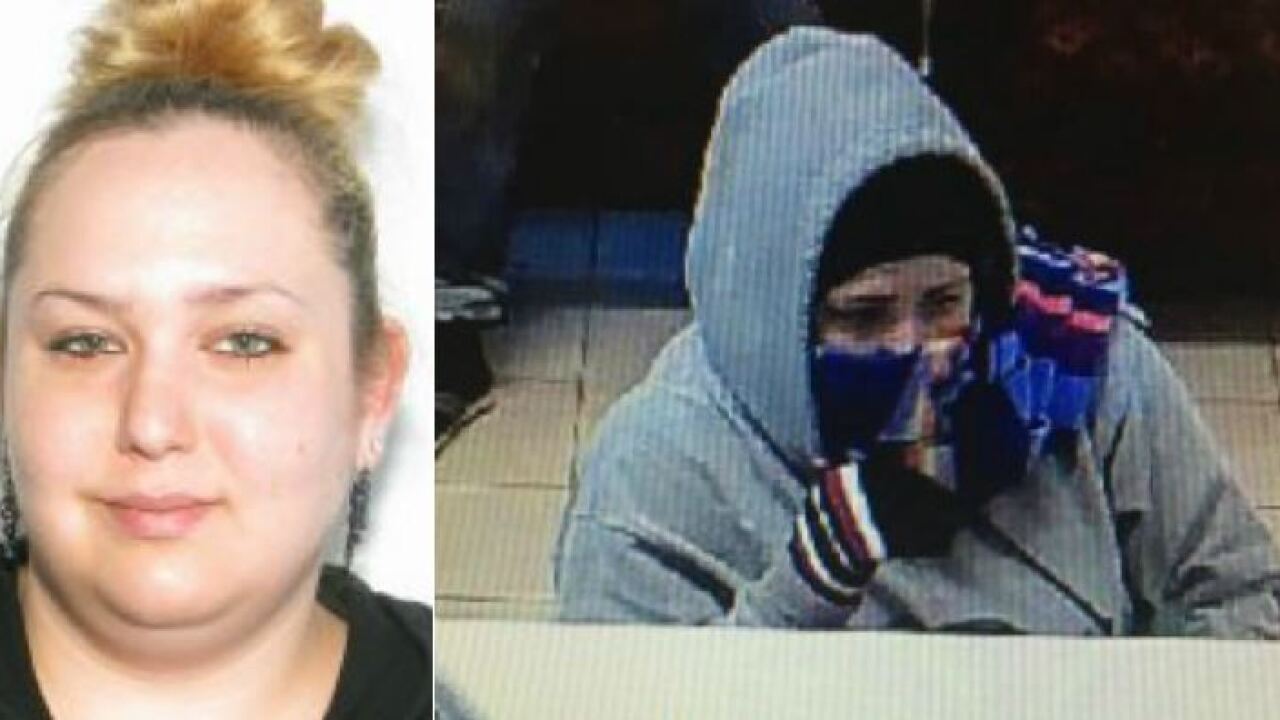 CHESTERFIELD COUNTY, Va. -- Police arrested a woman accused of robbing a Chesterfield bank. Elizabeth A. Shelton, 29, of Henrico County, has since been charged with robbery.

Shelton, according to police, robbed with Wells Fargo on Hopkins Road in Chesterfield.

"A female suspect entered the bank and passed a note to a bank teller demanding money," police said of the January 5 crime. "Upon receiving cash, the suspect fled on foot. She did not display a weapon and there were no reported injuries at the bank."

She was arrested January 15 in Northumberland County and booked in the Northern Neck Regional Jail.