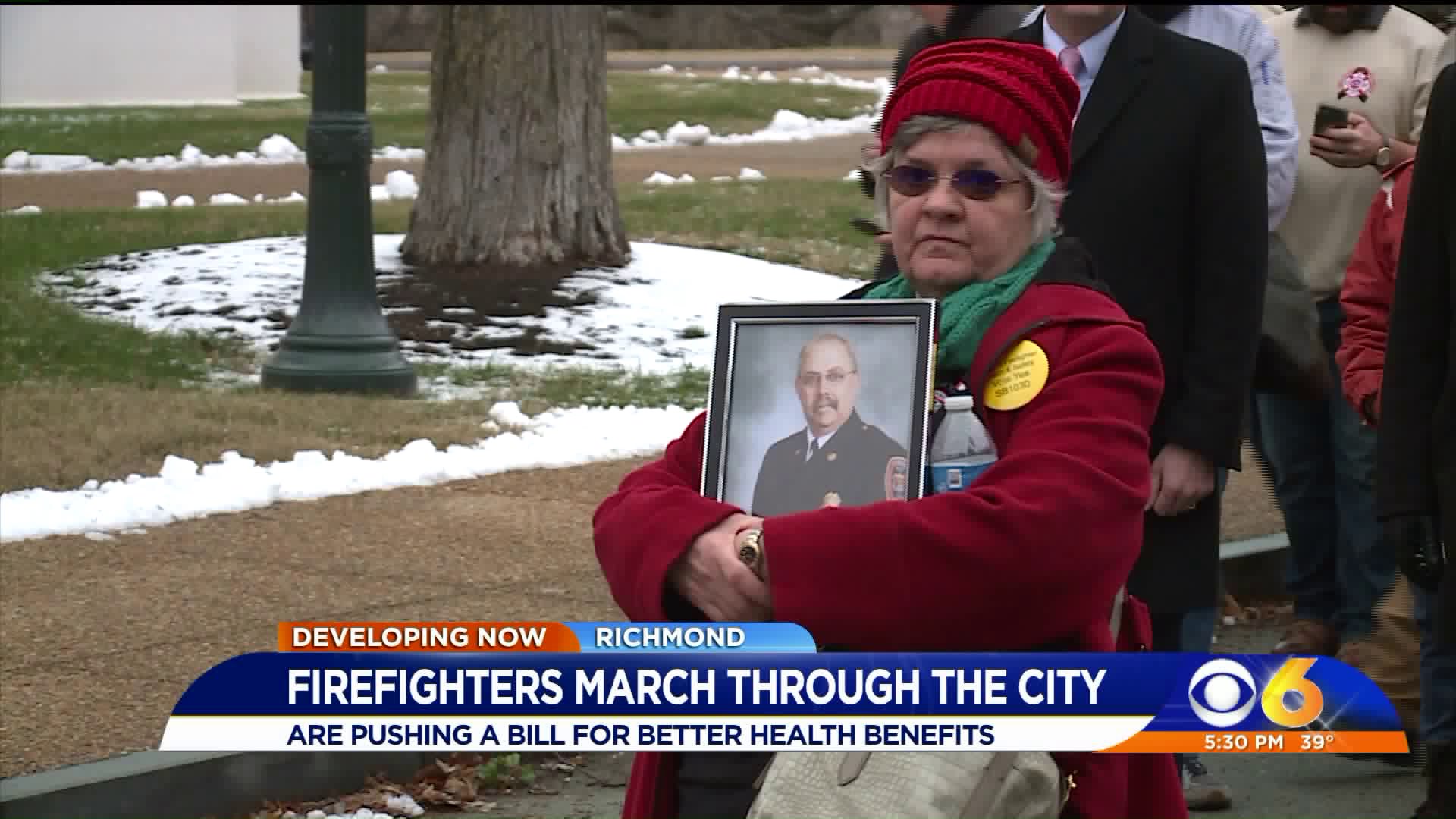 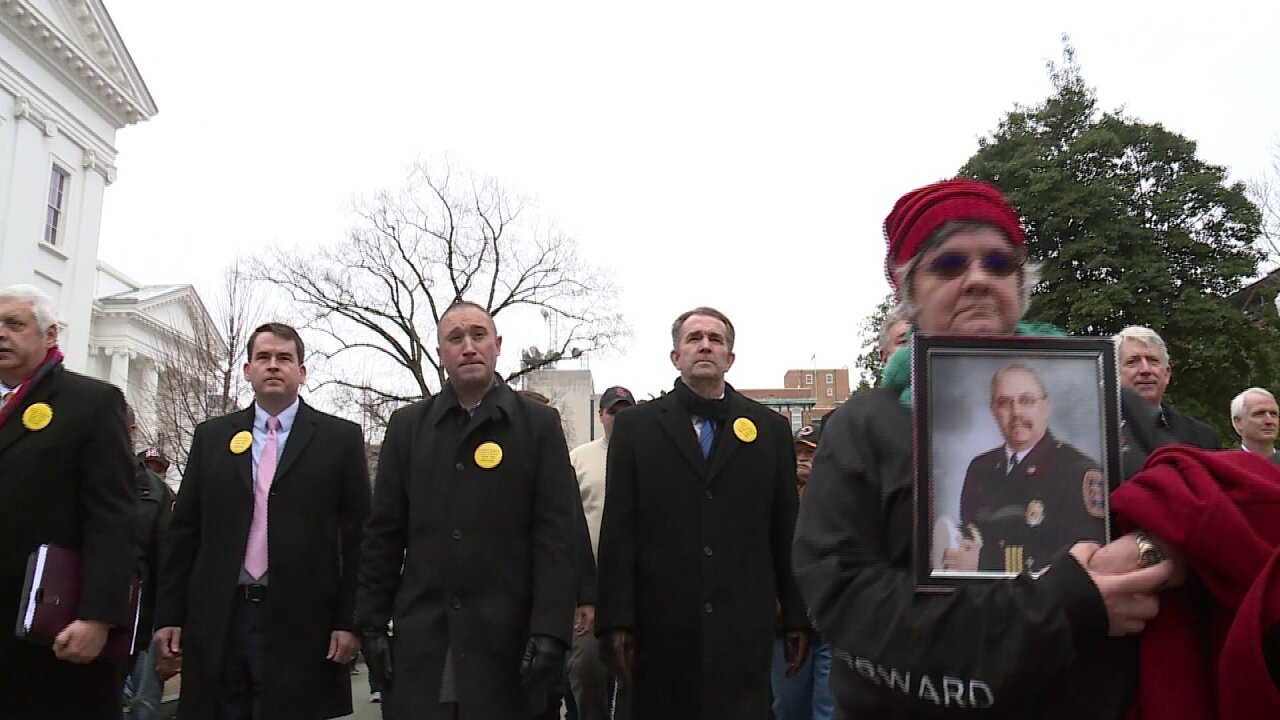 RICHMOND, Va. -- Hundreds of firefighters and their families marched for two-miles through Richmond on Tuesday, finishing at the State Capitol to ask lawmakers to support legislation that would provide more coverage for firefighters who are diagnosed with cancer that is linked to their work.

The bill, SB 1030, would add colon, brain, and testicular cancers "to the list of cancers that are presumed to be an occupational disease covered by the Virginia Workers' Compensation Act when firefighters and certain employees develop the cancer. The measure removes the compensability requirement that the employee who develops cancer had contact with a toxic substance encountered in the line of duty.”

"Cancer is an unfortunate scourge on our profession,” said Harold Schaitberger, President of the International Association of Fire Fighters.

Leading the marchers was Martha Creasy, whose husband retired Richmond fire marshal David Creasy passed away last year after a four-year battle with cancer. His cancer was not covered.

"Just please pass this. Just put some more cancers on this bill for us,” said Martha Creasy after the march. "What these guys are getting. I want more for them."

"The great unknown is the cost and so the localities are very concerned about how much it will cost them to cover new cancers,” added Sen. Peake.

Virginia Gov. Ralph Northam appeared at the end of the march to lend his support to the bill and added that a price cannot be put on someone’s life.

"These are the men and women that every day keep us safe in our communities and the least that we can do, I wouldn’t put a dollar figure on it,” said Gov. Northam.

The legislation has been referred to the Senate Finance Committee but does not yet have a hearing date set.