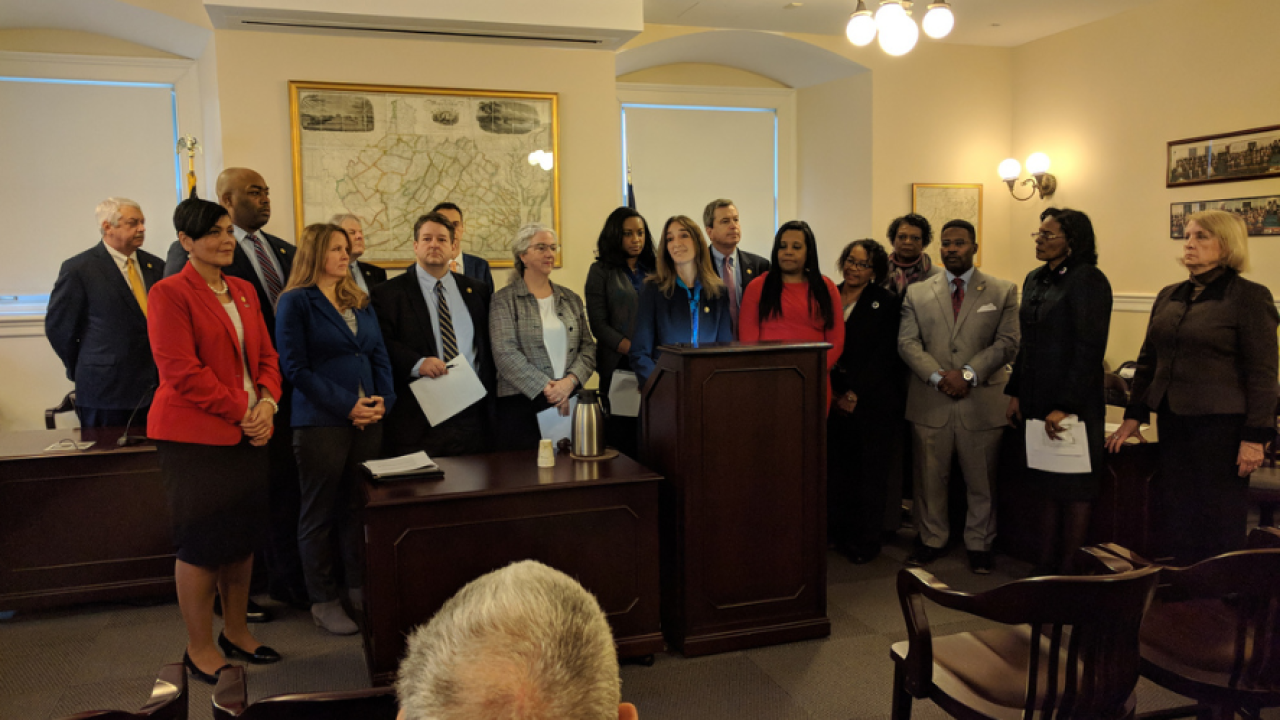 RICHMOND — LGBT rights legislation, environmental protection and a push for a $15 minimum wage are among the goals House Democrats have for the 2019 legislative session.

Members of the House Democratic Caucus held a press conference Tuesday to outline their priorities for the session, which runs until Feb. 23.

House Democratic Leader Eileen Filler-Corn, a delegate from Fairfax, celebrated the party’s recent victories at the polls, including the election of 15 new Democratic delegates in 2017 and two consecutive Democratic governors. Filler-Corn said she hoped her colleagues would keep pushing forward.

“There is so much more that we can do, and that’s why we are here today,” she said. “If we are to successfully pass this legislation, we’ll continue to move Virginia forward.”

The list of policy priorities is not “comprehensive or exhaustive,” Filler-Corn said, noting, for example, that it did not include gun safety legislation.

But she said the goals would help workers, children, teachers, the middle class and other groups. Filler-Corn said she hoped her Republican colleagues would join her “to successfully pass some of these bills.”

Speakers at the news conference included:

Gooditis said Democrats want laws to make sure the state’s electric utilities are investing in clean energy and to ensure that all residual coal ash from power plants is recycled.

In her closing words at the news conference, Del. Vivian Watts of Fairfax said the House Democratic Caucus would work for the “the dignity of the individual.”

“We are determined to make this House the house for all Virginians,” she said.