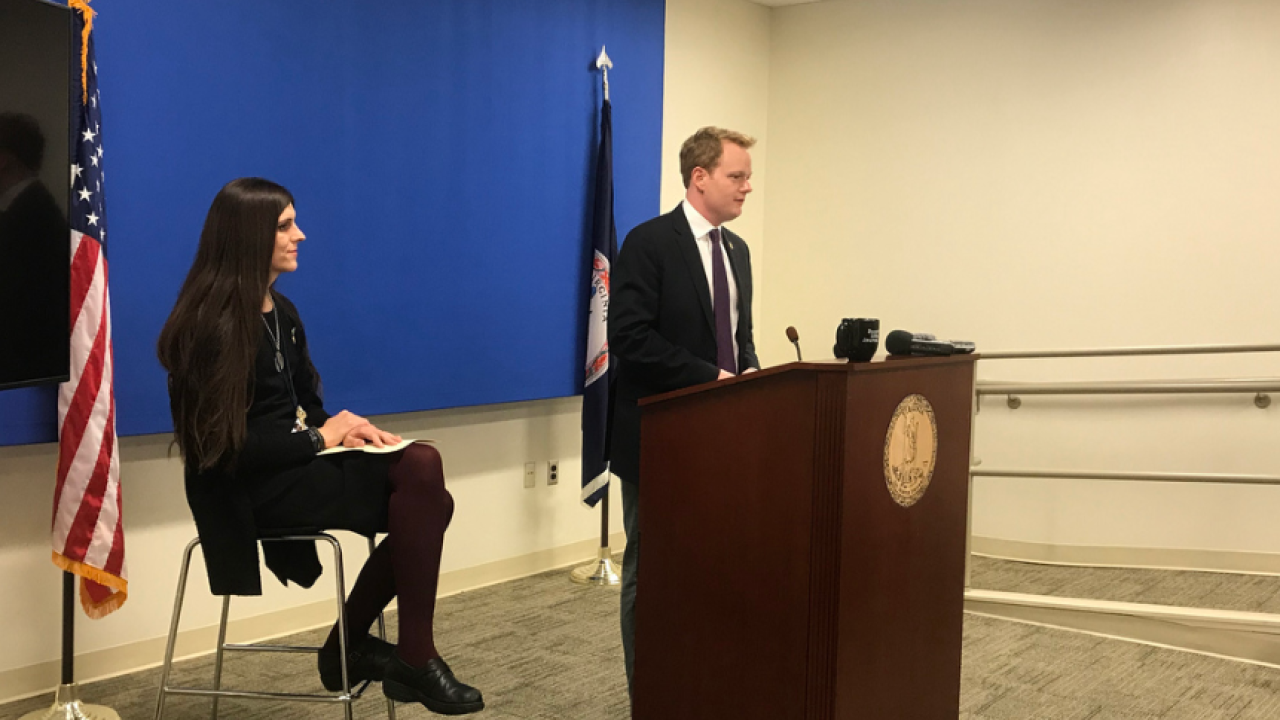 “Journalism matters. Facts matter,” Roem said. “We have to get this right.”

Sponsored by Roem, House Bill 2250 — introduced for the second year in a row — would protect members of the press from being forced by courts to reveal the identity of anonymous sources.

“The whole point of the shield law is to protect reporters from being jailed for protecting confidential sources,” said Roem, a former reporter with The Prince William Times.

In 1990, Roem’s former editor Brian Karem served jail time  for withholding the names of anonymous sources while reporting in Texas.

“He did it to protect his sources’ confidentiality,” Roem said, “and to keep his word.”

Virginia is one of 10 states that does not implement shield protections for members of the press; Roem also pointed out that a federal shield law does not exist. HB 2250 includes a clause requiring sources to be revealed when there is an “imminent threat of bodily harm,” Roem said.

In addition to shield laws, Hurst said it’s urgent the legislature also pass HB 2382, which he is sponsoring. The bill would safeguard the work of student journalists from administrative censorship.

If the bill passes, Virginia would join 14 other states in providing protections for high school or college students. Half of the states with current protections for student journalists passed legislation in the last four years.

“Thorough and vetted articles and news stories in student media shouldn’t be subject to unnecessary censorship by administrators,” Hurst said.

Hurst has advocated for measures close to his heart since election to office in 2017. A former anchor and reporter for WDBJ 7 news in Roanoke, Hurst was dating Alison Parker, a fellow WDBJ reporter who was fatally shot on live TV in 2015, along with photojournalist Adam Ward.

The bill would create the freedom for student journalists to publish what they please without fear of administrative retaliation.The institution would be allowed to interfere only if  content violates federal or state law, invades privacy unjustifiably, creates clear danger or includes defamatory speech.

These pieces of legislation come at a time when professional journalists are increasingly targets of violence. A 2018 report by Reporters Without Borders — a nongovernmental organization that promotes journalistic free speech worldwide — found nearly 350 journalists were detained, 80 killed and 60 held hostage by November. More than 250 reporters globally were jailed in 2018, according to the Committee to Protect Journalists.