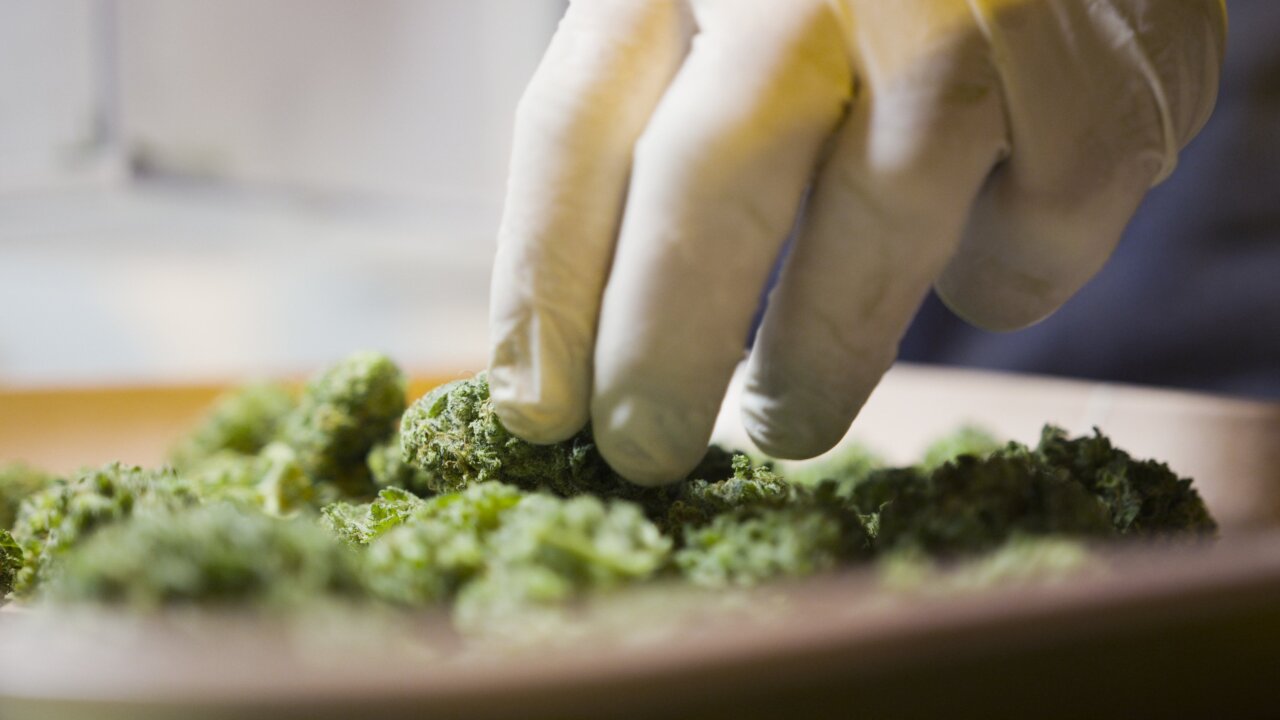 The prevalence of marijuana use among a sample of moms-to-be in California climbed from 4.2% to 7.1% from 2009 through 2016, according to a research letter published in the journal JAMA on Tuesday, December 26, 2017.

RICHMOND, Va. — As other states have relaxed their marijuana laws, citizens gathered Saturday to discuss how best to persuade the Virginia General Assembly to legalize medical and recreational marijuana in the commonwealth.

About 150 people, including health care providers and attorneys, attended the Virginia 2019 Cannabis Conference, held by the Virginia chapter of the National Organization for the Reform of Marijuana Laws.

Virginia NORML advocates decriminalizing possession of marijuana and regulating medical and recreational-use production and sales of the substance.

Members of NORML are hopeful after Gov. Ralph Northam voiced support for decriminalizing possession of small amounts of marijuana during his State of the Commonwealth speech on Wednesday, the first day of the General Assembly’s 2019 session.

“We want to keep people safe. But we shouldn’t use valuable law enforcement time, or costly prison space, on laws that don’t enhance public safety,” the governor said in his speech. “Current law imposes a maximum 30 days in jail for a first offense of marijuana possession.”

So far, lawmakers have proposed six bills to decriminalize simple marijuana possession. For example, HB 2371, sponsored by Del. Steve Heretick, D-Portsmouth, and HB 2373, by Del. Lee Carter, D-Prince William, would legalize marijuana for Virginians 21 and older and have the state operate retail marijuana stores. Under such proposals, Virginians under 21 who are caught with marijuana would have to pay a civil penalty.

Most attendees at the conference, held at the Delta by Marriott hotel, seemed particularly interested in medical marijuana and how to access it without traveling to another state.

Lorene Davidson, of Richmond, works in anesthesia as a nurse practitioner. She came to the conference because of her ongoing struggle with antidepressants, which she found were bad for her liver.

“I’m looking mostly for a way to find out more about getting a medical card and furthering getting that taken care of,” Davidson said.

As a speaker at the event, Melanie Seifert Davis, of Richmond, shared the story of her 10-year-old daughter Madison, who was diagnosed with ependymoma brain cancer in 2014.

Madison is on four different cannabis-based products including CBD, THC, THCA and FECO (full extract cannabis oil) to help with seizures and the cancer itself, Davis said.

“Today and for every tomorrow I’m given, I will fill seven capsules with high doses of four different cannabis medications and watch as Madison swallows each one,” Davis said. “Science, research and experience in my heart all know that it can and will and has helped her.”

At the conference, Davis said the family recently received good news about Madison’s cancer: Four of the five tumors were gone.

“Cannabis is an important and essential part of why she is still here and still her, five years into this battle for her life,” Davis shared. “Cannabis is why she has never, not even once, suffered from the nausea, vomiting or seizures that are expected side effects of her chemo.”

Not only does Davis’ daughter suffer from cancer, but her son, Aiden, has Crohn’s disease. Aiden also uses cannabis to ease the pain of everyday life, Davis said.

“I fight because when I told my son about today, the first thing he said with legitimate fear in his voice was, ‘Mom, you can’t tell them those things. You can’t tell them about Maddie’s medicine. Cannabis is illegal. I need you; you can’t go to jail,’” Davis said.

Madison has been on cannabis products since June 2017. Davis said she gets Madison and Aiden’s cannabis from a licensed doctor in California.

Jenn Michelle Pedini, the executive director for Virginia NORML, said progress had been made in getting the state to expand access to medical cannabis.

Patients and their legal guardians can register to obtain such products if they have a certification issued by a physician, according to the Virginia Board of Pharmacy.

“In 2016, we passed a bill that let us go forth and write a regulatory program that was based on Connecticut’s then-program, which was also low-THC, extraction-based products only and served to a small set of patients,” Pedini said.

In 2018, the General Assembly passed a law allowing practitioners to issue certifications for the use of cannabis-based products to alleviate symptoms “of any diagnosed condition or disease determined by the practitioner to benefit from such use.”

The Board of Pharmacy has given approval to pharmaceutical companies to open five dispensaries across the state where CBD and THC-A oils will be sold to authorized patients.