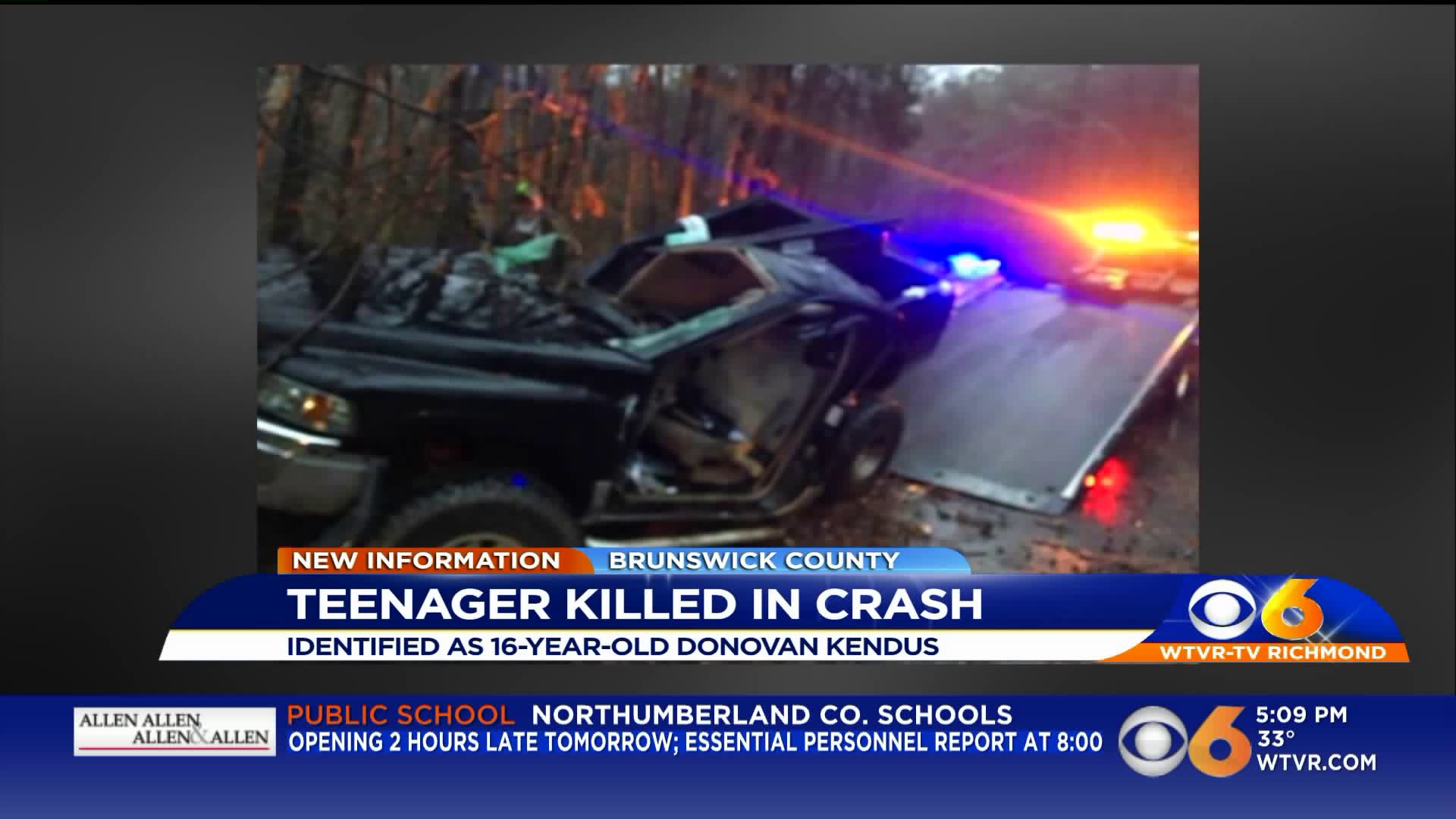 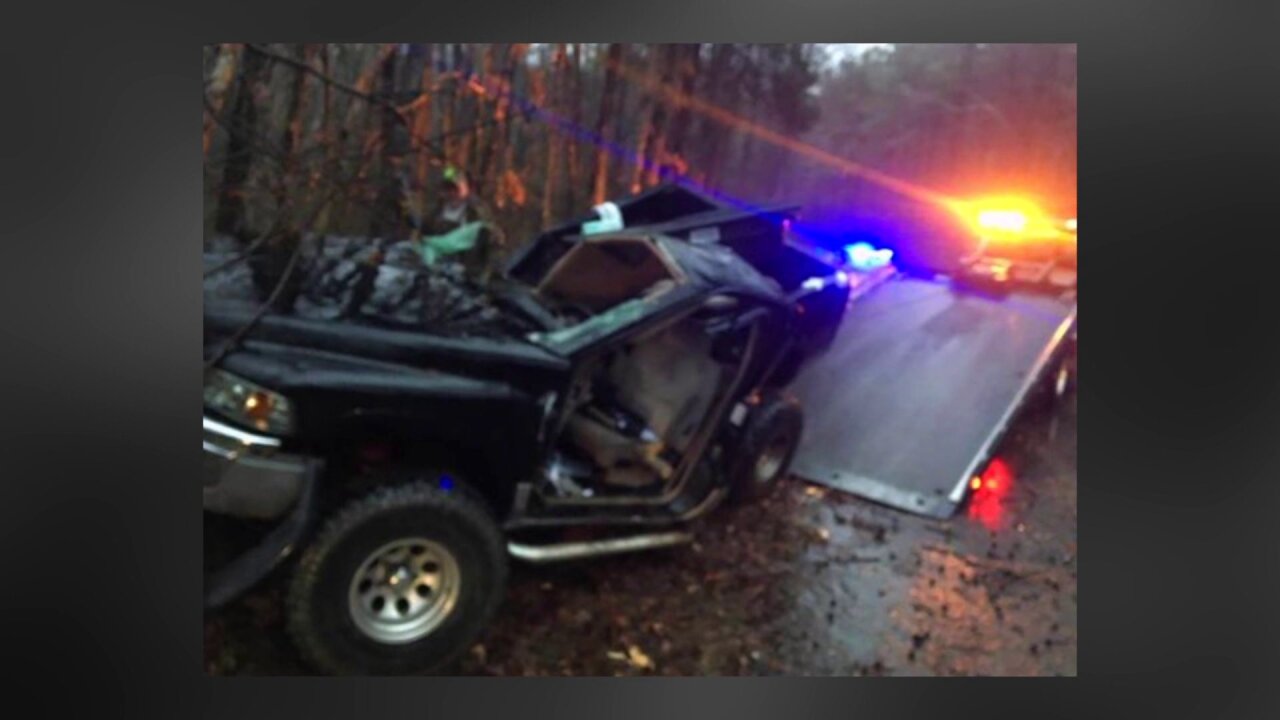 BRUNSWICK COUNTY, Va.  -- A 16-year-old boy was killed early Sunday morning in a crash on  Kress Road in Brunswick County.

Donovan Kendus, a junior, at Dinwiddie High School, died Sunday morning while attempting to cross a bridge that was iced over.

"A 1996 Dodge Ram pickup, driven by a 16-year-old male, was traveling west on Kress Road when it crossed a bridge that was iced over. The pickup was traveling at a high rate of speed, lost control, ran off the roadway, and struck a tree," a Virginia State Police spokesperson said. " The 16-year-old male driver was transported to VCU Medical Center for treatment of life-threatening injuries. The 16-year-old male passenger from Alberta, Va., did not survive crash and died at the scene."

Speed and alcohol were contributing factors in the crash, police said, Neither teenager was wearing a seat belt. Charges are pending against the 16-year-old driver.

Police were called to the crash at about 4:10 a.m.

A Go-Fund-Me has been set up to assist the family with funeral expenses.