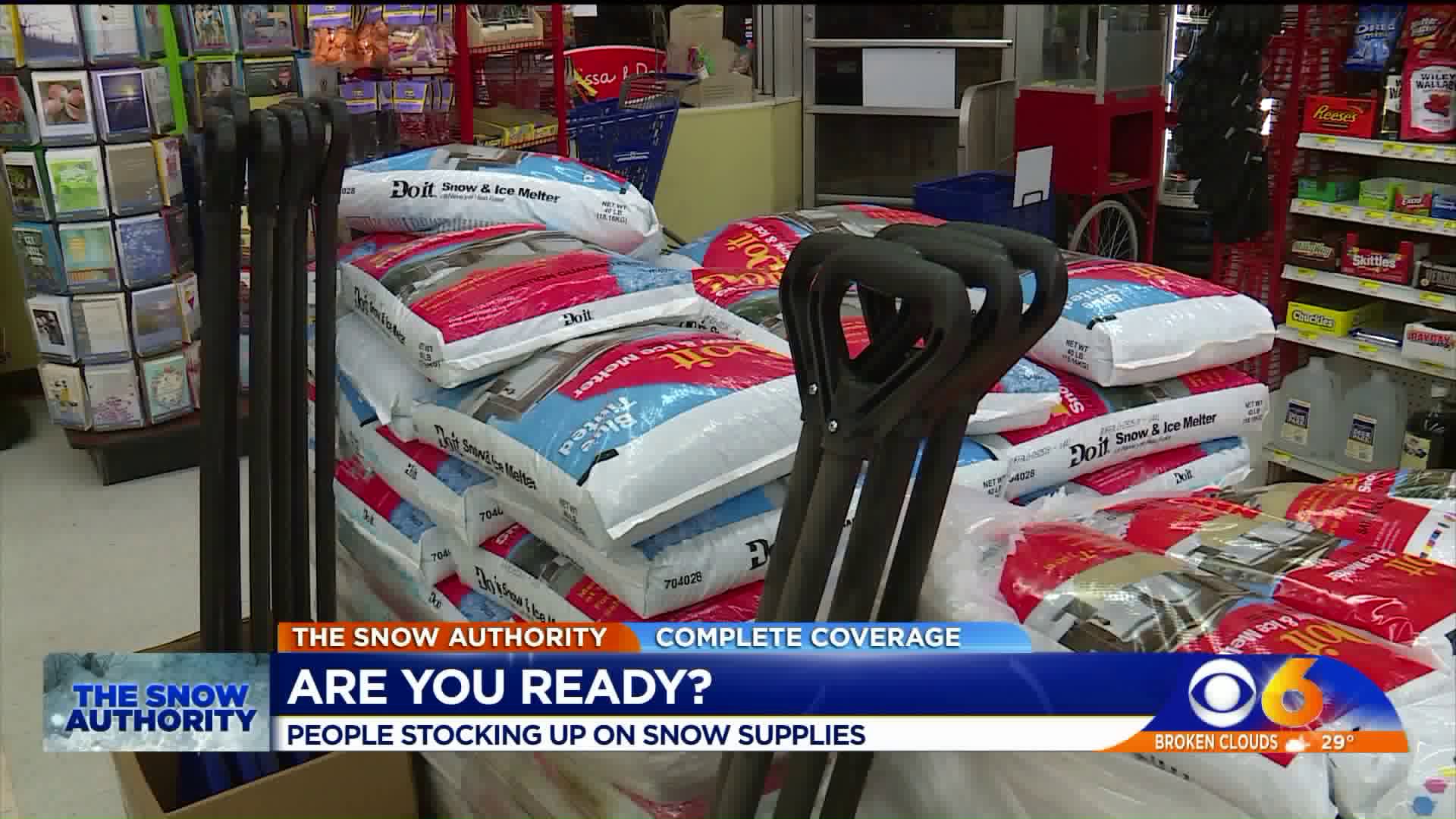 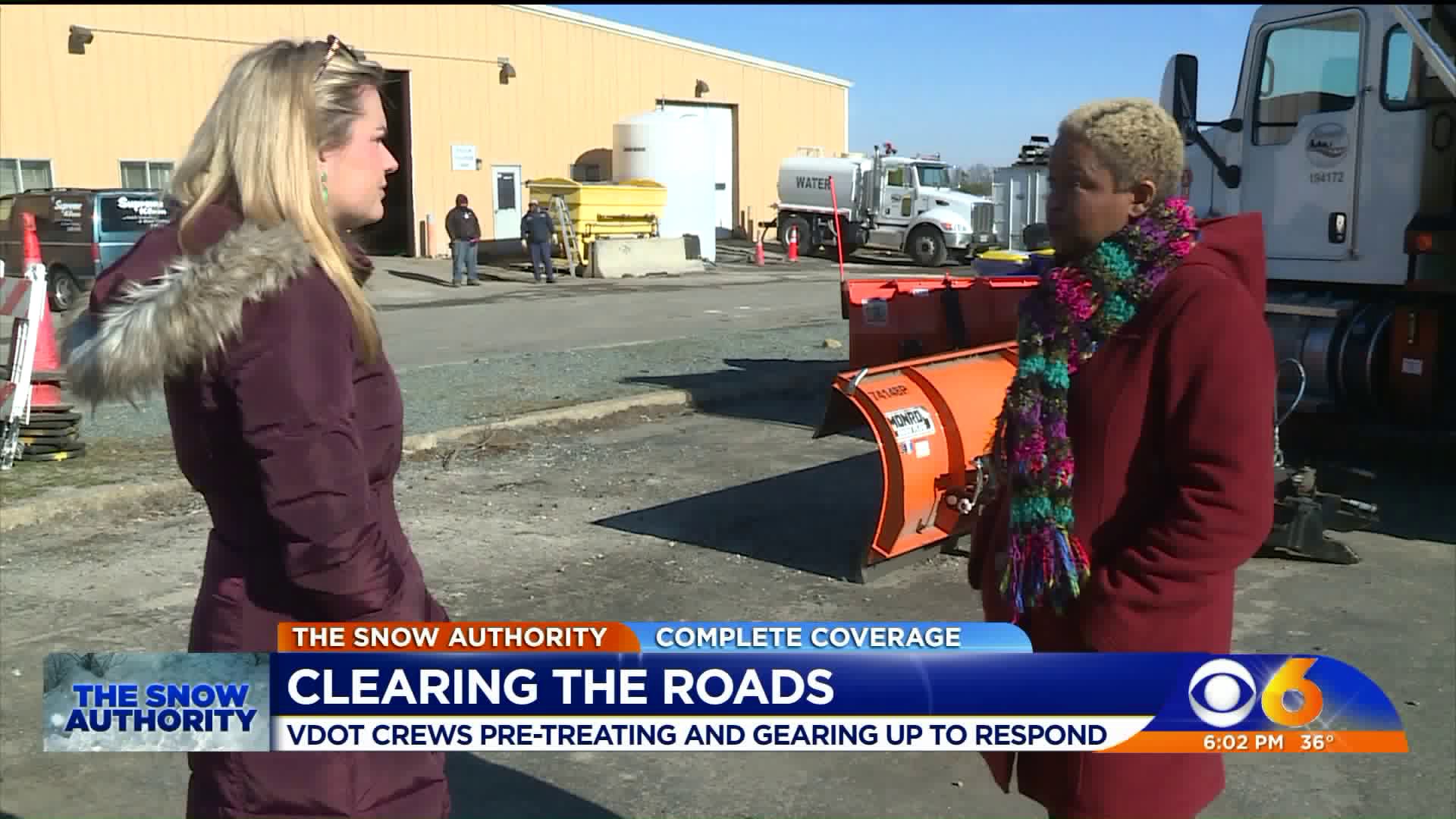 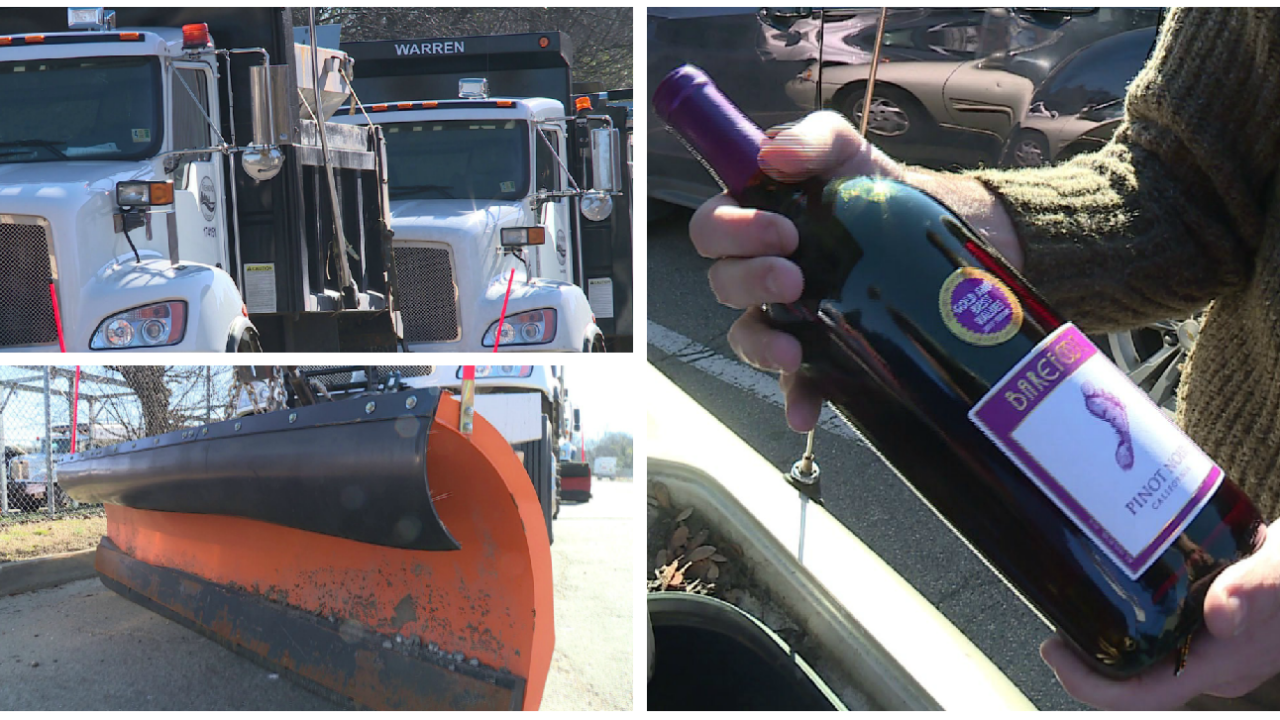 RICHMOND, Va. -- Rummaging through his pack of goodies gathered at the Richmond Kroger off W. Broad Street, Sam Vanagas shows us the groceries he absolutely had to have ahead of this weekend's potential snowfall.

"This is perfect survival mode stuff," Vanagas said while pulling out a bottle of wine. "You know when you're trapped in, you're going to have to take the edge off a little bit."

At Pleasant's Hardware on Patterson Avenue in Henrico's West End, Alyssa Askew stocked shelves for an expected rush of customers.

"The main call is, 'Do you have ice melt, do you have snow shovels, do you have sleds still?'" explained Askew, who has worked at Pleasant's for three years. "We have been saying, yes."

Askew and her employees put out two large pallets of 20 and 40 pound bags of salt ahead of the storm.

"We have started to bulk down over the years on snow shovels, sleds and ice melts so we don’t run out when there’s a chance of snow," she stated.

Karyn Cusimano, who recently moved to Henrico from Florida about a year ago, is experiencing one of her first snow storms.

"I'm like one of the kids. I open the door in the morning and I'm looking for the snow. I'm excited," Cusimano said.

Cusimano purchased a shovel at Pleasant's Hardware when she was told supplies were sold out at both Walmart and Home Deport.

While Karyn and other shoppers snow prep, Richmond does too.

She said the city is putting plow and spreaders on trucks and pre-treating hills and bridges.

"We're going to have out a full complement of vehicles," North said.

In December, Richmond relied heavily on contractors to help with snow removal, but this go around they're switching it up.

"Sometimes it's just cost savings, the contractors are paid a lot of money and we appreciate that because we've needed them but we're going to see if we are able to utilize our resources and save money," North said.

In Henrico, they're also getting plows ready and lining up contractors to help out.

And at VDOT they're pre-treating roads and developing a staffing plan for when the snow starts hitting the ground.

"If we get six inches or less, we try to clear the roads, at least make them passable within 48 hours after snow stops,” Bob Spieldenner with VDOT said.

Preparations, along with a snow forecast, that have Vanagas hopeful for a good outcome.

"It won't be as bad as it has been before," Vanagas said.

Just as a reminder, VDOT handles most roads in the area including interstates.

However, they don't plow roads in town and cities.

VDOT Officials are advising motorists to plan travel around the impending winter weather and avoid unnecessary travel during the storm.

What you should know: