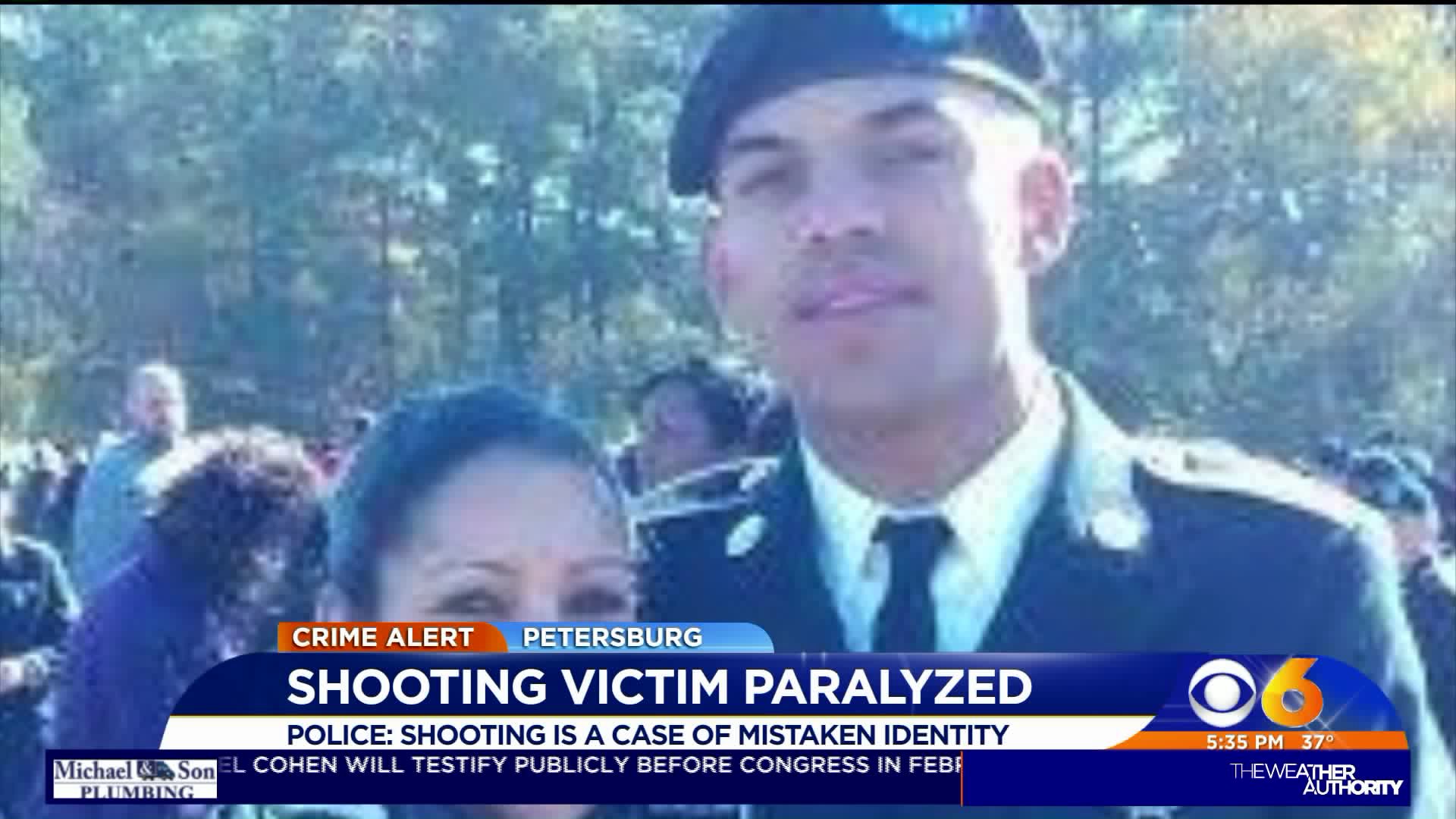 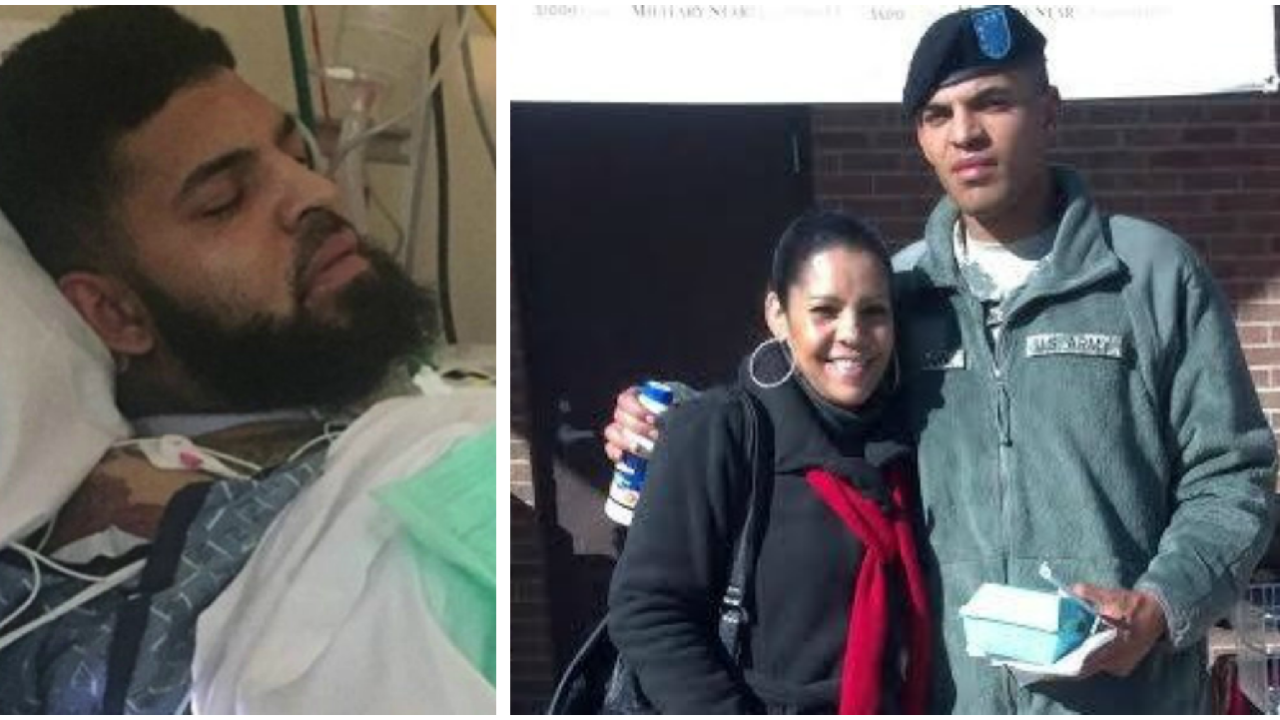 PETERSBURG, Va. -- An army veteran is paralyzed from the neck down after he was shot multiple times in Petersburg last week.

At the intersection of Graham Street and South Crater Road is where Jeremy McKellon’s life would change forever. McKellon, also known as Remy, was shot twice in the neck as he sat in his SUV waiting for the red light to change.

"The doctors are saying that my son is paralyzed from the neck down and that he will never walk again," said his mother, Alexandra Clarke.

Petersburg police quickly identified Terrell Fisher as the suspect and while they add their investigation is ongoing, Clarke says her son was not the intended target.

"I have been told by police that it was mistaken identity and it’s still under investigation," said Clarke.

Remy is still in critical care, being fed by a feeding tube and unable to talk.

Clarke says the violence that put her son in this position has to stop.

"It's heartbreaking and I just really hope that in Richmond we can make a change when it comes to violence, gun violence, that younger people come together, that we all can come together as a community and talk instead of using guns," said Clarke.

Clarke says he son Remy is a well-known barber in the Richmond area. She says he was about to start his own barbershop. He did not have medical insurance.

Family members have set up a GoFundMe page to help with medical and future expenses.