Driver charged after semi spills load; closes I-95 for hours 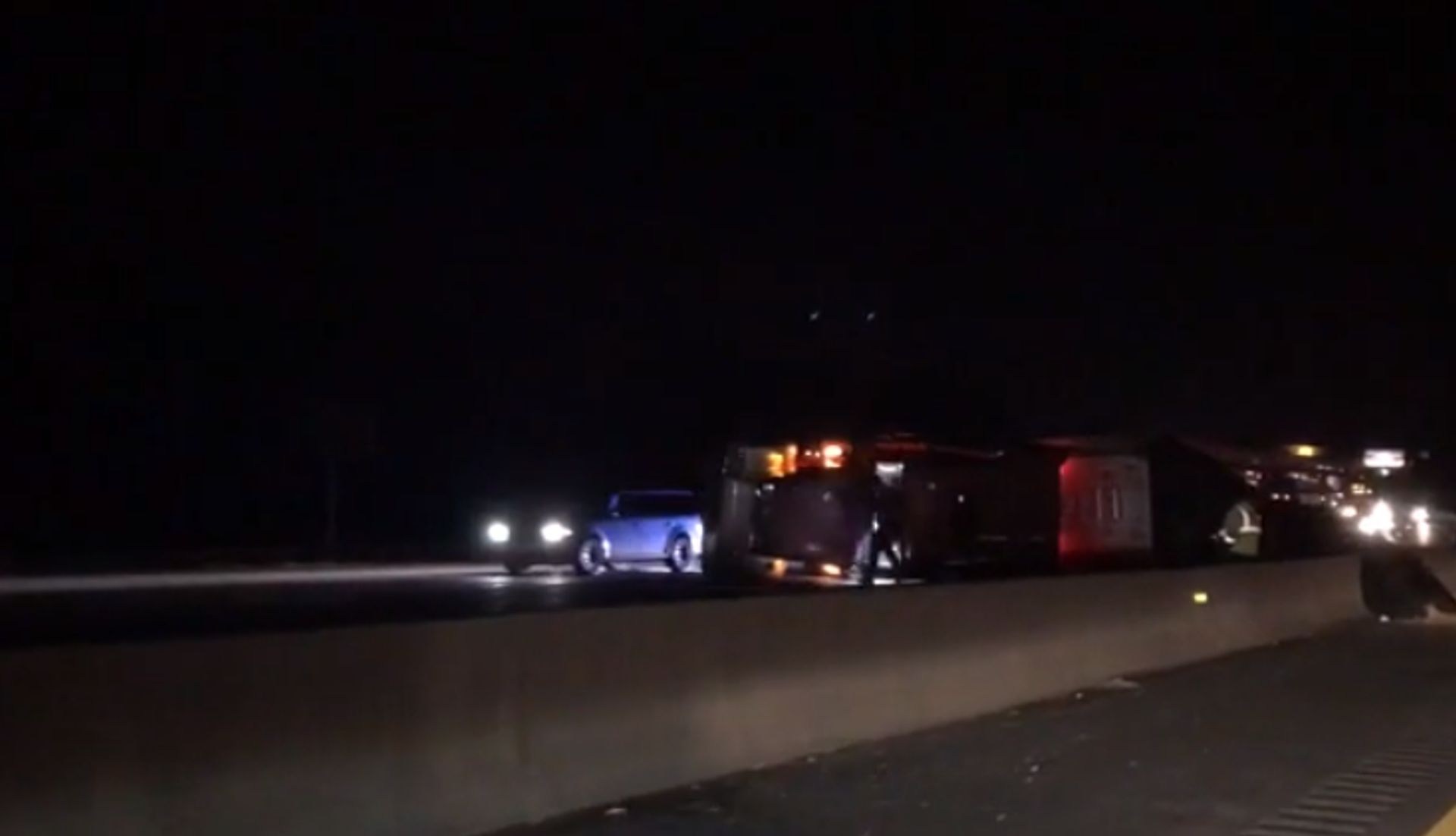 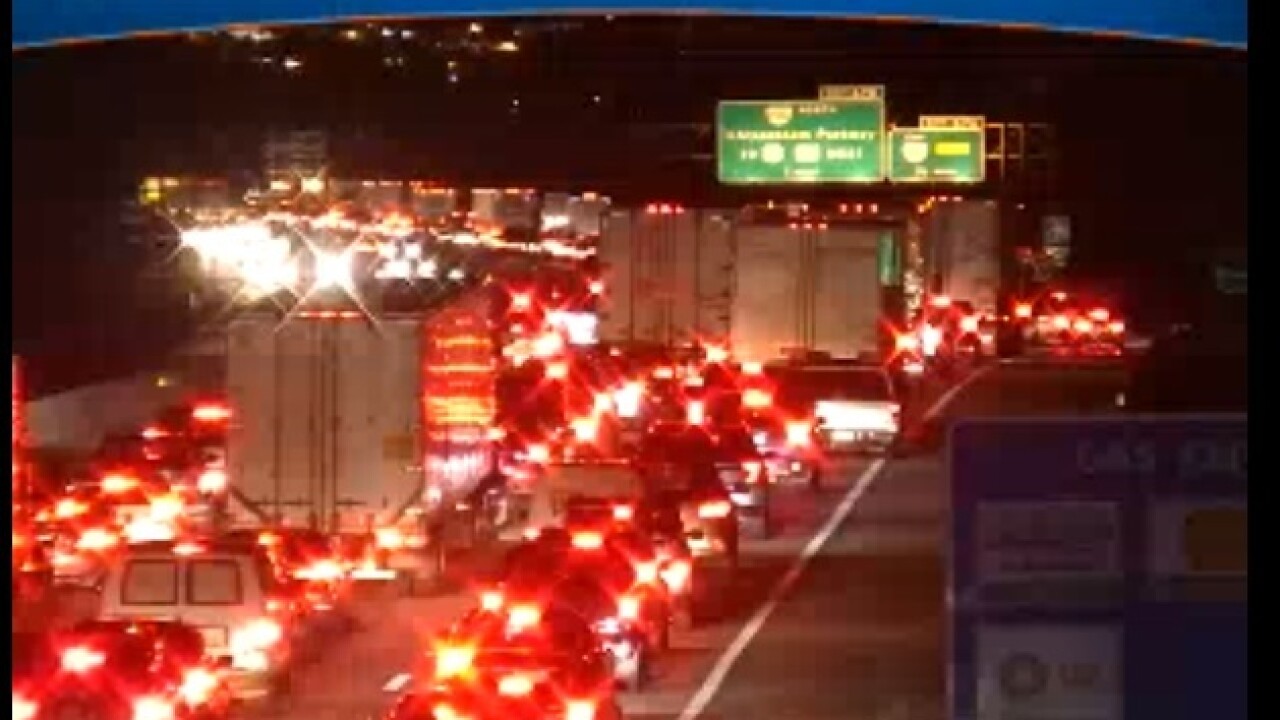 CHESTERFIELD COUNTY, Va. – The driver of a tractor-trailer that overturned and closed all northbound lanes of I-95 in Chesterfield County for more than five hours Thursday was charged with reckless driving.

Troopers said the wreck happened just past the exit for the Chippenham Parkway (Exit 67) around 6:35 p.m.

Sgt. Keeli L. Hill with Virginia State Police said a semi hauling a trailer full of wood chips and mulch, was attempting to make a lane change when the big rig struck a sedan.

"As a result, the tractor lost control flipping onto its left side and skidding across the left lane and shoulder," Hill said. The load spilled into the southbound side of I-95."

The driver of the semi, 32-year-old Jeremiah Perry of Newport News, was not injured. He was wearing his seat belt, troopers said.

Additionally, officials said the driver and a passenger in the sedan were not injured. Troopers said the pair were also wearing their seat belts. 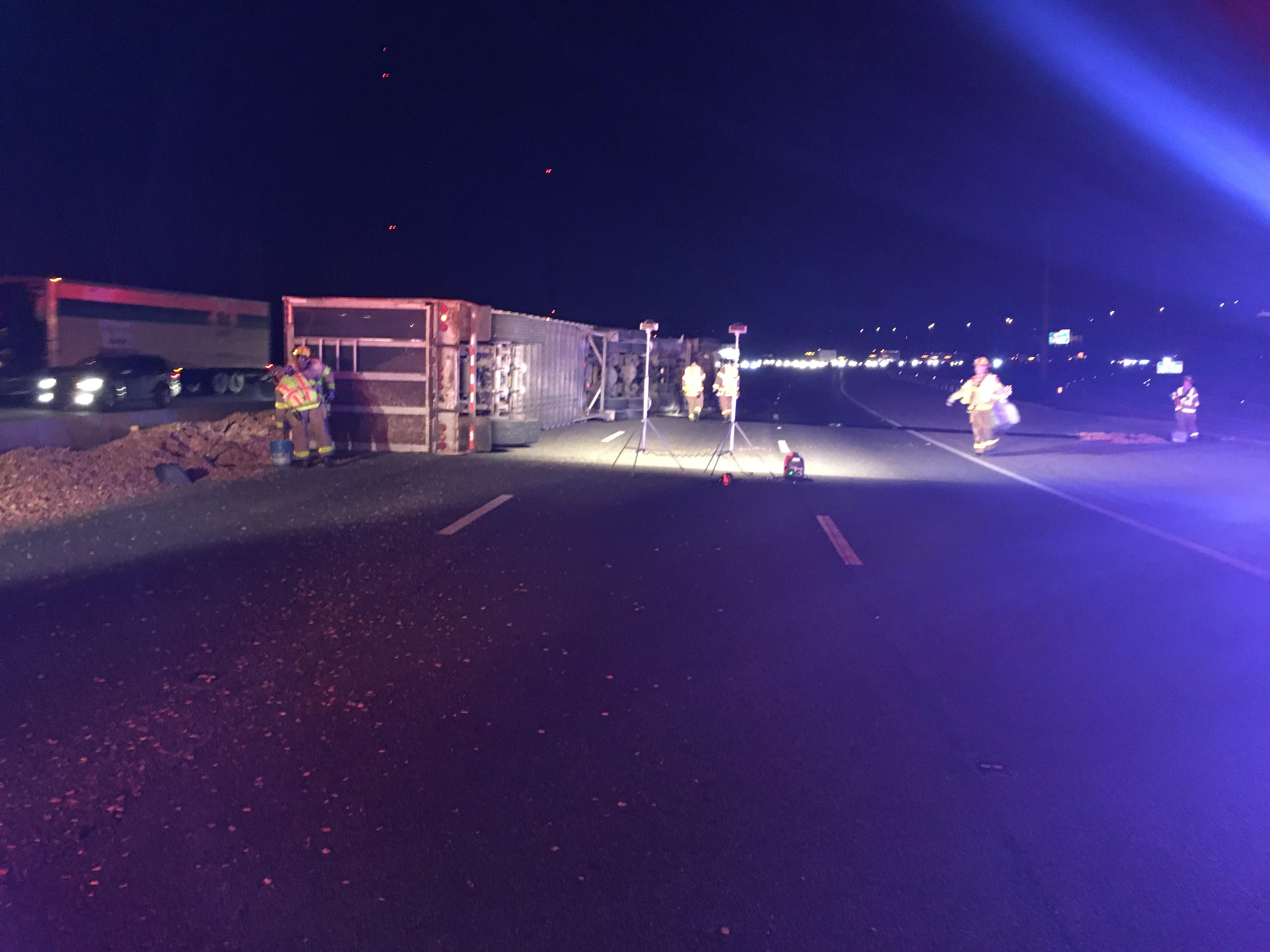 Traffic backed up for hours

VDOT reported that in addition to the closure of northbound lanes, the south left lane and shoulder are closed.

Traffic was backed up about 3 miles as of 7:35 p.m. Officials said traffic was being diverted off the interstate at Exit 67.

Stacey Alexander, who was stuck in traffic on I-95, said she was stunned by the number of people driving on the interstate's right shoulder blocking emergency crews.

"You are causing more delays because those of us who stayed in our lanes now have to find a way to move over to let you in so you can get out of the way," Alexander wrote. "Next time stay in you lane!"

"The faster they can get to the scene the faster traffic can move again," Wade wrote.

Troopers said the interstate was shutdown for "an extended period of time" because of cleanup.

Officials said all lanes I-95 had reopened and the backup was clear just before midnight.