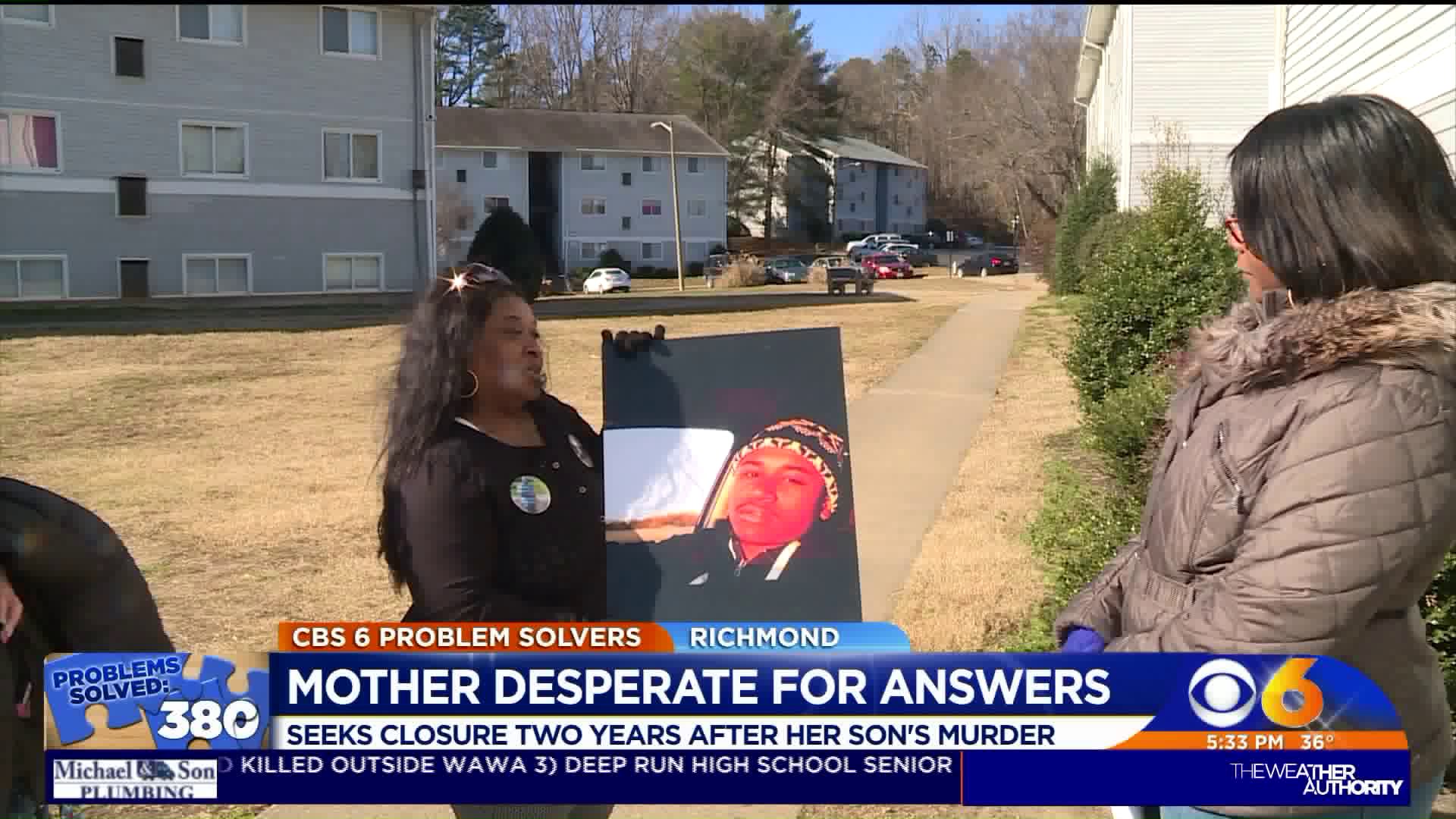 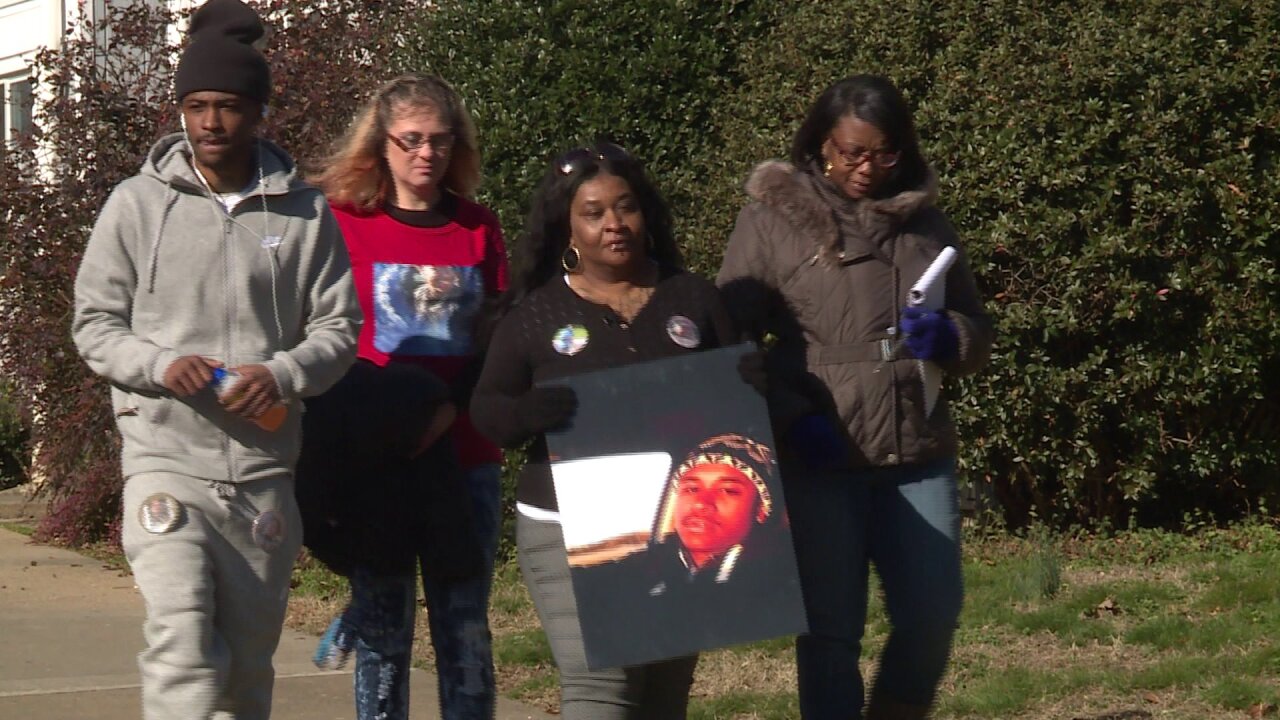 RICHMOND, Va. – A mother is searching for answers, two years to the day after her son was murdered.

Richmond Police detectives hit the streets Thursday, searching for answers in the fatal January 10, 2017 shooting of Tyrone Feggins. Karolyn Feggins, Tyrone's mom, hit the streets as well trying to get answers. She said she won’t rest until her son’s murderer is caught and brought to justice.

Summoning all of her strength, Karolyn Feggins walked through a breezeway at Woodland Crossings apartments showing our cameras the place where her son Tyrone spent his final moments.

Two years ago, police said some people were shooting at each other and Tyrone, an innocent bystander, was fatally struck.

Cameras at the apartment complex captured the shooting.

Karolyn says she’s thankful for the leads that came in and believes detectives are close to solving the murder.

Investigators tell CBS 6 that they have identified a possible offender and are now looking for eyewitnesses at the scene to identify them.

“When the shoe is on the other foot, you would want somebody to solve your case,” said Karolyn. “My goal is to offer up to $5,000 for a reward, leading to the arrest and conviction of this gentleman or these persons.”

As family and friends are left behind to deal with their grief daily, they cherish Tyrone’s memory, seeing his bright smile in the face of his now 4-year-old son.

“When I look at Messiah, he gives me the strength I need to go on every day,” said Karolyn.

Now, Karolyn says she is hoping and praying someone with answers will lead detectives to the finish line.

Family members honored Tyrone with a balloon release at 7:20 p.m., the exact time of his death.