New homeowner wants resolution to fix sinkhole in his backyard 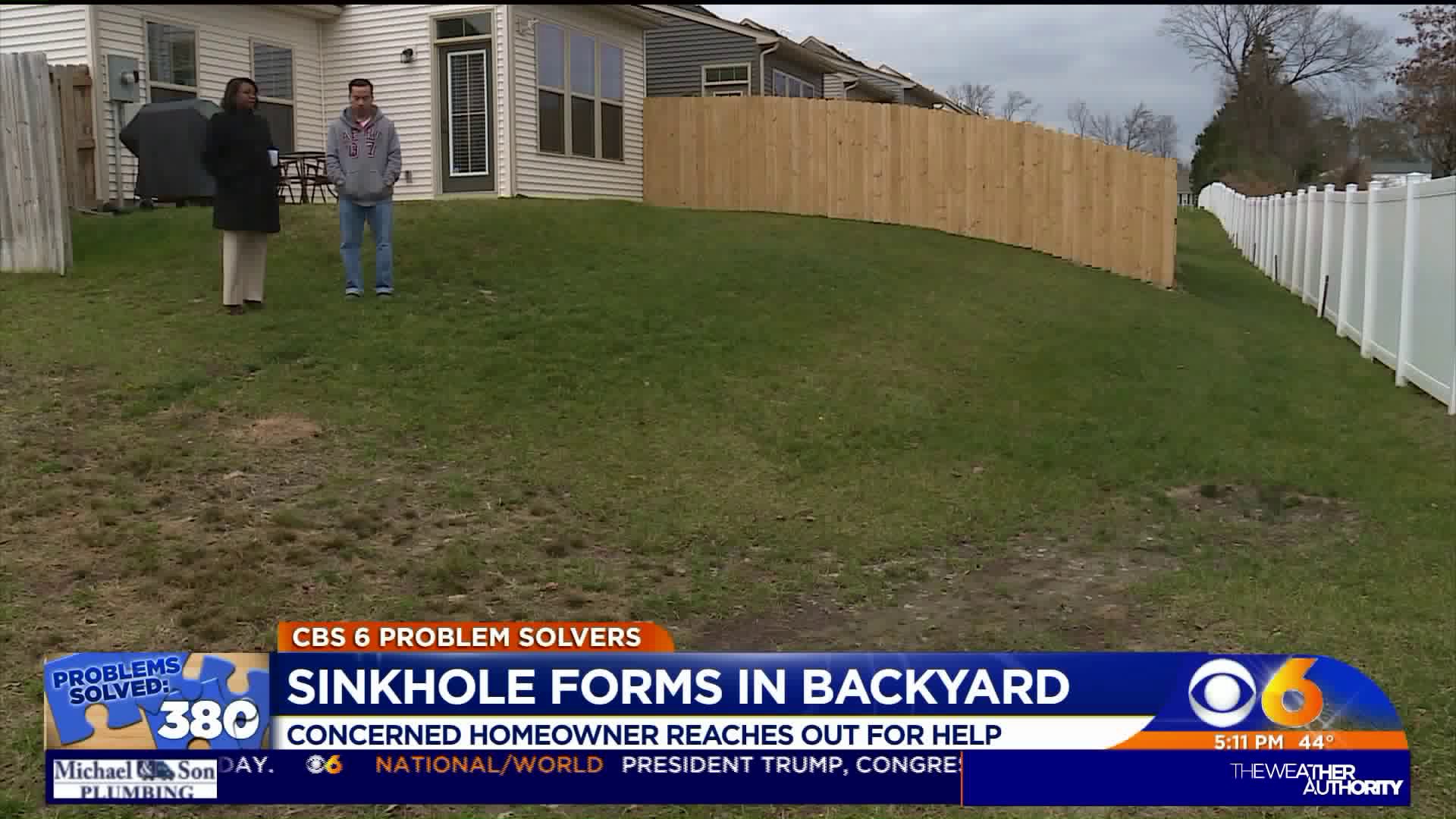 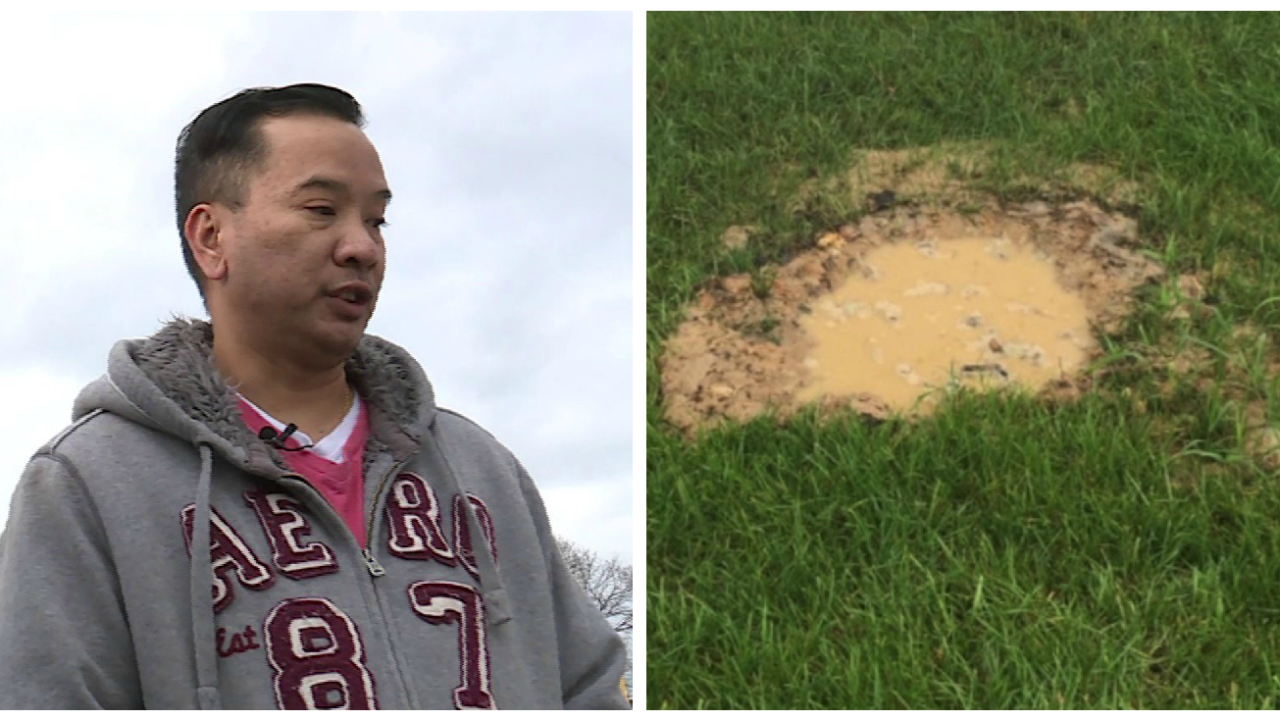 HENRICO COUNTY, Va. -- A new homeowner reached out to the CBS 6 Problem Solvers after he discovered a sinkhole growing in his backyard.

All Tommy Nguyen wants to do is enjoy the home he had built a year ago in Wistar Woods Place in Henrico County.

The New homeowner says almost immediately he noticed a hole in his backyard. Nguyen says that hole grew overtime and pools with water whenever it rains.

He says he reached out to the builder to get it fixed.

“I reached out to my HOA, the builder, and Ryan (Ryan Homes) to resolve this problem and the problem is I keep getting the runaround,” said Nguyen. “It’s been over a year now and the problem still hasn't been fixed.”

Frustrated, after living in the home for a year with no resolution, Nguyen contacted CBS 6 Problem Solvers. He explained that his issue is twofold.

He has safety concerns and he’s frustrated that he hasn't been able to enjoy his backyard.

“I'm worried about it getting bigger and bigger. I’m worried that someone going to get injured back here,” said Nguyen. “During the summer it's worse because puddles, it causes a lot of mosquitoes. I really can’t enjoy my back patio because of the mosquito problem and overtime its gotten bigger and bigger.”

A spokesperson for Wilton told Problem Solvers that they've gone to the property twice to regrade the area but acknowledge that the hole, likely a sinkhole, now needs to be addressed by an engineer.

They added that winter weather and holidays added another delay, but they are putting Nguyen on their to-do list and plan to visit with him next week.

Officials say an engineer will outline a plan of action to fix the issue.

Nguyen says he has set up a meeting with Wilton for Monday morning and he is hopeful for a resolution.