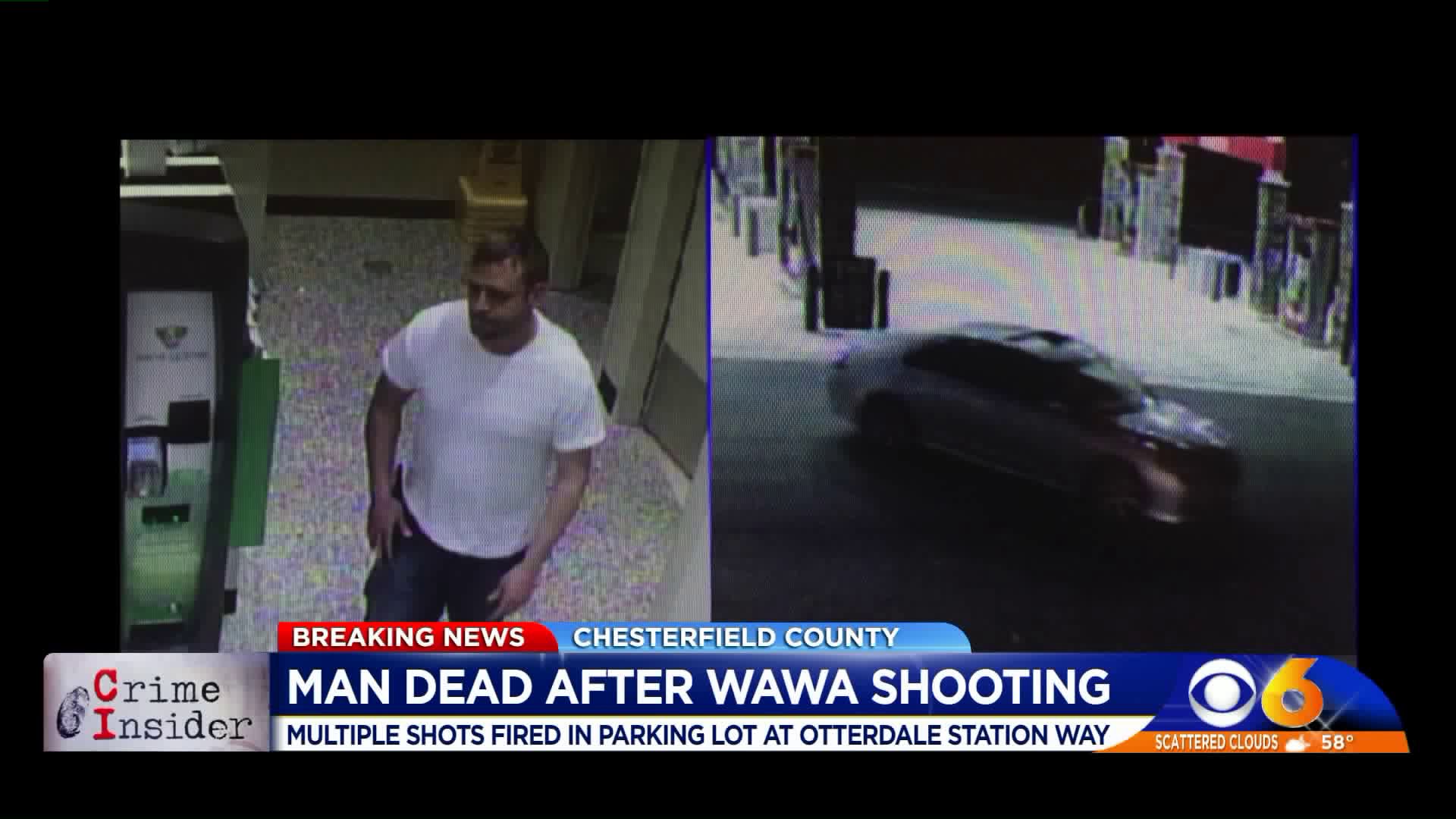 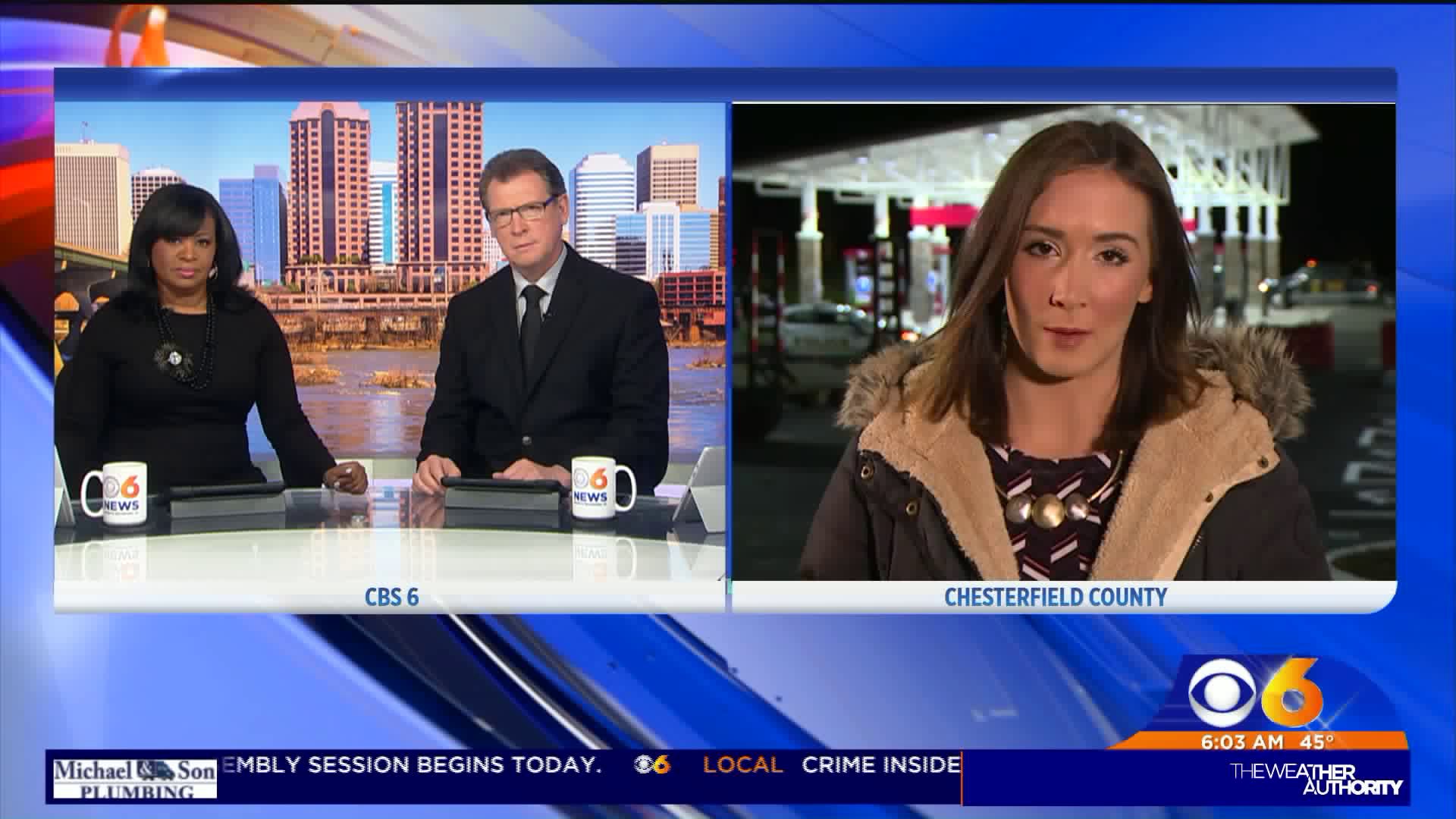 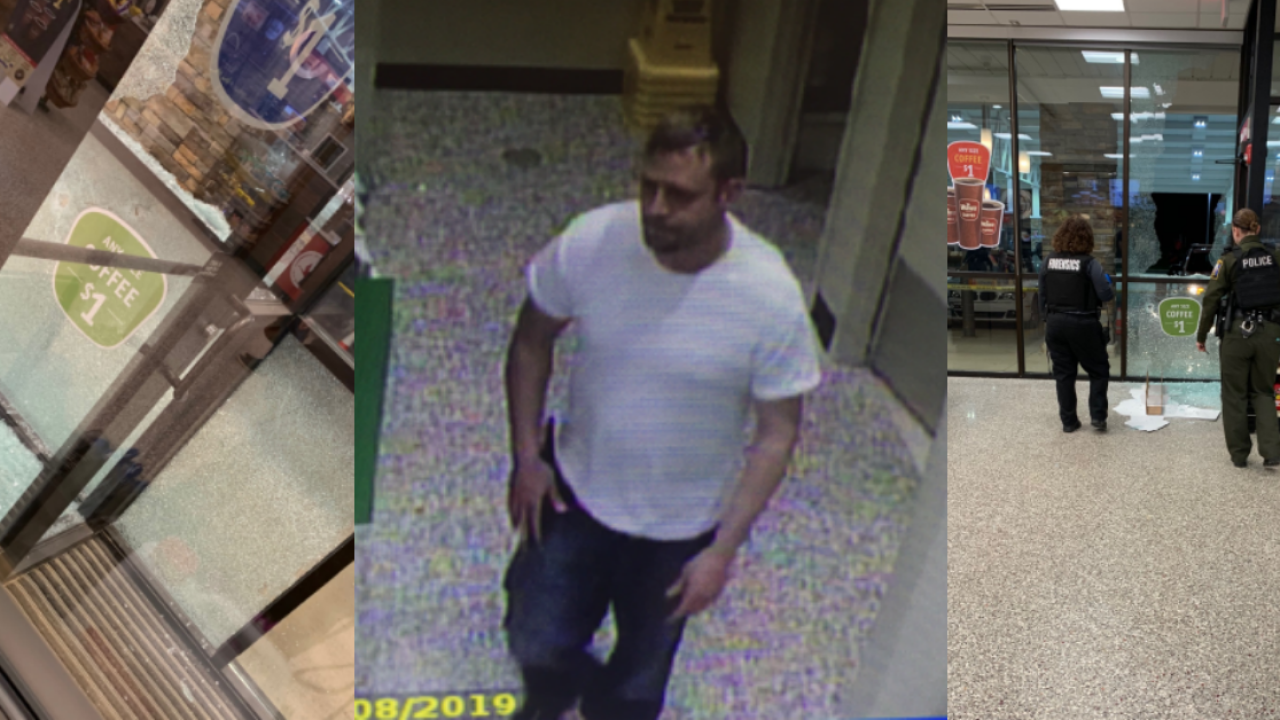 CHESTERFIELD COUNTY, Va. -- A man was taken into custody early Wednesday morning following a fatal shooting at a Chesterfield County Wawa, according to Crime Insider sources. Chesterfield Police continue investigating the shooting that left one man dead at the Wawa near Otterdale and Hull Street roads.

The suspect was taken into custody following a police chase that started in Powhatan and ended near Interstate 295 and Route 301 in Henrico County, according to those Crime Insider sources.

Around 7:13 p.m., police responded to the Wawa on the 16000 block of Otterdale Station Way for a report of a male victim suffering from multiple gunshot wounds. The man was taken to the hospital where he died.

The shooting, police said, did not appear to be a random act of violence.

Police are investigating a shooting at the Wawa at 16000 Otterdale Station Way.
At this point, this DOES NOT appear to be an active shooter situation.
One adult victim was shot and suffered life-threatening injuries.
Anyone with info should call @CCPDVa or @CrimeSolversCCH.

The shooting happened while the victim was just outside one of the entrance doors, according to Crime Insider sources. Those sources said the man's daughter was with him when he was shot.

A witness said she heard gunfire and the sound of shattered glass. She then ran into the bathroom to hide and pray.
When she emerged from hiding, she and others tried to help the victim until rescue crews arrived.

Upon returning outside, she found that the back of her SUV had been hit by gunfire.

Police continue to investigate and urge anyone with information to contact the Chesterfield County Police Department at 804-748-1251 or Crime Solvers at 804-748-0660 or through the P3 app.