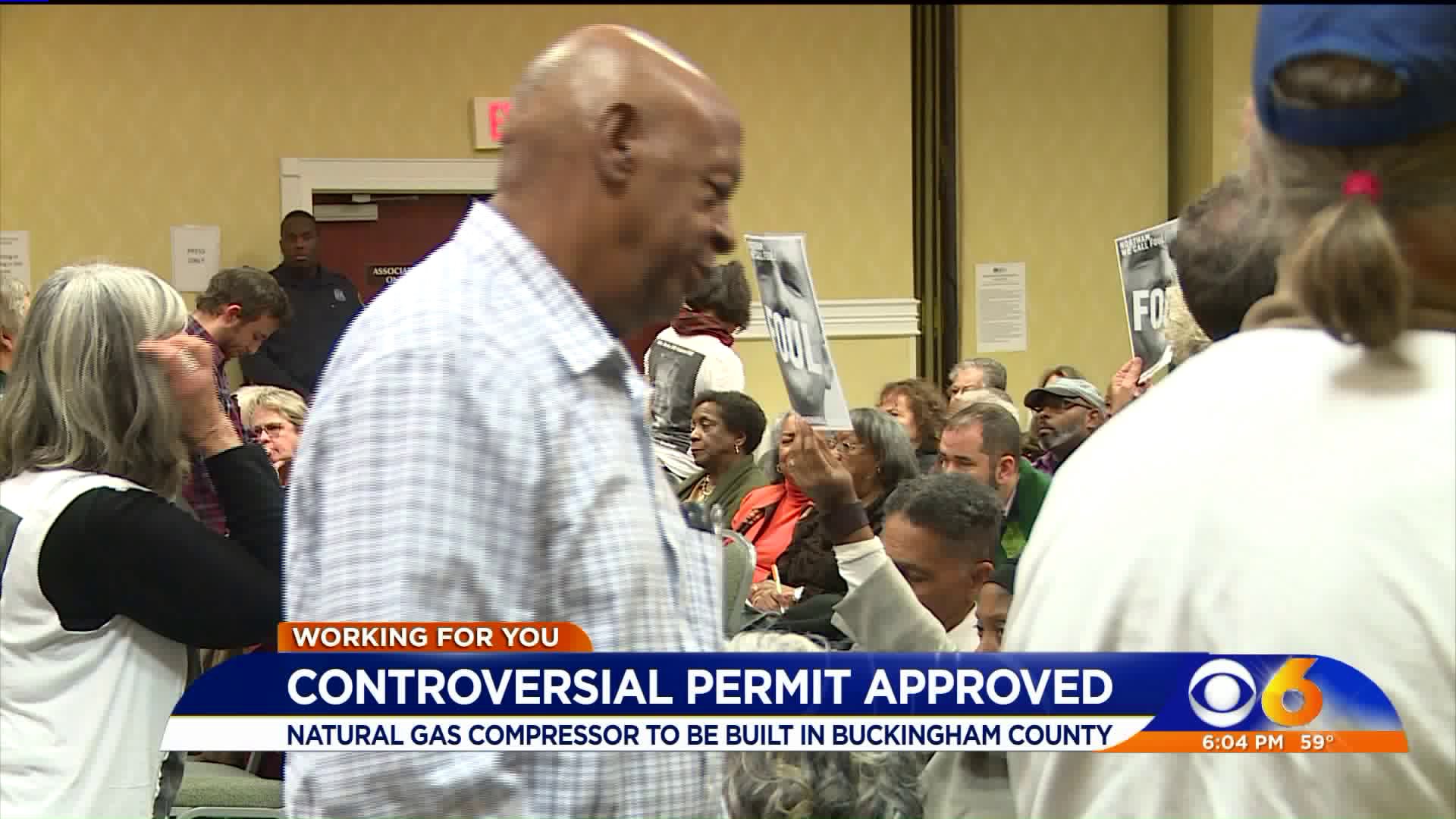 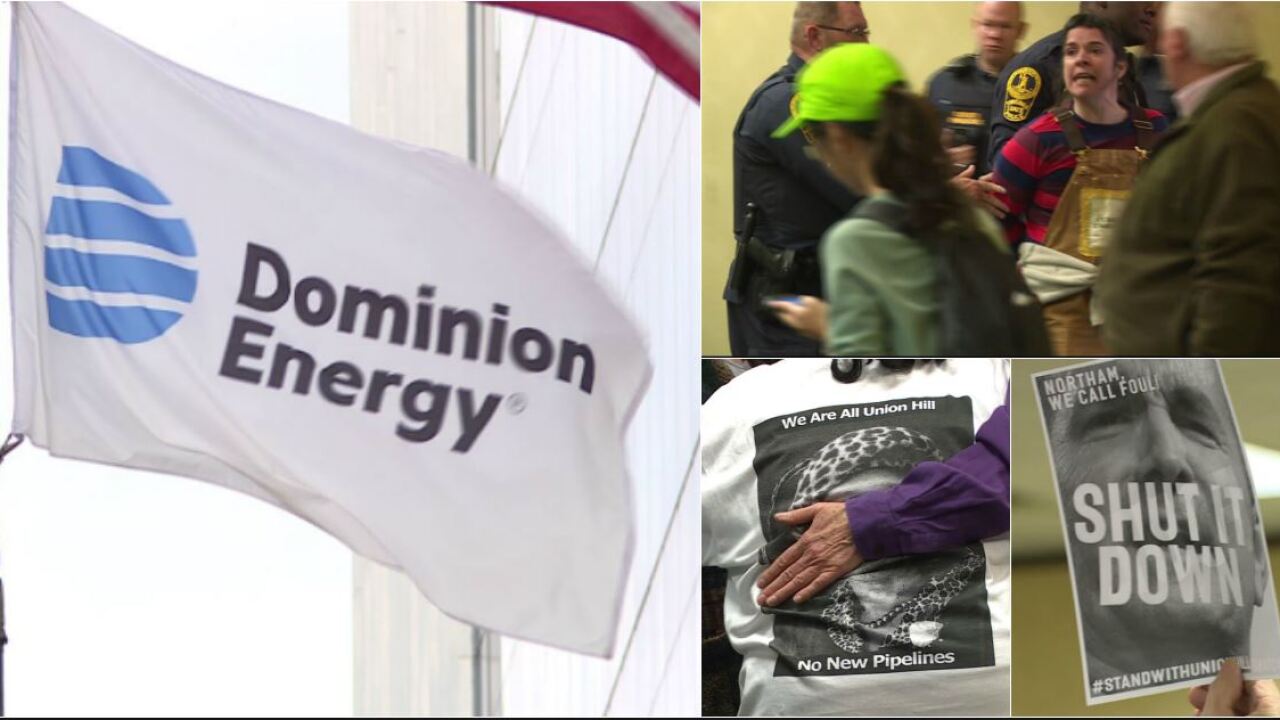 RICHMOND, Va. -- The State Air Pollution Control Board voted 4-0 Tuesday to approve permits for a natural gas compressor in Buckingham County. The compressor is key to the controversial Atlantic Coast Pipeline, a natural gas pipeline backed by Dominion Energy.

"Today’s unanimous approval is a significant step forward for this transformational project and the final state approval needed in Virginia," Dominion Energy spokesperson Karl Neddenien said. "We commend the Board members and Virginia DEQ staff for the months of hard work and careful study they dedicated to reviewing this permit. We also appreciate the thoughtful input provided by members of the public."

Much of that input has come in the form of protests across the state. The protests continued during Tuesday's meeting where some of those who oppose the pipeline were removed for speaking out of turn.

As the board members have been speaking ahead of the vote, more in the crowd are speaking out and being removed by police. Most being walked out. I believe this woman was the first taken away in handcuffs. pic.twitter.com/IAaDaz80br

"[Virginia] Governor Northam officially took ownership of the Atlantic Coast Pipeline and the Buckingham Compressor station, which includes elements of environmental racism," Harrison Wallace, Virginia Director of Chesapeake Climate Action Network, said in reference to the governor's removal of two board members prior to Tuesday's vote. "Working with his controversial DEQ on behalf of a deeply controversial fossil fuel company, Northam clearly tipped the scales in favor of approval of this compressor station."

While the newly-appointed board members did not vote Tuesday, opponents felt the removal of board members during the process was an untoward decision.

"This vote serves as further proof that Dominion has bent Virginia’s government to its will," Appalachian Voices Virginia Program Manager Peter Anderson said. "It is an affront to the citizens of the Commonwealth and to the concept of environmental justice, which states that no community should bear a disproportionate burden from adverse environmental impacts. We stand in solidarity with Union Hill. This fight is far from over."

Dominion Energy argued the compressor would not be detrimental to the community, with most air emissions at the station "50 to 80 percent lower than any other compressor station in Virginia."

"This permit is the most stringent air permit with the strongest environmental protections of any compressor station in the country," Neddenien said. "While the approval process has concluded, we know we have to continue building trust in the community. It will begin with the investments we’re making in a new community center and rescue squad, but it will not end there. We have a profound respect for this community and its history, and we will continue working together to build a better future."

The is a process in place for those who opposed the Buckingham compressor to appeal Tuesday's vote.

Those who oppose the compressor point to the loud noise and air pollution it could bring to the predominantly African-American community of Union Hill.

"The people of Union Hill and Buckingham County have the right to walk out of their homes and breathe healthy air," Wallace, with the Chesapeake Climate Action Network, said. "This decision will infringe upon that right for a generation."