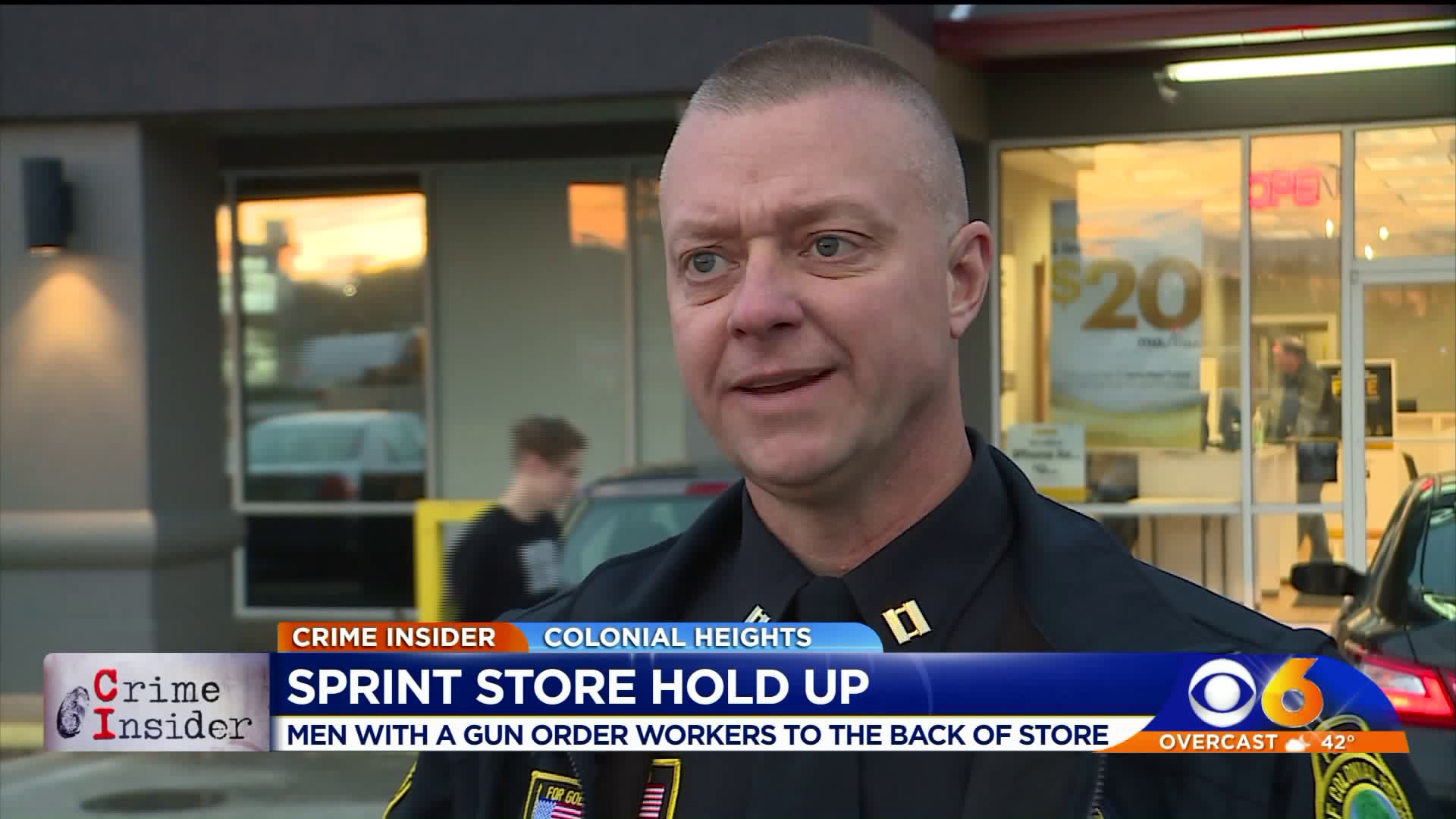 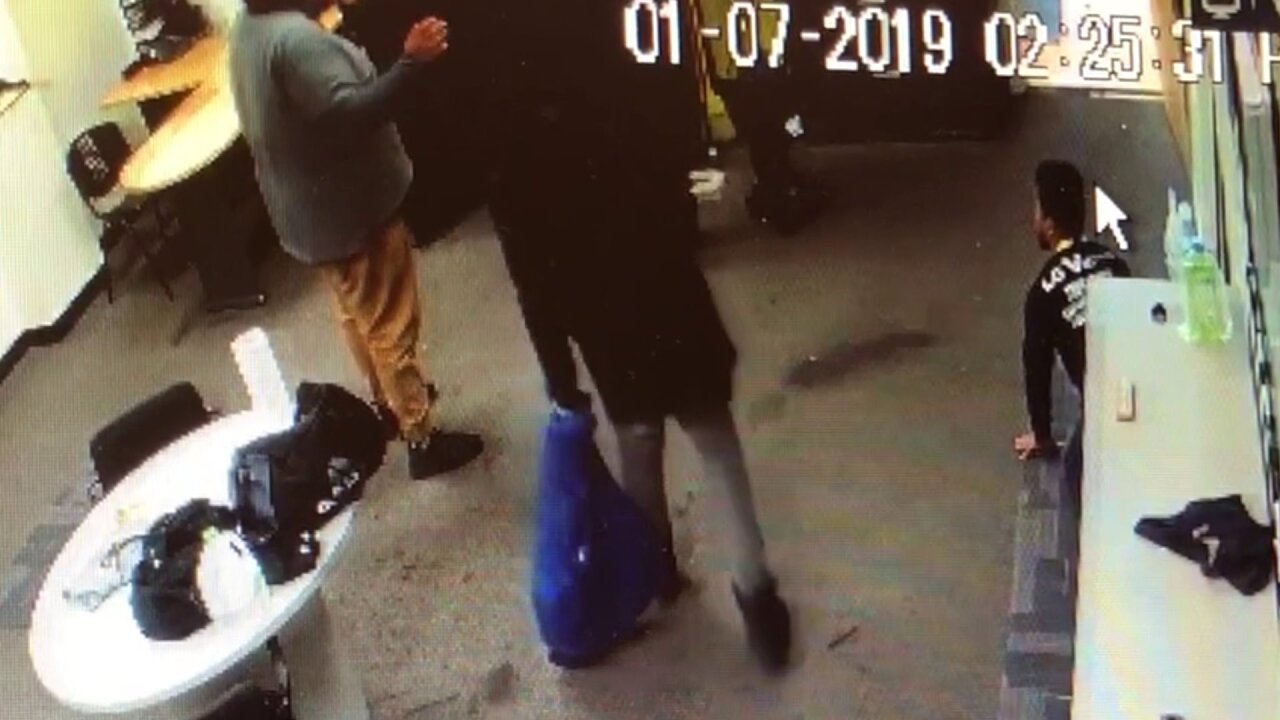 COLONIAL HEIGHTS, Va. -- A terrifying afternoon for employees inside a Colonial Heights Sprint store after a gunman came through the front door of the Temple Avenue store Monday and directed two male employees to the back room, according to police.

"The suspect forced employees to the back of the store, where they opened the back door and let another suspect in," Colonial Heights Police Capt. William Anspach said.

Once inside, the Sprint workers were ordered to the floor, only allowed to get up when an unsuspecting customer walked in.

"During the time a customer came in, the suspect directed the rep to go take care of the customer,” said Anspach. “The customer did not know what was happening and left.”

"Scary, I could've been up in there. I'm, I'm gonna’ have to check up on them,” Sprint customer Deborah Buford said.

A large number of cell phones were swiped and the two robbers left in a car, police said.

"They got into a black, four-door Lexus, late model and left the area,” said Anspach.

Detectives and a K-9 officer remained on scene for about an hour-and-a-half, debriefing the two store employees.

Because it was the middle of the day, in a highly visible and traveled place, the crime has unnerved those who frequent the area.

"You worry about going out at night,” said Buford. “I'm in before dark, but lunch time? I never thought I'd have to worry about something like it before dark."

Colonial Heights Police said the gunmen men wore masks that covered half of their faces.

If you were in the Temple Avenue area and saw the Lexus speeding away or two men acting suspiciously, call Chesterfield/Colonial Heights Crime Solvers at 804-748-0660.