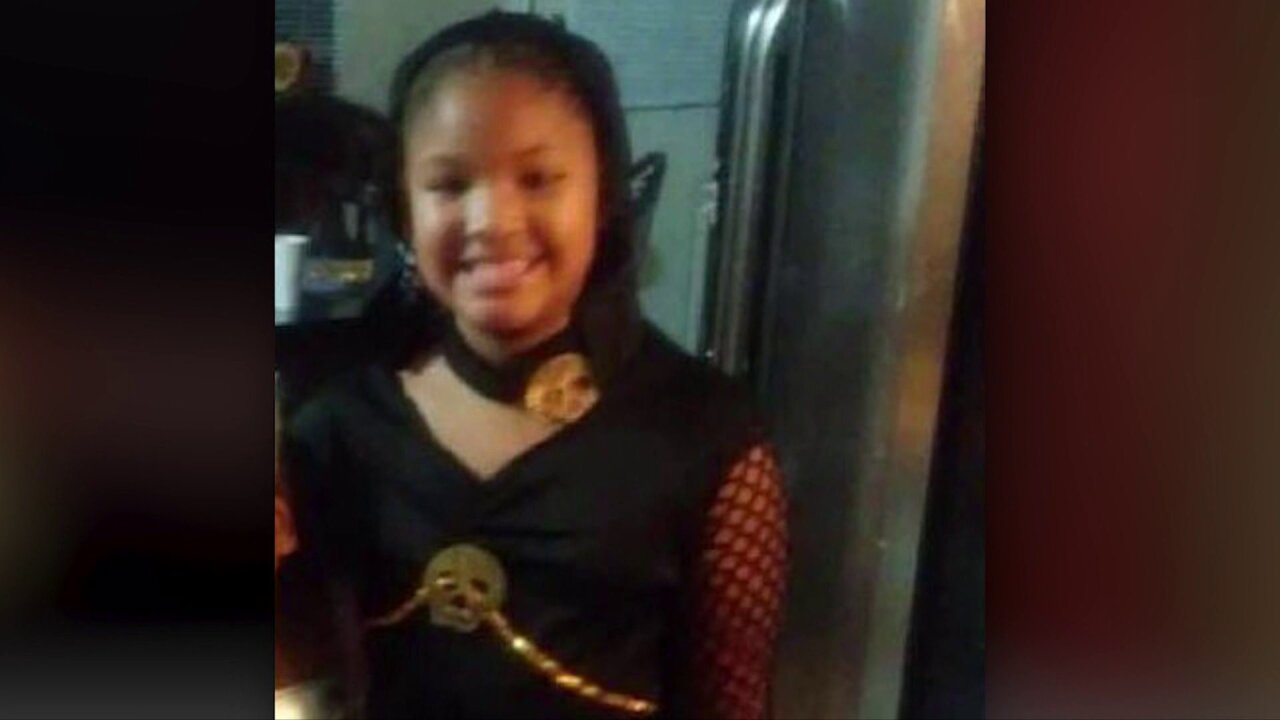 HOUSTON — Frustrated that a suspect in the shooting death of a 7-year-old Jazmine Barnes was still on the loose, a civil rights attorney and an activist turned to social media to help police hopefully make a break in the case.

The two former college classmates, who have worked on other cases, joined again to offer a reward for information leading to the arrest of a suspect in the early Sunday drive-by shooting of Jazmine Barnes in the Houston area. The reward had grown to $60,000 by Wednesday evening, King wrote on social media.

Harris County Sheriff Ed Gonzalez said Wednesday that authorities have had lots of tips but no breaks in the case. The gunman has been described as a bearded white man, possibly in his 40s, driving a red or maroon pickup. The victims in the shooting are black.

“The information that we had was very dry, very stagnant: a white male with a beard and a red truck,” Merritt, 35, said Wednesday. “After sitting with that for 24 hours, and no additional details … nothing coming forward, we wanted to do something additional that might help to get the ball rolling.”

King could not be reached on Wednesday.

Merritt, who has offices in Dallas and Philadelphia, headed to Houston on Wednesday to serve as an adviser to Jazmine’s family.

Merritt, who represents the family of Botham Shem Jean, an accountant who was killed in his apartment by a Dallas police officer, said he had seen families in mourning after tragedy, and felt compelled to help Jazmine’s family through its grief.

“I have to sit with a lot of families who are going through the most tragic event that any of us can imagine. … These people are hurting,” he said. “They’re dealing with the nuts and bolts of burying a loved one,” he said. “So, I’ve been put in a position where I can help people, largely based on community recognition.”

Jazmine was killed when the pickup pulled up next to her family’s car and a man opened fire, the Harris County Sheriff’s Office said.

The family was still in their pajamas when they made the early morning coffee run.

Gonzalez has said Washington and her four daughters didn’t appear to do anything to prompt the incident. The shooting was unprovoked, he said.

‘Urgent. All hands on deck’

Before offering the reward, Merritt said he and King used their social media platforms to solicit information to help apprehend the gunman.

Two days after the shooting, King put out a tweet rallying people to help with the case.

He wrote: “URGENT. ALL HANDS ON DECK. A 40 y/o white man w/ a beard in a red pickup truck pulled up on 7 y/o Jazmine Barnes and her family near a Houston @Walmart and shot and killed her and injured others. I am joining the search for her killer and have a $25,000 reward. Need him NOW.”

By Wednesday evening, King wrote on Twitter that he had filtered through hundreds of tips: “Mostly garbage. All well meaning. 3-4 helpful. Working with the family and local authorities. Some promising leads, but not nearly enough.”

Hundreds of people have donated more than $30,000 by Wednesday to GoFundMe account to help Jazmine’s family pay for any expenses.

‘We want to wake everyone’s consciousness’

King and Merritt have been friends for about 20 years, since their days at the historically black Morehouse College in Atlanta.

Over the years, they worked together on several cases, including the fatal shooting of Antwon Rose II, a black teenager killed by police outside Pittsburgh in June.

Four suspects were later arrested in connection with the beating, CNN affiliate WIVR reported. Three have been convicted and one is awaiting trial, according to WIVR. Harris, who was represented by Merritt, was acquitted of charges he assaulted a white protester at the rally.

Gonzalez said authorities are grateful for the efforts of Merritt and King.

“We want to awake everyone’s consciousness to this and bring more attention to it. So, whatever the motivation may be for someone to be able to call in with that tip and get some extra money we are all for it,” Gonzalez said Wednesday.