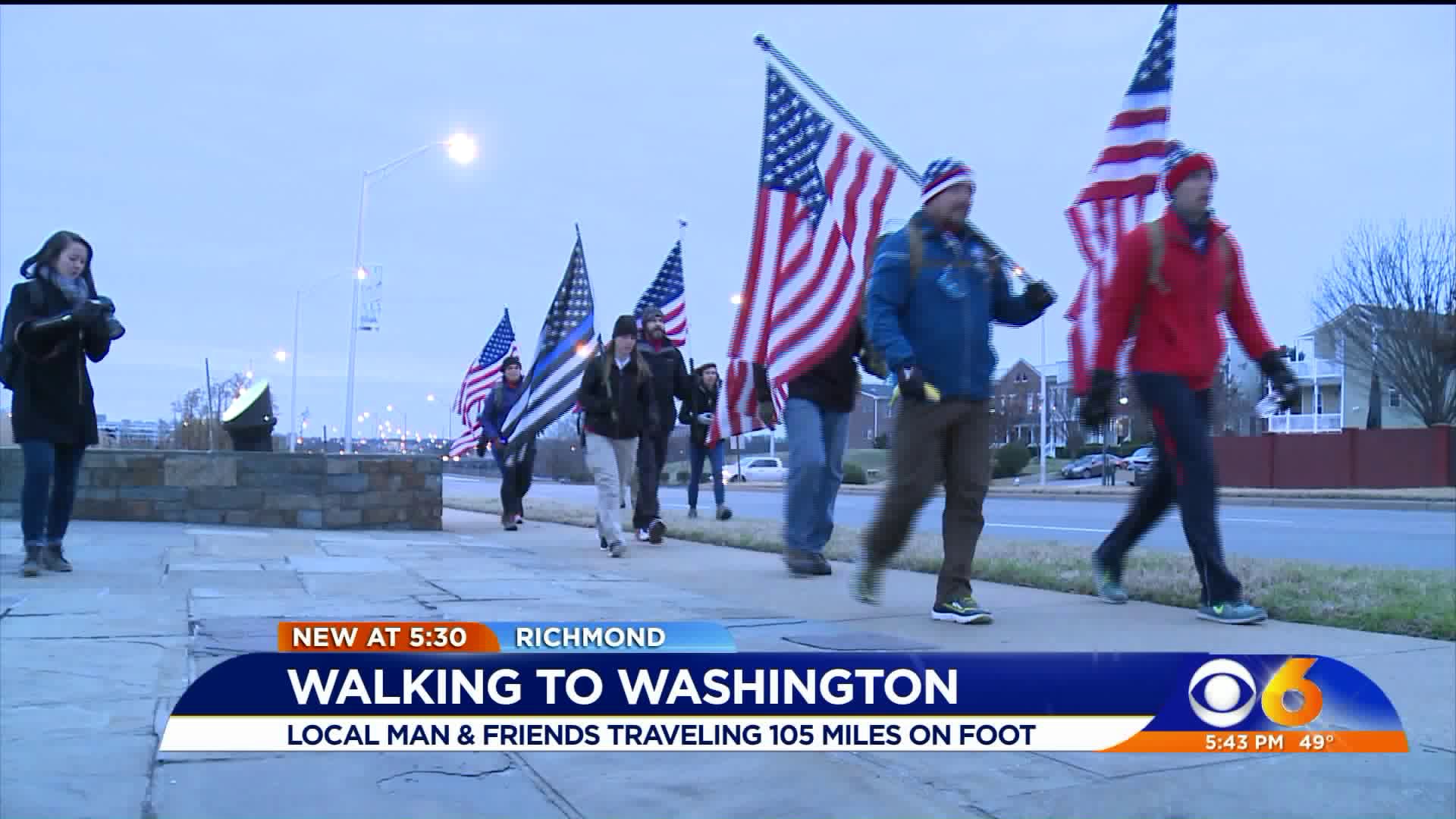 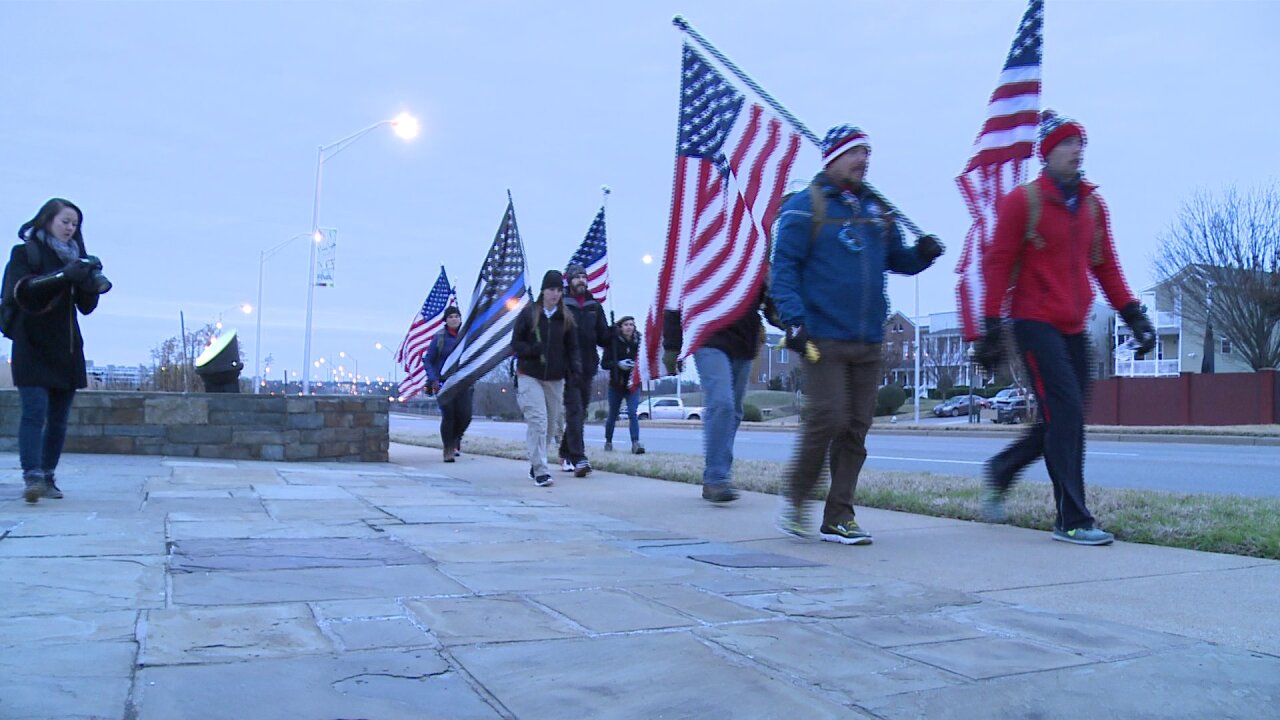 RICHMOND, Va. -- For the sixth year in the row, a roughly 105-mile march to raise support for military veterans set off Friday morning from the Virginia War Memorial in Richmond.

The plan was for the march to get to Arlington National Cemetery within 48 hours.

While many people may take part in the march, or portions of it, the founder of the ruck, Vic Wise, plans to walk the entirety of it as he has done for the past six years.

Wise, originally from Staunton, Va., but now living on the West Coast, created the ruck in 2014 as his way of saying thank you and raising awareness for the sacrifice of service men and women.

He said he has several friends and family who served in the military, including his father, who is a retired Army First Sergeant.

The ruck also raises money for the Navy SEAL Foundation and Wise said the ruck has raised around $40,000 to date.